As Wall Street analysts debate what comes next amid heated rhetoric over tariffs and retaliation, investors aren't sticking around to find out.

The S&P 500 Index tumbled in late trading Friday, with the cascading losses wiping almost $1-trillion from global equity markets since President Donald Trump touched off a trade skirmish with China.

The late swoon broke hours of indecision on equity markets as investors and analysts debated whether the new protectionist rhetoric would upend the global order or be dialed back.

"You don't know what will happen over the weekend in terms of tariffs, trade wars or side agreements," Tom Mangan, senior vice president of James Investment Research in Xenia, Ohio, said by phone. "But I think people are tired of the whole mess and are willing to take some money off the table and go home."

While investors clearly want to keep risk off the table heading into the break, the Street remains divided on how the latest unease will play out. Here's what money managers and analysts are saying:

"Although Trump might not get us into a full-blown trade war, it sure seems like he is intent on changing the situation in a significant way. Therefore, we think those who say it will be a non-event...are on shaky ground."

"In these types of situations, the initial messaging can be quite protectionist in nature. After the fact, more frequently than not, President Trump has managed to make concessions that have alleviated some of these concerns. We would expect -- the first reaction notwithstanding -- that there will be discussions that will moderate the outcome."

"A compromise is 'within reach.' "Successful negotiations to preclude escalation and thwart tangible impact on consumers are the signposts to watch -- there will likely be volatility along the way, but the president and his party cannot afford an open-ended trade war."

"I'm still struggling to see how tariffs on washing machines, solar panels, steel (even though about 70 percent of imports have been temporarily exempted), aluminum (here too) and about 100 products on Chinese imports is going to directly deal with the Chinese theft of American company IP. Peter Navarro and Wilbur Ross have failed to persuade me. Kudlow, when is your first day at work? How far does this go? How much will it cost American business and American consumers as we find out?''

"Trade and tariffs will be an issue for at least the coming weeks, if not months. The ability for this to spiral doesn't seem high but it is a growing possibility, especially with Gary Cohn's resignation. In our view, the domestic & global rhetoric and repercussions spurred from tariff talk and Cohn's departure will likely weigh on the market in the near-term and keep a bid to volatility."

"The legal language behind this move is, frankly, tame. This was similar to the steel/aluminum tariffs. In reality, virtually every major steel exporter to the U.S. has acquired an exemption. And for all the drama of yesterday's announcement, the legal paper work is, frankly, general and non-threatening.''

"All eyes will be on China, which has no interest in escalating the conflict unless non-economic reasons such as the U.S. potentially strengthening its ties with Taiwan -- which Beijing argues is a violation of the "one China" policy -- were to start to dominate Beijing's thinking. So far, measured response has not provided relief for markets."

"The decision injects downside risk to our outlook for four rate hikes by the Federal Reserve this year. If activity slows or labor market conditions weaken, we believe the Fed would be more likely to delay its normalization plans for interest rates even if higher import prices boost short-term inflation outcomes. A more serious escalation that threatens the U.S. recovery could lead to a pause in balance sheet normalization, though it is far too early to draw any such conclusion."

Tariff announcements are "slightly less negative than expected" and "we would expect that these sectors would include, at a minimum, the areas highlighted in the 'Made in China 2025' report: 1) next-generation information technology; 2) automated machinery, tools and robotics; 3) aerospace equipment; 4) maritime equipment and high-tech shipping; 5) advanced rail equipment; 6) new-energy vehicles and energy-saving technology; 7) electrical/power equipment; 8) agricultural equipment; 9) new materials; and 10) biopharma and advanced medical devices." 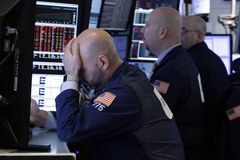 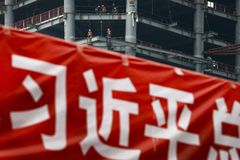