Whenever markets are as volatile as they have been in recent weeks, investors yearn for stability in their portfolios. Cash is a safe haven, but you're not likely to earn more than 1.5 per cent on savings accounts these days. And while bonds can provide ballast when stock markets are roiling, their prices can be volatile, too. If you want zero volatility and a respectable yield, you need to turn to GICs.

It's time we gave the humble GIC a little more respect. Guaranteed investment certificates are often dismissed as stodgy products for people with no appetite for risk, but that's unfair. Used properly, they have a place in almost any balanced portfolio, where they can be a complement to bonds.

GICs offer better yields than federal bonds of the same maturity, without additional credit risk. These days, the yield on five-year Government of Canada bonds is less than 2.15 per cent, whereas you can find five-year GICs paying as much as 3.25 per cent. That's about 50-per-cent more interest.

GIC yields also compare favourably with those of bond ETFs. The Vanguard Canadian Aggregate Bond Index ETF (VAB), for example, holds government and corporate bonds with an average term of over 10 years and a yield to maturity of 2.4 per cent. That's about the yield you'd get if you spread your money evenly across GICs with terms of one to five years – a technique called laddering.

Usually higher yields come with more risk, but that's not the case with GICs if you stay within the limits of the Canadian Deposit Insurance Corp. The CDIC is backed by the federal government, and amounts up to $100,000 are insured against default. (For details on this coverage, visit cdic.ca.)

Remember that CDIC limits include interest as well as principal, so if you're buying a compound GIC (one that reinvests the interest rather than paying it in cash every year), you should limit your purchase to well under $100,000. For example, if you're considering a five-year compound GIC yielding 2.75 per cent, keep the face value to about $87,300: five years of compounding interest will make the GIC worth just less than $100,000 by its maturity date, so you'll be fully covered in the event of a default.

Investors may not enjoy volatility in stocks, but they accept it's inevitable. They're far less tolerant of price swings in their bond holdings, however. Any time interest rates tick up, both bond funds and individual bonds can fall in value, and price declines of even a percentage point or two can make investors wonder why they should hold fixed income at all.

When markets are wildly unpredictable, GICs may be the only steadfast holding in your portfolio. If you buy a GIC with a face value of $25,000 and interest rates rise the following week, your account will still show that same $25,000 value. Indeed, if you buy a compound GIC, you'll watch its value grow steadily with each interest payment and it will never decline in price.

Granted, this price stability is something of an illusion. If GICs were priced daily as bonds are, then their values would also move up and down with changes in interest rates. But that doesn't seem to matter to investors looking for something immovable in a volatile market.

Interest income is fully taxable, so GICs are not particularly tax-efficient compared with, say, Canadian dividend stocks. (Both Canadian dividends and capital gains are taxed at lower rates than interest.) But GICs can be much more tax-friendly than alternatives such as bond ETFs.

These days, many bonds trade at a premium to their par value, because they were issued when interest rates are higher than they are today. Premium bonds have higher "coupons" (interest payments), but this benefit is offset by a capital loss when the bond matures at face value. In an RRSP or TFSA, the differences come out in the wash. But in a non-registered account, premium bonds are terribly tax-inefficient.

To understand why, consider two investors in a 30-per-cent marginal tax bracket. The first buys a simple $10,000 GIC that pays a 2-per-cent yield. She receives $200 in interest and pays $60 in taxes, for an after-tax return of 1.4 per cent.

The second investor has a $10,000 holding in a bond ETF that pays 3 per cent in interest ($300), but suffers a capital loss of 1 per cent ($100) because it's filled with premium bonds. Before taxes, the ETF's total return is 2 per cent, the same as the pretax return on the GIC. However, the bond investor will pay $90 in taxes on that $300 in interest, making his after-tax return just 1.1 per cent.

Even if the ETF investor sells his holding and realizes the $100 capital loss, the best he can do is use it to reduce a capital gain elsewhere in his portfolio. And since capital gains are taxed at half the rate of other income, it won't be enough to fully offset the additional tax he paid on the interest.

Despite the advantages of GICs, bonds still have the edge in other respects, so most balanced portfolios should hold a mix of both. Before you dump all of your bond holdings, make sure you understand the limitations of GICs.

The main downside of GICs is that you're locked in until their maturity date. (Cashable GICs are available from some banks and credit unions, but they pay significantly less interest.) So unless you're certain you won't need your money for one to five years, GICs aren't appropriate. Bond ETFs – as well as government and most corporate bonds – can be sold at any time, which makes them more suitable for investors who may need to dip into their investments to meet an unexpected expense.

Liquidity is also important if you need to rebalance your portfolio. Say your target asset allocation is 50-per-cent stocks and 50-per-cent fixed income, and stocks fall sharply in a bear market. To get back to your targets, you'll need to sell some fixed income to buy more stocks, but you can't do that if you hold all GICs and no bonds.

Perhaps the best way to use GICs in your portfolio is to build a ladder. That means putting equal dollar amounts in GICs with terms of one, two, three, four and five years. Every year one GIC will mature, and you reinvest the proceeds in a new five-year GIC to renew the ladder. But while this strategy can be elegant, it's not always practical for investors with small portfolios: many brokerages have minimum-purchase amounts for GICs, which can be $5,000 or more.

Moreover, if you're contributing to your RRSP or TFSA regularly, you can set up automatic purchases with a bond mutual fund, or make small trades with bond ETFs. GICs don't offer that kind of flexibility and aren't well-suited to investors who are saving a little money each month.

It's been a while since bonds proved their worth as a safety net, but let's not forget that during a market crash, interest rates typically fall. That pushes up the value of bonds, offsetting at least some of the losses in a balanced portfolio. When global stocks plummeted in 2011, for example, short-term bonds rose more than 4.5 per cent, and broad-based bond funds returned over 9 per cent, cushioning the blow considerably. GICs would have held their ground, but you wouldn't have enjoyed any price appreciation.

Dan Bortolotti, CFP, CIM, is an associate portfolio manager at PWL Capital in Toronto. He is the creator of Canadian Couch Potato, an award-winning blog about index investing. 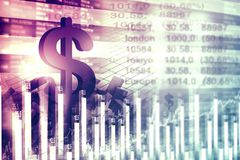 How to beat the banks on GIC rates
Subscriber content
January 4, 2018