With market declines of 10 per cent or more a regular occurrence and with rock-bottom interest rates, cash is looking appealing.

Individuals who have money to spare and a penchant for fun might want to consider some alternative asset classes, ranging from art to airplanes.

Indeed, so many individuals in the so-called ultra high net worth demographic (often defined as those who have $25-million or more in investible assets), are interested in such areas these days that a growing number of Canadian bankers are specializing in them. But advisers caution that these asset classes are very different from your traditional stocks and bonds, and should remain a small portion of an overall portfolio.

The most accessible of these areas is art. It can also be one of the safest, depending on the specific artwork that's chosen. Experts say that those of very well-known artists, in the league of Picasso or Van Gogh, tend to keep their value and provide a degree of inflation protection over time.

But many people are interested in what's new and hot – currently one of those areas is Chinese art – and such purchases can be more of a gamble.

Robin Anthony, the curator at the Royal Bank of Canada, suggests that at the end of the day, art should be about more than dollars and cents. "It's important that people should look at many types of artwork, and if they're going to make a purchase, to choose something that really resonates with them personally and something that they want to enjoy living with," she says.

She adds that it's important to do research and be informed. That can include trips to museums and art galleries, perusing art publications, and attending a few auctions and art fairs. It will also help to develop relationships with art dealers, gallery owners, and art advisers.

While great artworks rarely go down in value, it can be difficult to sell them and so, like all of these alternative assets, they are not a good idea for those who need liquidity. There tends to be a lag between economic slumps and lulls in the art market, Ms. Anthony says. And she does caution that artwork does not always generate a profit.

Art is not everybody's cup of tea. For those who are looking for something that adds a bit more pizzazz to their lifestyle, or conversely, is just plain practical, an airplane might be just the ticket.

"A lot of our clients are very, very interested in purchasing their own aircraft," says Bob McGuire, Global Market Manager of Citi Private Bank in Canada. "We have people on staff that can advise them, depending on how much usage it's going to get, on whether it should be new, used and what type of aircraft."

This area is so big that Citibank has recruited a few ex-pilots to its team.

Owning an airplane could be viewed as a luxury or a necessity, depending on an individual's travel schedule and wealth.

"Aircraft tend to be viewed more as a mode of transportation, as opposed to an investment," says Mr. McGuire. And, like a car, it's an investment that tends to depreciate rather rapidly, "although, well-timed, some people have made money in buying future deliveries and selling them at higher prices," Mr. McGuire says.

A private plane doesn't come cheap. "If you want just a small plane that will take you from Toronto to Vancouver, brand new, you're probably looking at maybe $20-million," says Mr. McGuire. "That's a nice eight-seater. But if you want to fly all the way to say Athens or Hong Kong, there you're talking probably $45-million or $50-million."

If an airplane's purely for business travel and practical purposes, it might not do enough to kick your lifestyle up a notch. In which case, a sports team could be a decent investment – if you can get your hands on one.

Jim Balsillie, the co-chief executive officer of Waterloo, Ont.-based BlackBerry maker Research in Motion, has become the poster boy for ultra-wealthy individuals who are yearning to own a team (in his case, hockey). But, to date, he hasn't succeeded.

Brad Rangell leads the group of bankers at Citi who are dedicated exclusively to helping individuals buy and sell sports teams, and he's helped individuals sell their stakes in the Detroit Pistons and St. Louis Blues, among dozens of others.

He says that today he sees fewer clients wanting to buy a team because of ego or vanity, and more wanting to get into sports for business reasons. For instance, the individual might already have a media or real estate company that could partner with the team. Or they might feel that they would be better placed to turn a struggling team around, thereby boosting the return on their investment. Or they might just want to hold their professional meetings at a stadium rather than in a boardroom. There can also be tax reasons to do it, Mr. Rangell says.

While the financial crisis has dented the value of some teams, in most instances, these investments are relatively safe financial bets, he suggests.

"There is scarcity to the assets, so that's why prices tend to generally hold up. … There are only 122 teams in the four major [North American]professional sports that could be for sale, and only on average anywhere between five and seven of them come up per year. So really, it's not that often."

While a billionaire could afford to buy a sports franchise on their own, others might be wiser to "team up" and split the cost.

But choose partners wisely, because dealing with the leagues, who are all-powerful when it comes to these sales processes, is an arduous process that requires both skill and personality. "You need to know the right people," Mr. Rangell says.

If you navigate the hurdles, can you make a decent profit?

"You can," says Mr. Rangell. "You have to be patient, you have to have a plan. …You have to know when to say no to both the transaction itself and maybe to the fans."

Can you make more money than you might in other asset classes?

"I wouldn't dare try to compare it to other investments that are out there," says Mr. Rangell. These plays are buyer beware. But you'll be able to dine out on the stories for years to come.

Tax strategies can be a matter of trust
November 18, 2011 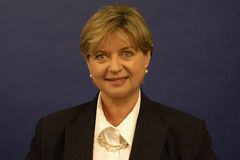 There's no place like a second home for wealthy investors
November 18, 2011 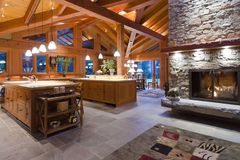 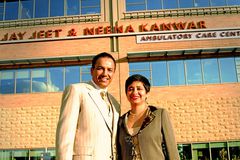 Offshore tax loopholes closing, but there are other strategies
November 11, 2011 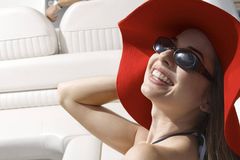 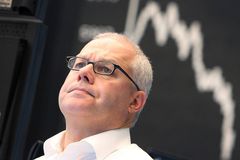 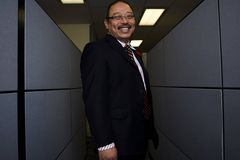