As a value investor, I hate to pay full retail price for anything, so I have only recently picked up a copy of Malcolm Gladwell's latest book, David and Goliath, at the used book store. The title explains the thesis: As a skinny shepherd boy, David correctly chose not to challenge Goliath to close-combat physical confrontation. Recognizing his competitive disadvantage, David chose to tilt the playing field in his favour and struck Goliath down with the long-range ballistic missile of its day, a stone launched from a sling. The rest of the book provides examples of people who took an apparent disadvantage, such as dyslexia, and turned it into a competitive advantage – for example, a trial lawyer with a great recall for oral witness testimony rather than written case law.

This line of thinking has great application for the individual investor doing her own investment research and analysis. Why on Earth would you attempt to analyze and select the major names in the stock market when you are competing with an infinite number of sell-side analysts who devote their entire careers to the research of a handful of stocks in one industry? In my experience, individual investors do it because they think that they are smarter than the average sell-side analyst. You may be correct in a one-on-one situation, but in the stock market, you are competing with the aggregate intelligence of the universe of analysts and this is a playing field tilted against you.

CFA Society Toronto, which represents chartered financial analysts in Canada's largest city, has more than 8,000 members alone, and 11,000 more candidates sat for the 2016 CFA exams across the country. Competing against this group is like entering an Iron Man competition, where everyone else trains full time and you try to squeeze in some exercise on the weekend. Mr. Gladwell writes about students who made the mistake of competing to gain entry to an Ivy League college after a stellar high school career, only to discover they were a little below the average of this elite group. Instead of being proud to be members of the top 1 per cent of academia, they felt like failures and never achieved their personal goals. This is the competitive environment in the big-cap sector of the market.

How does this translate into the investing world? As a start, I suggest that for the core of your portfolio, you own index funds or ETFs for the major market indexes where you bring no competitive advantage. This doesn't mean that you shouldn't focus on sectors that you feel are currently out of favour (global energy and banking look like good candidates right now), but the execution should be through a passive cross-section of big-cap names in the form of an index fund or ETF.

For the active portion of your portfolio, you need to think about where (or if) you enjoy an intellectual or emotional competitive advantage. Note that you don't have to be smarter than the average investor – just more emotionally stable. A lot of investment opportunities occur because the facts are readily available to everyone, but most of us are unwilling to wait through the obvious downdraft and prefer to buy a stock when it is in the recovery mode. Often this is too late.

After a 40-year career on the buy side of the investment business, I believe that the most fertile ground for finding these candidates is the small-cap value sector: Small cap because there are few sell-side research analysts following these companies, and value because they are statistically out of favour and a little research on your part should determine whether the problem is structural and permanent or temporary. This playing field is clearly tilted in your favour, but you will only score the goals if you have done the research. A good starting point would be a screen of stocks trading at a low multiple of book value. Such a screen can be found on the Globe Investor website. 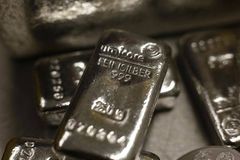 The Titanic risks of the global retirement system
August 12, 2016 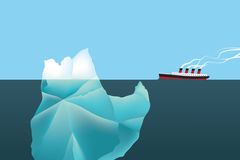 The most underrated reason funds fail to beat indexes, dividend stock picks, and a bullish BlackBerry call
August 12, 2016
Follow us on Twitter @globeinvestor Opens in a new window
Report an error Editorial code of conduct
Due to technical reasons, we have temporarily removed commenting from our articles. We hope to have this fixed soon. Thank you for your patience. If you are looking to give feedback on our new site, please send it along to feedback@globeandmail.com. If you want to write a letter to the editor, please forward to letters@globeandmail.com.
Comments