Investors in excavation company Badger Daylighting Ltd. have been enjoying the stock's big gains over the past year, but face an increasing dilemma in today's market of whether to sell or hang on and hope for even bigger benefits.

Stock in the Calgary-based company, which offers what it calls "non-destructive hydrovac excavation services," is up about 160 per cent over the past year and trading just shy of its recent record high.

Badger's key technology is its hydrovac machine that sends pressurized water into the ground, while a vacuum system sucks up the debris. The company is seeing a booming business in the energy and utilities sectors in both Canada and the United States.

The surge in shares, driven by a 36-per-cent increase in 2013 revenues compared to the year before, helped to earn Badger a spot on the S&P/TSX composite index late last year and prompted the company to split its shares three-for-one earlier this year to boost liquidity. The shares are up about 25 per cent since the split in late January.

Investors are giddy from the results. That's even though the stock is expensive, trading at 23 times next year's earnings.

"Sure it's trading at a … higher multiple, but you're paying for the growth," said Genevieve Roch-Decter, portfolio manager at LDIC Inc., which has owned the stock in its infrastructure fund and client accounts for about a year.

She expects the company to report another strong quarter when Badger releases its first-quarter earnings, which are slated for release on Wednesday. "I think the stock has a good valuation and you're going to continue to see them grow."

Both analysts who cover the stock have a "buy" recommendation on it, citing Badger's leading position in the market. Badger has a fleet of almost 800 trucks, which the company says is the largest network of mobile hydrovac excavation systems in North America.

The company is gaining traction amid growth in new underground infrastructure develop- ment as well as the need to repair aging infrastructure.

"We continue to view Badger as an exceptionally well-run company with a proven track record," Canaccord Genuity analyst Sara Elford said in a recent note. She has a $38 price target on the stock.

Badger shares hit a record high of $43.65 on the Toronto Stock Exchange on April 1, which takes into consideration the three-for-one split in January. The shares have since fallen back to around $37.

About 55 per cent of Badger's overall revenue is from the petroleum industry and the other 45 per cent from utilities and general contractors.

Geographically, revenue is split almost evenly between Canada and the U.S., as the company expands its business south of the border.

"While Badger has built a presence in the U.S. over the past 10 years, we believe the growth potential and upside in the margins ... will provide the greatest growth opportunity," Ms. Hughes said in a note.

Some caution investors who may be looking to buy the stock at this stage, saying it's too pricey.

"If you own it, you sell a piece and if it goes down some it's not terrible because you're still way ahead, but as a new entrant it would be tough. … If the sentiment changes, the multiple could pull back." 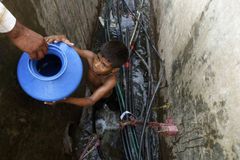 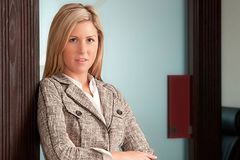 Missed the big rally in Methanex shares? Have another look
May 12, 2018