Canadian banks are set to begin resuming dividend hikes after a two-year pause, a move that would signal a turning of the page from the financial crisis, although the pace of increases could be more subdued than in years past.

While only one or two of the country's lenders are likely to raise their payout when fourth-quarter reporting season begins at the end of the month, others are expected to follow next year.

The increases, foreshadowed by an easing of spending limits by Canada's bank regulator in September, highlight the strength of Canada's financial sector when compared with those in the United States and Europe, particularly as Ireland grapples with a debt crisis and a funding-starved bank system.

Canada's banks, in contrast, emerged from the financial crisis requiring no bailouts, and a resumption of dividend hikes would clearly signal that the sector is returning to business as usual.

"I believe that the Canadian banks are going to increase their dividends to put that signal out to the marketplace," said John Aiken, an analyst at Barclays Capital in Toronto.

In addition to the go-ahead from the regulator, banks were waiting for G20 leaders to endorse a package of global banking reforms at their meeting in Seoul last week, which they did.

Weak capital markets during the third quarter prompted some of the country's banks to report lower profits, but income from their core retail operations were stronger, and the banks have built up capital ratios well above industry norms, meaning the capacity for spending is there.

National Bank of Canada is widely expected to be the first of Canada's big lenders to raise its payout, possibly when it reports quarterly results on Nov. 30.

"As early as in the next few weeks there's a likelihood you're going to start to see at least a token announcement, just to get the ball rolling," said Tony Demarin, chief investment officer at BCV Asset Management in Winnipeg.

National's payout ratio - the amount of profit it commits to dividends - was at the low end of its normal 40-50 per cent band last quarter, and the bank's chief executive, Louis Vachon, was vocal earlier this year in calling for Canada's bank regulator to loosen spending restrictions.

Canadian Western Bank , the No. 7 lender by market size, has also signalled it may raise its dividend when it announces results in early December, while No. 2 bank Toronto-Dominion Bank is expected to wait until early next year.

Bank of Nova Scotia , Royal Bank of Canada and Bank of Montreal could also follow next year, while Canadian Imperial Bank of Commerce could wait until 2012, according to analysts.

"I suspect that long odds maybe one of the big six would do it (in the fourth quarter). I think they will toe the line a bit and do a little more jawboning, and I think that they'll come in the first quarter," said John Kinsey, a portfolio manager at Caldwell Securities.

Dividend hikes could also be on the horizon for U.S. banks, as the U.S. Federal Reserve issued guidance Wednesday that would allow some large lenders to raise their payouts as early as next year.

But most large U.S. banks slashed their dividends during the crisis, meaning any initial increases will merely bring the payouts closer to their original levels. Canada's banks, by contrast, have held their payouts steady.

While some of the banks may be eager to announce an initial increase, analysts say the banks will likely be more subdued in the pace of increases than in the past, due to fears of another economic crisis, as well as stricter capital rules.

"The dividend growth is probably going to lag what we saw going into the crisis if only because we think the overall payout ratio targets are likely to decline," said Mr. Aiken.

However, he said some of the banks may be eager to get a first increase out of the way.

"I think that the market is waiting for that signal," he said. 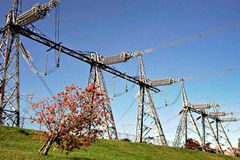 Cheap earnings growth, according to PEGY
May 9, 2018
Trading results biggest wild card in bank earnings season
May 2, 2018
Follow us on Twitter @globeinvestor Opens in a new window
Report an error