Do you want to bet with or against Warren Buffett?

That is a simple question. Yet it has surprisingly complex meanings and ramifications. It comes up today because of several seemingly unrelated news items that are actually deeply entwined.

The first is a New York Post article with the headline, "Warren Buffett wins $1M bet made with hedgie a decade ago" (which came out several days ago while I was away on vacation). The second was the Wall Street Journal's report about Harvard's endowment with the headline, "Harvard Endowment Chief: 8% Return Is 'Disappointing.'"

By now, you have surely heard about "The Bet," especially if you work in money management. A decade ago, Mr. Buffett endorsed inexpensive passive-index investing over expensive and active hedge-fund management. He put up a million dollars to prove it, and challenged all comers:

Over a ten-year period commencing on January 1, 2008, and ending on December 31, 2017, the S&P 500 will outperform a portfolio of funds of hedge funds, when performance is measured on a basis net of fees, costs and expenses.

Ted Seides of Protege Partners LLC took up the wager. The bet doesn't end for another three months, but given how far behind he is Mr. Seides has already conceded. As Mr. Buffett explained in his annual letter this year, the Standard & Poor's 500 Index during that time period is up (including, as the bet specified, reinvested dividends) about 85 per cent, or about 7 per cent a year. Meanwhile, the best of the five funds selected by Mr.S eides was up 63 per cent during the same period; the second best was up 28 per cent, and the rest were up by less than 10 per cent. Not annually, mind you, but during the entire decade.

Although Mr. Seides has admitted defeat, he said he thinks that "doubling down on a bet with Warren Buffett for the next 10 years would hold greater-than-even odds of victory." Thus, despite spending $1-million in tuition at the University of Buffett, he failed to learn the expensive lesson that Mr. Buffett has offered up to all of us.

It is very easy to look at the wager as a simple passive-versus-active challenge. Some Wall Street guys make noise about their investing prowess, and a testosterone-fueled contest ensues.

But that isn't the case here. First, Mr. Buffett himself is an active investor, with an emphasis on finding undervalued assets. He bet on an entirely different style than his own -- indexing -- albeit one he has repeatedly endorsed over the years.

Second, this debate isn't, as some others have described it, about active versus passive; rather, it is about cheap versus expensive.

How do we know this? Mr. Buffett told us as much in the Berkshire's 2005 annual letter to investors (page 18). It's one and a half pages out of 23, but readers can easily see his thinking.

Mr. Buffett tells a parable about a wealthy family -- the Gotrocks -- and the "frictions" they encounter in trying to manage their riches. They keep hiring costly helpers; then they need consultants to manage all of those helpers. Eventually, the Gotrocks become the Hadrocks. Their expensive activity cost them dearly, leading Mr. Buffett to muse about Sir Isaac Newton's fourth undiscovered law of motion: "For investors as a whole, returns decrease as motion increases."

At the risk of projecting too much of my own belief system onto Mr. Buffett's parable, I read this as a stern warning to institutional investors, foundations, pensions, endowments and wealthy families: You are probably wasting your money on expensive advisers.

The rise of low-cost indexing during the past few years has been credited -- or blamed, depending upon who pays your salary -- on a variety of factors: the great financial crisis, the dot-com crash and high-frequency trading, to name the usual suspects.

Now, we have one more to add to the list: Mr. Buffett himself. I suspect that many who have been considering why indexing has become as popular as it has may be underestimating the impact his repeated advice to buy low-cost indexes has had on his many loyal followers. I know I have underestimated it. Bogle's Folly, as the first index fund was derisively described, seems to have morphed into Buffett's Revenge.

This is more than a mere dis of hedge-fund managers by Berkshire's chairman -- he again trashed high fees at this year's annual meeting. Bloomberg News reported he even compared money spent on plumbers as "more value added" than the fees paid to hedge-fund managers.

Which leads us to Mr. Buffett's motivation in making the bet. The world's fourth-richest person doesn't need the money. Nor does he need any further bragging rights about his investing prowess.

Here's my best guess: Mr. Buffett is trying to teach the rest of the world of investing and money management a very simple yet elusive lesson. Costs matter. Although the dumb money seems to have figured this out, many of those working in finance either have yet to do so or don't want to recognize it.

Warren Buffett made a bet and won. Which side of it do you want to be on?

Investing hot shots didn’t get that way through timing
September 14, 2017 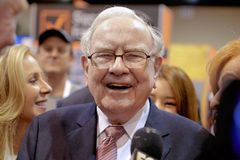 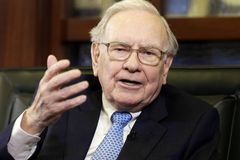 Warren Buffett said he has not sold a share of Apple
August 30, 2017
Report an error