A new stock listing in Canada will soon give investors their first chance to buy into the booming market for computer chips driving most of the world's bitcoin mining farms.

Hut 8 Mining Corp. which is set to debut on the TSX Venture Exchange in Toronto this month, is backed by Bitfury Group Ltd., the main competitor to the Chinese company that dominates the market.

"Hut 8 is a proxy for Bitfury in North America, that's all it is," says Sean Clark, chief executive officer of Vancouver-based Hut 8. Bitfury -- the biggest Bitcoin miner outside China -- already has 172 megawatts of data centers globally, has mined over a million tokens, and estimates its most recent annual revenue was $350-million, according to investor documents.

For now, there's only one kind of chip worth buying for mining bitcoin and its production is dominated by Bitmain Technologies Ltd., a closely held company in China.

Bitmain is among those impacted by the Chinese government crackdown on its crypto industry, which threatens the nation's dominant role in the world of cryptocurrencies.

"This is about access to capital and scale," says Mr. Clark. "We found a perfect vehicle to capitalize incredibly quickly. Bitfury now is going to rebalance the global network."

He said the listing won't be deterred by recent market turmoil, including Bitcoin's plunge to a nearly three-month low last week. Bitcoin rebounded to about $8,750 in early trading Monday.

"We are long-term bullish on the price of Bitcoin so we expect volatility like this to occur," he said.

Following the transaction, Hut 8 Mining will be 49 per cent owned by Bitfury, with the rest owned by insiders and private placement investors. By mid-2018, it will have acquired 60 megawatts of Bitfury's mining farms in Canada and have an exclusive agreement with Bitfury to develop new data centers in the U.S., Canada and Mexico, according to an investor presentation. Mike Novogratz, the former hedge fund manager-turned-crypto evangelist, is also backing the deal.

The name chosen for the new listing hints at a battle underway in a critical hardware market underpinning Bitcoin. Hut 8 is the name of the facility where British mathematician Alan Turing broke the enigma code that helped determine the outcome of World War II.

"This industry's dependency on highly efficient silicon can determine who wins and loses," says Silicon Valley venture capitalist Bill Tai, who invested in Bitfury in 2014 over a slew of now-defunct competitors. He was won over by the then-scrappy startup, operating in the Caucasus republic of Georgia, that had designed from scratch a microchip customized to do just one thing: mine for Bitcoin.

Crypto mining has moved on from the living rooms and basements where early pioneers once bootstrapped home computers to crunch the complex blockchain calculations that earn Bitcoins. Today, multi-million dollar data centers roar with so-called application specific integrated circuits, or ASICs -- chips purpose-built to perform their single function rapidly, continuously, and with as little electricity as possible.

The two main publicly known contenders supplying such chips are Bitfury and Bitmain, according to Michael Bedford Taylor, a professor at the University of Washington in Seattle, among the first academics to study Bitcoin mining hardware. Samsung Electronics Co. reportedly plans to enter the fray. The hope among users "is that these ASIC chips will get commoditized," says Tuur Demeester, founder of Adamant Research, a blockchain investment research firm.

Whereas Bitmain sells rigs as is, Bitfury sells 100,000 ASIC chips packaged into a 40-foot shipping container it calls a BlockBox -- a self-contained data center that sets up in two days and could spit out 46 Bitcoin a month as of the end of January.

The rivals vie in an ultra-competitive industry -- each new generation of hardware makes the previous one obsolete, and the machines rapidly depreciate. The lifetime of a mining rig today is less than two years, and more than 56 per cent of its Bitcoin earnings will come in the first three months of use, according to Mr. Taylor. To gain an edge, the companies have increasingly become vertically integrated -- producing the hardware, building giant server farms across the world, and mining themselves. In the process, they're getting hungrier for cash.

Though reliable market share estimates are hard to come by, most agree that Bitmain is the industry behemoth -- it also runs the world's two biggest mining collectives. The Beijing-based company was said to be raising $50-million from venture firms Sequoia Capital and IDG Capital in September and told Bloomberg television in August that it was weighing an initial public offering, valuing itself "in the billions."

Bitfury Chief Executive Officer Valery Vavilov estimates his company's market share at about 10 per cent to 12 per cent. Headquartered in Amsterdam, it has raised more than $100-million in funding from investors including Mr. Tai, along with Lars Rasmussen, co-founder of Google Maps, and venture capital firm DRW Holdings Inc.

"As a buyer, you always want to have more competition in your supply chain to drive prices down," says Sean Walsh, CEO of crypto miner Hyperblock Technologies Corp., which has bought Bitmain machines.

That concentration has long irked the crypto community, with its ideological commitment to decentralization.

"It's a serious centralization concern because dependency upon a single hardware provider goes against the ethos of Bitcoin," said Lucas Nuzzi at New York-based Digital Asset Research, an independent researcher on cryptocurrency investing.

The competitive landscape wasn't always so barren. Several years ago, Bitfury's Vavilov remembers vying against at least 20 competitors for funding in Silicon Valley. One by one the others folded, as the price of Bitcoin plummeted by more than 80 per cent in late 2013. Demand for rigs dried up, while proceeds from selling coins dwindled.

Bitfury barely squeaked by. "Every Friday, the company was trying to find somebody that would buy half a million dollars worth of Bitcoin so that we could make cash payroll," chuckled Mr. Tai.

Ironically, it takes a lot of hard cash to create an invisible currency.

"Part of this equation is access to capital," says Tai. "It's very much like oil rigs -- the more you can put up, the more output you're going to get."

That's where Canada offers an edge -- the ability to raise cash fast in a hot market.

The country is a launchpad for early-stage energy and exploration firms, and hundreds of defunct shell companies on the TSX Venture Exchange offer a shortcut to a public listing via reverse takeovers, known as RTOs.

When Hive Blockchain Technologies Ltd., a crypto miner with no manufacturing edge, listed via an RTO in September, it surged more than 500 percent in its first week and has raised nearly $200-million in private placements in three months.

"If the capital markets react as we expect them to, there's the opportunity to vend in other parts of Bitfury," said Clark. "Potentially all of Bitfury - piece by piece." 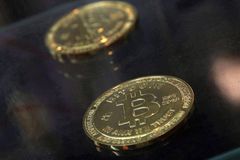 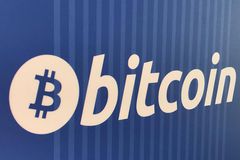