The U.S. economy has been limping along for the better part of the last five years, and continued slow growth is what most forecasters expect for the foreseeable future.

But what if this consensus opinion is far too pessimistic? Perhaps growth, instead of flagging, is about to perk up.

Here at At the Bell, we're always on the look out for non-consensus views. Our theory is that unconventional ideas offer the most promising approach to profits because they're not yet discounted in the market.

Right now, the prospect of accelerating U.S. growth constitutes the quintessential outlier opinion, an idea that hasn't yet been priced into stock prices. Last week's market rout, based on worries that the U.S. will tumble over the fiscal cliff, is strong evidence that the Street expects continued malaise.

Among the small minority expecting growth to move into higher gear is Sherry Cooper. The chief economist at BMO Financial Group stuck her neck out last week and publicly predicted, in a note to clients about the U.S. election, that the next few years are likely to shine.

"Indeed, the next four years are going to be a gift to the next president – regardless of who had won – just as the past four years was a nightmare. The U.S. is on the rebound and growth could well accelerate to the 3-per-cent range by 2014 thanks to the one missing link in the tepid recovery – housing," she wrote.

Given lacklustre recent growth around 2 per cent, a pick up to the levels predicted by Ms. Cooper would be a big deal. It's the kind of advance that would make Americans start to feel like they're living in a prosperous nation again. The mood of doom and gloom would lift. Stocks would likely advance for reasons other than more funny money printing by the Fed.

That would be a big change in attitude. The U.S. has been stuck in a slow motion shuffle for half a decade and it's hard for many to imagine a return to anything close to prosperity. Quite a few of the savviest market forecasters believe the anemic upturn since the crash is about as good as it gets, and even worse, fret that another recession is lurking just around the corner because of such factors as the fiscal cliff, the euro zone crisis and a possible hard landing in China.

Among those in the renewed downturn camp are such heavyweight pundits as Lakshman Achuthan of the Economic Cycle Research Institute, which bills itself as the world's leading business cycle authority, and risk-averse U.S. mutual fund guru John Hussman.

But Ms. Cooper says the doomsters have got the story wrong, and the nascent recovery in housing is the key factor they're missing. Housing has been a headwind. Now it's becoming a tailwind.

She figures household formation is returning to normal levels, house prices are cheap, mortgage rates a steal, and inventories low, making for "huge" pentup demand. "Housing has just an enormous impact on American confidence as well as the job market and also net worth," she told me in an interview.

Ms. Cooper has a particularly good vantage point on the U.S. She's a dual citizen, BMO has big operations in the U.S. heartland, and she has family there. She's hearing chatter on Main Street, similar to that reflected in consumer confidence surveys, that convinces her a stronger turnaround is coming. "When I just talk to people anecdotally... things are improving all over the country. People are feeling better about the outlook."

On the political front, Ms. Cooper expects the Republicans in the House will strike a deal on the fiscal cliff because they have the most to lose in continuing to be obstructionist. They'll be seeing voters again in two years, and causing a new recession isn't a winning election strategy. "The negative repercussions of actually going over the cliff are huge, and nobody wants to be blamed," she says. She also figures President Barack Obama will tone down his anti-business rhetoric and job growth will pick up.

Meanwhile, in Europe, she believes we're past the worst in the sovereign debt crisis, while China seems to be hanging in.

When growth picks up, it could fuel a self-reinforcing cycle, in which stronger activity leads to smaller deficits, better employment and ultimately a less painful fiscal adjustment. "We're finally going from that destructive, downward loop to the reinforcing, positive side," she says.

Investors should prepare for market correction
May 9, 2018 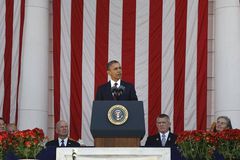 Despite market woes, Washington optimistic for fiscal cliff deal
May 9, 2018 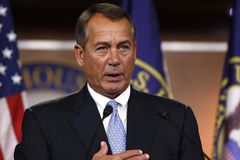 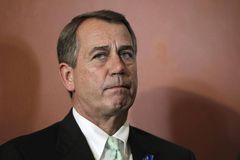 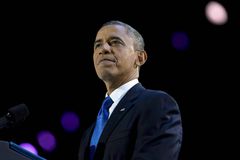