Bond investors are signalling that they're not quite convinced the worst is over after the most violent rout for Treasuries in 15 years.

For one thing, they pulled $10.7-billion from U.S. bond funds in the two weeks after Donald Trump's victory, the biggest exodus since 2013's "taper tantrum." They also delivered a mixed verdict as the government sold $126-billion of notes and bonds following the election: The seven-year sale required the steepest sell-off in more than a week to lure buyers, while in other maturities primary dealers were stuck with an unusually large share as demand plunged.

It's been a fool's errand to call an end to the three-decade bond bull market. Yet even as losses subsided last week, a consensus is building that this is more than just a knee-jerk spike up in yields. In contrast to three years ago, when fears of the Federal Reserve abruptly scaling back stimulus led investors to flee Treasuries, now they're concerned about Trump's fiscal plans and the prospect of faster economic growth. In a sign that the move may be more deep-rooted this time, a Federal Reserve gauge of inflation expectations is rising more quickly than during the 2013 selloff.

"We've made the adjustment -- we've had the shock," said David Kotok, chief investment officer at Cumberland Advisors, which oversees $2.7-billion in Sarasota, Fla. "But if we get fiscal stimulus, a little more inflation and a little more growth, it implies interest rates are on a trajectory to go higher."

The $13.8-trillion Treasuries market suffered its worst slump since 2001 after Mr. Trump's win, stoking worries that a persistent increase in yields could make his spending plans more costly. His proposals would boost the nation's debt by $5.3-trillion, according to the nonpartisan Committee for a Responsible Federal Budget.

Yet the losses in Treasuries began in August, indicating the selloff is about more than just Mr. Trump's pledges. Investors managing trillions of dollars had already begun adjusting bond portfolios given their outlook for more rapid inflation as fiscal policy moved to the forefront. U.S. 10-year note yields climbed 23 basis points, or 0.23 percentage point, in October and have risen about 50 basis points this month, on pace for the steepest increase since 2009, as the market recalibrates Fed expectations.

Bond traders see a hike next month as virtually a lock, and pricing of overnight indexed swaps indicates they see the central bank's benchmark at about 1.7 per cent in three years, compared with around 1.1 per cent on Election Day.

"We are heading for higher yields," said Mark Grant, chief fixed-income strategist at Hilltop Securities in Fort Lauderdale, Fla. "This is nothing like the taper tantrum. The election of Donald Trump was a break point."

The prospect of stepped-up growth and inflation has sent bond investors running for the exits at the fastest pace since then-Fed Chairman Ben S. Bernanke suggested in 2013 that the central bank could soon scale back asset purchases. Investors withdrew $12.5-billion in the two weeks through June 26, 2013, EPFR Global data show.

Among signs of subdued demand at auctions this month, primary dealers last week were stuck with more five-year notes than the average over the previous 10 sales. In the seven prior occasions when yields rose at least 40 basis points between auctions, such an increased reliance on dealers happened just once. The 10-year note offering the day after the election had the lowest bid-to-cover ratio since 2009.

For borrowers who prefer rates near record lows, there are forces that will keep yields from rising too quickly.

The Goldman Sachs Financial Conditions index, which incorporates the exchange rate and other variables, is close to the highest since March, while the Bloomberg Dollar Index is near the strongest since at least 2005, potentially putting a brake on economic growth. A researcher at the Bank for International Settlements this month called the dollar a fear gauge because borrowers outside America owe so much in the currency.

Major stood out in 2014 for correctly predicting that 10-year yields would drop to about 2.1 percent by the end of the year, while the median forecast said 3.4 per cent. He now sees the yield rising to 2.5 per cent in the first quarter, before falling back toward record lows by year-end.

And as yields climb, U.S. debt may lure buyers. Ten-year Treasury yields have the widest spread since 1989 relative to bunds. In the only standout auction since the election, seven-year notes saw record demand from a group that includes foreign buyers.

Yet some indicators are flashing warning signals that weren't evident during the taper tantrum. The Fed's five-year, five-year forward break-even rate, a measure of inflation expectations over the half-decade beginning in 2021, is rising more quickly than in the 2013 episode. It reached 1.94 percent as of Nov. 18, the highest since August 2015.

"Our outlook is for a rise in inflation expectations, term premium and supply premium that could take 10-year yields up to the 3 to 4 percent area," said Gary Pzegeo, head of fixed income in Boston at Atlantic Trust Private Wealth Management, which oversees $29 billion. "That will not be a comfortable ride."

30-year bull market in bonds is over
Subscriber content
November 28, 2016
One active investor’s recipe for beating the market
November 27, 2016 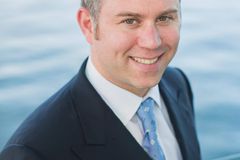 Monday's analyst upgrades and downgrades
Subscriber content
November 28, 2016
Report an error
Due to technical reasons, we have temporarily removed commenting from our articles. We hope to have this fixed soon. Thank you for your patience. If you are looking to give feedback on our new site, please send it along to feedback@globeandmail.com. If you want to write a letter to the editor, please forward to letters@globeandmail.com.
Comments