New Year rallies have become so commonplace for commodities that fund managers have almost come to expect them.

Commodities indexes, metals and many other raw materials have seen big losses in 2011 and many investors say the prospect of another year of slack global growth is likely to keep them in cash and other safe havens for some time to come.

"We're in a bear market, and so our rule is to stick to the highest quality of everything," said Charlie Morris, who manages $2.2-billion as head of absolute return at HSBC Investments.

"We won't add oil and industrial metals until it's clear that the macro risks are behind us. 2012 will be a difficult year - with luck we'll get the low towards the end."

Morris has half his portfolio in cash and bonds and his only commodities exposure is a small position in physical gold of around 6 per cent. His cautious approach reflects a general wariness over commodities across the fund management industry.

The last few years have seen a consistent pattern of high allocations to commodities as first-time investors have taken the plunge in what used to be an exotic set of assets, and as existing investors increase their allocations.

But 2011 has seen a string of losses. The Reuters-Jefferies CRB index of 19 commodities is down around 10 per cent so far this year, while copper has lost almost a quarter of its value and many soft commodities have lost more than 15 per cent.

Sell-off Commodities started this year as they ended 2010, with big gains as uprisings in Libya and elsewhere in North Africa cut off some oil supply and raised fears of shortages of other materials.

But a major sell-off in early May hit many markets hard, making wealth managers wary of taking their clients back into commodities, with volatility seen as a problem for investors who want to preserve capital through the global downturn.

"There was a lot of speculative money in commodities and when that came out people thought, hang on a minute, we need to be a bit more careful than we thought," said Rupert Caldecott, chief investment officer of the asset allocation team at Dalton Strategic Partnership, which manages around $2.4-billion.

Barclays Capital figures show even gold has failed to attract the level of ETP interest that it did in 2009-10.

The prospects for 2012 are, at best, uncertain.

Chinese economic growth, a major support for commodities prices in recent years, has slowed in recent months and fund managers are worried the euro zone debt crisis will bring at best a mild recession and at worst a deep depression.

Many investment strategists, including Koen Straetmans, senior strategist at ING Investment Management, are neutral on commodities due to these "tail risks".

Straetmans is concerned by a slowing of demand growth in China. Any stimulus by China is expected to be low-key as authorities are wary of re-inflating a property bubble or re-igniting inflation, limiting any boost to commodities.

No solution to the euro zone debt crisis has yet emerged and many investors argue only intervention by the European Central Bank can begin to address the issue. Any deal to forge closer EU economic ties would take a long time, they say.

"The risk is that there are still a lot of hurdles down the line and that it will take too long before the ECB comes in ... it can spiral out of control," Straetmans said.

"Wild" Passive funds also face roll losses from the price structure of many markets that have had a "contango", where prompt prices are worth less than forward values.

"I am clearly concerned about commodities as a passive investment. I don't think it's going to be generating positive returns in 2012," said Pau Morilla-Giner, who runs London & Capital's Commodities Fund.

While most fund managers doubt how much upward momentum can be expected in 2012, many say downside risks are high, and have fled to safe-haven investments including cash.

Commodity funds enjoyed inflows, but EPFR Global noted these were driven by driven by commitments to gold and precious metals funds, which took in a net $738-million for the week.

"I think there will be better tactical opportunities in commodities rather than currencies over the next couple of years but we are not taking any big positions there," Becket said.

James Dailey, who helps manage $215-million in assets, including commodities, at TEAM Financial Asset Management in Harrisburg, Pennsylvania, sees some merit in what he calls a "Rip Van Winkle" approach to commodities next year.

"If we fell asleep for one year and woke up next December, I suspect prices will be higher and significantly higher from where we at right now in U.S. dollar terms," Dailey said.

"But the path between here and there is likely to be wild." 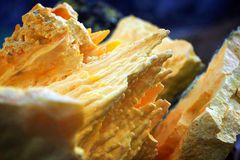 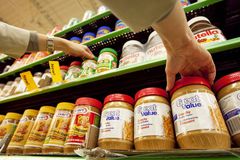 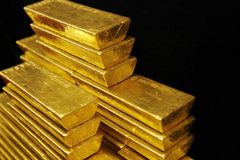