Not long ago, the emerging markets were touted as the Atlas that would hold the world's markets aloft on their broadening shoulders.

Stocks in emerging-market economies have swooned badly this year as a stagnating global economy, slumping commodity prices and rising financial-market risks have dealt a particularly harsh blow to investments in the developing world. That's left emerging markets with bargain valuations amid a still-bullish long-term growth story – yet market strategists warn that they are still too risky to buy.

"While they're cheap, they can stay cheap for a while," said Nick Chamie, global head of emerging-markets research at RBC Dominion Securities. "I wouldn't be eager at this point to dramatically increase my exposure."

But in the recent downturn, emerging markets have been hit much harder than their developed-world counterparts. The MSCI Emerging Market index is down 21 per cent in the past 12 months, nearly double the 11-per-cent pullback in the MSCI World benchmark.

Emerging-market stocks now look distinctly undervalued relative to the rest of the global equity market. The price-to-earnings ratio on the MSCI Emerging Markets index (based on earnings per share over the past 12 months) is 11.1, nearly three full points below the MSCI World index's 13.9. The Euro Stoxx 50 index, representing the biggest stocks in the troubled European region, is trading at more than 18 times its trailing-12-month earnings.

Mr. Chamie said emerging market equities are typically more volatile than the broad global market. Most of these countries depend heavily on export markets, making them highly sensitive to shifts in the economic cycle, and the inflows of capital into their markets is also highly cyclical.

"The fact that they're underperforming in a cyclical downturn shouldn't surprise anyone."

This downturn has been exacerbated by the financial risks posed by Europe's debt crisis. Many emerging markets rely heavily on Europe not only for export demand but also for bank financings. Even if no full-on banking crisis occurs, Europe's austerity and banking capital constraints pose a threat to emerging-market growth and stability.

Given that emerging-market stocks are generally perceived as being at the riskier end of the world's equity spectrum, this "contagion from Europe" remains the key obstacle to stock values in the coming months, Mr. Shearing said.

"Valuations are definitely cheap, but frankly, the headwinds are so strong from Europe," he said.

Meanwhile, plenty of cracks have appeared in the economic fundamentals of the emerging economies.

The export-heavy manufacturing sector in the emerging economies is already teetering on recession. Mr. Chamie noted in a recent report that fully half of the 14 developing countries he follows posted manufacturing purchasing managers' indexes below their midpoint of 50 last month – meaning their factory activity is contracting.

And the four big driving forces of the group – Brazil, Russia, India and China, the so-called BRIC economies – each are struggling with their own problems, said Brockhouse Cooper global macro strategist Pierre Lapointe in a recent report. China has a slumping housing market, India an inflation problem, while Russia faces slumping prices for its big oil exports, and Brazil looks headed for a consumer credit crunch.

"We do not expect any of the BRICs to pull their global consumption weight in the immediate term," Mr. Lapointe wrote.

"I'd maintain a defensive posture, and look to late in the third quarter or early fourth quarter" before considering buying, he said.

Cracks in the BRIC

Beijing is trying to manage China's slowdown by shifting away from infrastructure investment and toward domestic consumption. But falling prices for residential property – which accounts for 40 per cent of household wealth – will bog down consumer spending.

Suffering from a bloated trade deficit and inflation topping 7 per cent, India's currency is slumping and its economic growth has hit nine-year lows. Domestic demand is off 20 per cent in the past two quarters.

The commodity-heavy Brazilian economy is running up against a consumer-debt wall. Non-performing loans have been rising for the past year – typically a precursor to a downturn in credit growth and a consequent slowdown in consumer spending.

Seventeen per cent of Russia's gross domestic product and 55 per cent of its stock market rely on the oil and gas industry – and the price of crude has plunged 25 per cent in the past four months.

Canada missing the boat on trade with the BRICs
May 14, 2012 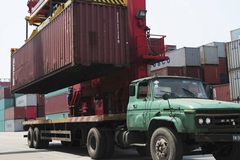 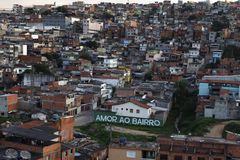