Jeremy Grantham, the famed and gloomy U.S. contrarian investor, has a few hot tips for people who want to make a lot of money over the next few years: Buy natural gas, copper ore and phosphorus miners.

Mr. Grantham, speaking in Toronto at a conference on value investing organized by the Richard Ivey School of Business, said that investing in natural gas at today's low prices is a no-brainer because the fuel, now in a glut because of surging supply from new fracking technology, will eventually flip to a shortage, bringing large gains for properly positioned portfolios.

The flood of new gas has driven down prices to around $4 (U.S.) for a million BTU, a measure of energy content.

But the surplus won't keep prices down for much longer.

Mr. Grantham said within five years "the price will have tripled" and market conditions will switch to a long-term shortage.

The well-known investor, who is founder and principal at Boston-based money manager GMO, has recently become an outspoken advocate for the idea that many important commodities will become scarce in coming years.

In addition, he's against the controversial Keystone XL pipeline to move oil from Canada's oil sands to U.S. markets, because of his worries over global warming.

Mr. Grantham also doubts the pipeline's economic viability over the decades it is slated to be in use.

He said Keystone could become a so-called stranded asset, or an asset unable to generate economic returns.

One threat to its profitability is increased regulation of carbon emissions; another is the possibility that wind and solar power may keep a lid on the price for oil-based energy, harming the prospects for the relatively expensive crude that the line will be carrying.

Mr. Grantham offered a way for traders to exploit his bullish view on natural gas, through an unusual paired trade of buying natural gas and simultaneously selling corn short.

Such trades aren't possible on the stock market, but are available to sophisticated investors on the futures market, where the two commodities trade in contracts for delivery at later dates.

While many investors have been bullish on corn and other agricultural products, Mr. Grantham says that after three consecutive years of relatively poor harvests and sharply higher grain prices, it's unlikely that the world will make it four in a row.

"If we have a reasonable season we will drown in grain," he says.

The reason natural gas will go up is because prices in the United States are just too low, at half or even less of levels in other major economies.

The differential will drive a flood of demand in North America from plastics manufacturers, petrochemical companies, fertilizer makers and other consumers of the commodity, that will eventually eliminate the surplus, in his view.

Mr. Grantham is also a bull on phosphorus, a crucial fertilizer needed by crops to grow properly.

Much of the world demand is met by mines in Morocco, and the supply is much more constrained than for nitrogen and potash, the two other, better known crop nutrients.

There are few pure play phosphorus mines, but one way to trade the commodity is through the fertilizer producer Mosaic Co., which has some output of the nutrient. Mr. Grantham said in a brief interview after his remarks that he owns the stock.

In a response to a question about housing prices, Mr. Grantham said in some parts of Australia, Toronto and Vancouver, homes change hands for about seven times average family incomes, a level that seems unsustainable.

He said a more normal multiple would be four times family incomes, implying that those high-priced residential markets are out of line with traditional measures of value, so prices will either need to come down or incomes rise, or a combination of the two. 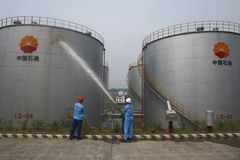 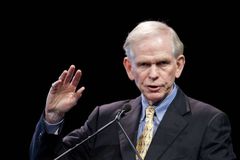