The calendar page turns, and the old becomes new. But do the losers suddenly become winners?

More specifically: Can the value-minded investor buy some of the worst-performing stocks of the prior year and end up with outperformers in early January? There's some evidence that says the answer is yes.

To assist me in this study, I turned to the inside pages of the U.S. investing newspaper Barron's, which highlighted the concept in a recent issue. Barron's looked at the 10 biggest decliners in the Standard & Poor's 500 from 2009 through 2011.

The loser list outperformed the benchmark in the first two weeks of 2009 and 2010 by 8.3 and 6.6 percentage points, respectively, in the following year's first two weeks.

Perhaps it's simple regression to the mean. Or, Barron's suggests, the shares may have been oversold because individual investors were harvesting losses for tax purposes, and institutional investors were dumping them to ensure they don't appear on year-end lists of portfolio holdings.

Regardless, I bring this idea to you – ahead of the fifth trading day of the year – with some evidence that it's happening again, both in the U.S. and in Canada. And, perhaps, with time enough to take action.

How about here in Canada? There were seven stocks on the TSX Composite that had declines of 50 per cent or more for the full year of 2012, according to Standard & Poor's Capital IQ. Unlike the U.S.'s motley crew, which spans a range of industries from retail to technology, industry to resources, the Canadian bunch is entirely made up of mining and energy companies.

The seven companies are up an average of 5 per cent, with six of seven outperforming the 0.5-per-cent return of the composite as a whole.

And many are already having a delightful 2013. Miner Turquoise Hill Resources Ltd. has jumped 18.8 per cent in four sessions, with Kirkland Lake Gold Inc. and Niko Resources Ltd. each up 7 per cent. Enerplus Corp. has returned 4.4 per cent, with Gabriel Resources Ltd. up 3 per cent.

Pengrowth Energy Corp. is up 1.4 per cent, just ahead of the index; the laggard is Alacer Gold Corp., down 6.5 per cent.

So: The active trader may have some opportunities for gains over the next week or so. (Since some of the bounce has already occurred, no fault could be found for tucking this article aside for December of this year.)

If the longer term is your thing, the more important question is this: Does the principle hold for more than just two weeks? Will the dogs of 2012 turn out to be the stars of 2013?

Perhaps. The 2011 S&P 500 losers produced a return exceeding 25 per cent for the full year of 2012, roughly double the index as a whole, Barron's notes. And while the worst decliners of 2008 trailed the market in early January, 2009, they ended up averaging an 160-per-cent gain in that remarkable rebound year.

Barron's notes – and I agree – that "the losers list can be a dicey place to find long-term opportunity because a one-year decline can be a sign of lasting trouble." In 2012, this column was negative on three of the 10 S&P companies – Best Buy Co. Inc., Hewlett-Packard, and Pitney Bowes (of which I own 200 shares) – because of long-term challenges.

Still, the stocks remain cheap by conventional measure. Of those expected to turn a profit in the next 12 months (which is most, but not all), many have a forward price-to-earnings ratio of 10 or lower. Low prices and a bit of history make for an intriguing thesis; we'll check back in December to see how all this turned out. 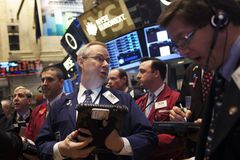 Why The Shack may never get back into the black
January 3, 2013 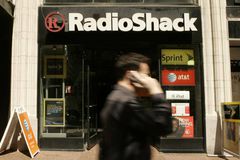 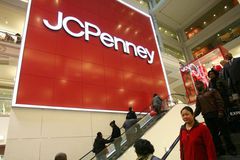 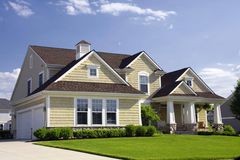 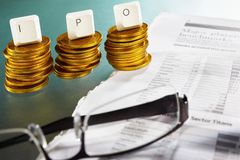