I've been talking to a lot of financial advisers lately, trying to get them to understand that putting money into U.S. equities or U.S. mutual funds isn't like giving it to some sort of scary beast hiding under your bed. What I've found is that it's a tough sell. And, as always, there are some good reasons for the fear in the market. But Canadian investors are missing opportunities to make money.

The latest IFIC statistics for 2009 show that most Canadian investors are socking away money in bonds and balanced funds. What stands out to me, though, is investors are largely ignoring U.S. equities. The reasons Canadians are avoiding this market are well known: the American subprime debacle, ballooning federal government debt, social security crisis, state budget predicaments, banking debacles, etc., etc.

The differences in returns from the U.S. and Canadian markets have also been dramatic over the long term. That has, not surprisingly, pushed Canadians to invest in their own nation's businesses and stock markets. Over the past 10 calendar years to the end of December, 2009, the S&P TSX composite index has compounded at a positive 5.61 per cent, compared with the dismal American numbers over the same period of negative compound depreciation of -4.07 per cent.

And don't forget there's also the Canadian dollar that has appreciated 20 per cent against the U.S. currency over the past two years. If you were holding a stock, fund or ETF that wasn't hedged against this event, you took about a 17-per-cent shave during that time compared with the overall returns from stocks.

Canada hasn't suffered from the asset bubbles that have beset America over the past decade - no subprime explosion, and we still have a stable banking system. And then there is our luck of geography, possessing the right combination of resources that emerging nations are demanding as they develop their economies - oil, potash, nickel, precious metals, forest products. Yes, our manufacturing sector has suffered, especially in Eastern Canada. But we've been fortunate to have this other natural-resource economy picking up the slack. America, built on manufacturing, much of it continuing to migrate to cheaper countries with a lower cost of production, doesn't have that same good fortune.

So, given these factors, why would Canadians even consider moving some money south of the border?

The best reason I can think of is that America still has a vast ocean of extraordinary companies that don't exist north of the border. One example: There is no company like Coca-Cola, a company with total global dominance, domiciled in Canada.

You can find smaller companies that share similar traits, too. We own shares in a company called Coinstar, which dominates in two businesses - coin-counting machines and DVD kiosks known as Redbox. Both lines of business have near-monopolies in their fields (you can find them in Wal-Mart stores, as well as grocery stores, pharmacies and the like). Redbox is still a relatively new concept but it's building on the company's success with its coin machines: the kiosks go into the same sort of high-traffic stores and dispense first-run DVDs for a $1-a-night rental fee. Blockbuster's recent financial trouble, in no small part, I believe, has to do with the growing distribution of Redbox machines. With 22,400 machines in place in a short period and another 9,000 planned for this year, the company is already showing market-dominant characteristics. There just is no Canadian company like this that you can invest in.

Finally, I think it would be a huge mistake for Canadian investors to give up on America as a place to invest.

Warren Buffett, who has been a great investment guide and guru for me over the past 26 years, is a firm believer in the future of his country. I don't think it is patriotism that drives his conclusion, but business fundamentals and profit, as they always have.

America is an imperfect country, to be sure. But find me the perfect nation. And there are reasons the U.S. has become such an economic power.

It's a free and democratic nation ruled by law and not some group of despots. It's a country, like Canada, founded by people willing to take a chance, to risk it all and cross an ocean to the unknown, and you see that heritage reflected today in a culture that revolves around the potential for business and economic growth - it's entrepreneurial at its very core.

Today, with stocks not being a bargain overall, you'll have to invest selectively, on a company-by-company basis. You'll also need to keep a close eye on the currency and I think you'd be wise to look at currency-hedged options - we hedge because we believe in it.

I know that there still exist some huge bargains beneath the surface of the U.S. market that will deliver in the long term extraordinary returns, if you are a savvy stock picker. 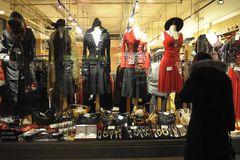 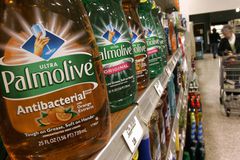 Investors should beware the coming U.S. tax bill
April 21, 2010
Follow us on Twitter @globeinvestor Opens in a new window
Report an error Editorial code of conduct