I like dividend increases. I like it even more when a company vows to increase its dividend for several years into the future.

In July, the independent power producer not only raised its dividend by 7.1 per cent – its fourth consecutive annual increase – but extended its 7-per-cent annual dividend growth guidance by two years, to the end of 2020.

The projected hikes still require board approval, mind you, but Edmonton-based Capital Power probably wouldn't be making such promises unless it was confident it could deliver.

And I believe it can. Today, I'll take a closer look at the company and explain why I included it in my Yield Hog Dividend Growth Portfolio.

Capital Power is a growth-oriented electricity producer with interests in 24 generating facilities (including natural gas, coal, wind, solar, landfill gas and waste heat) in Canada and the United States. One of the company's strengths is its stability: The fleet is relatively young, with an average age of 12.8 years, and about 80 per cent of adjusted EBITDA (earnings before interest, taxes, depreciation and amortization) in 2017 is produced under long-term power purchase agreements (PPAs). Including power that has been "hedged" – or sold forward – for shorter periods, the proportion of contracted EBITDA rises to about 93.4 per cent in 2018, said analyst Darryl McCoubrey of Veritas Investment Research. "Given its commitment to return significant amounts of capital to shareholders through fiscal 2020, combined with the long-term advantage of a young asset fleet, we believe CPX is an appealing income investment," said Mr. McCoubrey, who has a "buy" rating and $29.50 intrinsic value estimate on the shares. (They closed Tuesday at $24.43, down 4 cents.)

Capital Power's exposure to Alberta has been a source of concern for some investors, but the company's geographic footprint is changing: By 2018, the proportion of adjusted EBITDA from Alberta is expected to fall to about 52 per cent from 73 per cent in 2016, while U.S. exposure is expected to rise to 22 per cent from 5 per cent. This largely reflects recent acquisitions, including the $515-million purchase of two natural gas facilities in Ontario and two waste heat plants in British Columbia, and the $603-million deal for Decatur Energy Center, a natural gas-fired facility in Alabama.

More growth blowin' in the wind

"The company's pipeline of [North American] wind projects represents a key element of our constructive stance on CPX," Raymond James analyst David Quezada said in a recent note, in which he reiterated his "outperform" rating and $30 target price on the shares.

Even as the company has been increasing its dividend, its payout ratio is a comfortable 48 per cent of adjusted funds from operations (AFFO) for 2017, falling to 44 per cent in 2018, according to analyst Patrick Kenny of National Bank Financial. Despite Capital Power posting a net loss of $5-million, or 13 cents a share, in the third quarter – reflecting non-cash charges – Mr. Kenny maintained his "outperform" rating and $33 target price, noting that Capital Power still expects AFFO to come in near the midpoint of its guidance range of $340-million to $385-million in 2017. (AFFO is based on net cash flow from operating activities, adjusted for a number of items, and is "a measure of the company's ability to … fund growth capital expenditures, debt repayments and common share dividends to the company's shareholders," Capital Power says.)

If Capital Power's outlook is so positive, why is the stock yielding 6.8 per cent – a level that might otherwise raise a red flag? Mr. McCoubrey said some investors may be concerned about Capital Power's higher debt-load following its recent acquisitions. Specifically, the ratio of funds from operations (FFO) to debt was 16 per cent as of the third quarter, down from 24 per cent at the end of 2016, he said. "While debt service metrics have deteriorated, they will improve moving forward as a full year of results from the new assets is realized," he said.

He also pointed out that the recently acquired assets are contracted, which allows for some flexibility in debt-service targets, and that Capital Power is producing enough free cash flow that it could slash its debt by about $300-million – or about 15 per cent of the total – by fiscal 2021 while still delivering on its dividend growth plans. The stock's high yield may also reflect concerns that Alberta power prices could remain depressed, but Mr. McCoubrey and other analysts expect power prices to rebound sharply next year when fellow power producer TransAlta Corp. plans to close one of its coal plants and mothball another, and when a higher carbon tax kicks in.

One metal will be transformed by the electric car boom 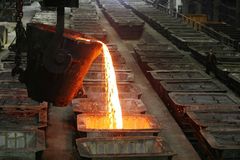 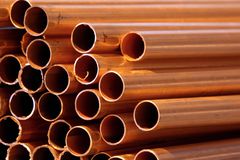