Today I will inspect the charts for Cardinal Energy Ltd. (CJ-T) which will conclude the assignment from Laurie who requested a comparison with Crescent Point Energy Ltd. (CPG-T). This will be the second time that I examine the charts for CJ. The last was on Sept. 26,2014 when the shares were trading for $18.53 and the dividend was providing a yield of 4.53 per cent.

Gord wanted some input about the dividend and the future for the stock. The research indicated that the dividend appeared to be safe but the stock itself was facing a few technical challenges. The stock was pulling back from a 52-week high and had breached support along the uptrend line that had supported a sweet advance over close to nine months. The moving average convergence divergence (MACD) and the relative strength index (RSI) both generated sell signals at the top and it was advised that CJ needed to build support at $18  if there was any hope of a new leg up to emerge.

Another audit of the charts will inform my evaluation and the comparison with Crescent Point Energy Inc. (CPG-T) 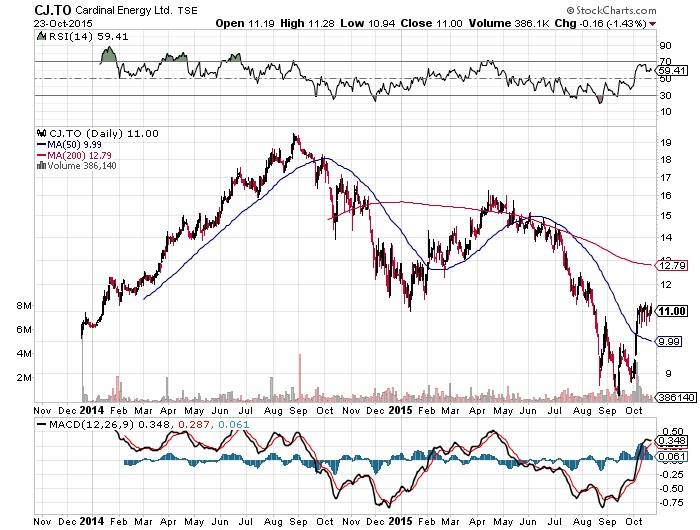 The two- year chart indicates that CJ has suffered with the entire exploration and production sector as the price of oil has retreated. The pullback from the 52-week high in August of 2014 led to a bounce off of $11.00 in January of 2015 to resistance near $16 by April.

Worth noting are the sell signals generated by the MACD and the RSI concurrent with the April high.From there sellers took control of the market and pushed CJ to its 52-week low of $8.43. 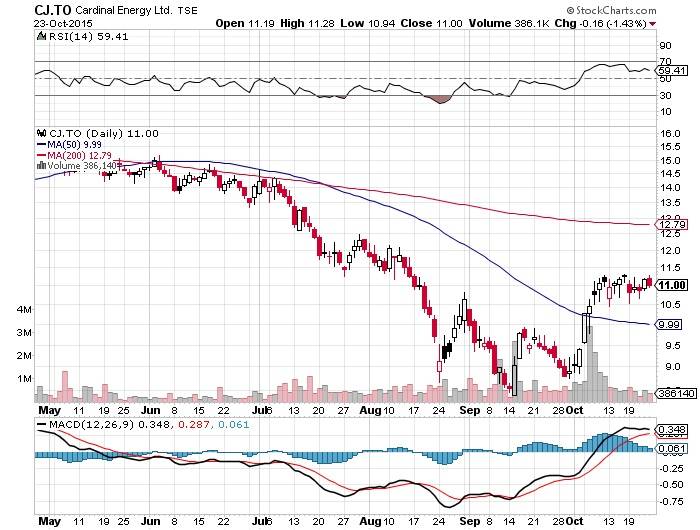 The six-month chart highlights the lift off the September lows and the buy signals generated by the MACD and the RSI. The next level of resistance that needs to be overcome is at $11.50 and then at $12.00. Much like CPG this stock could enjoy a bit more of a gain during this period of seasonal strength that runs until early December. Watch for resistance along the 200-day moving average if we see a break above $12.00.

In a comparison I would have to say you might be best served with placing the majority of your investment in CPG based on market cap and average daily volume.