A heavyweight energy stock that's been 18 months in the making finally has its public coming-out party today. The question is, should investors dance with the new belle of the ball - or turn their eyes to the newcomer's older sister?

Cenovus Energy Inc. - the spin-off of energy heavyweight EnCana Corp.'s oil assets - begins trading this morning on the Toronto Stock Exchange, almost a year and a half after EnCana first announced plans to spin off the assets.

The new company - which will have a market capitalization of about $20-billion, instantly placing it in the top 25 among Canada's biggest publicly traded stocks - will give investors a new option to play Alberta's heavy oil sector, while the slimmed-down EnCana provides them a pure natural-gas play.

While both stocks are sure to garner plenty of attention from Canadian and global investors, they are certain to cater to different investing tastes - that was a key reason for EnCana to decide to split up its company in the first place.

We gathered different perspectives from a few experts to explore the arguments for why you might want to favour buying one of these stocks over the other, buying both of them - or opting for neither.

"[EnCana's]exposure to natural gas in a relatively weak macro environment is a concern," he said in his report.

Cenovus, meanwhile, is poised for strong production growth from its world-class in-situ bitumen properties, its refining margins look likely to recover from cycle lows, and its conventional natural gas assets - which the company is likely to sell over the long term - are low-cost and will generate scads of cash. Plus, he argued, the company's oil sands profile makes it a potential takeover target.

Greg Pardy, energy analyst at RBC Dominion Securities, has taken the opposite tack from National Bank's Mr. Ogden. He issued a "sector perform" on Cenovus while reiterating his "outperform" call on EnCana.

He suggested that Cenovus's share price established in "when-issued" trading over the past month - which sat at $26.30 yesterday - leaves the stock looking a bit overvalued before it has even made its official trading debut. (When-issued trading essentially gives buyers the rights to the shares at a certain price on the day they are actually issued.)

"Cenovus' relative valuation appears to be at a premium on a multiple basis versus our integrated oil and oil sand peer group," he wrote in his report.

On the other hand, Mr. Pardy said, EnCana is a strong growth story, as it exploits its promising unconventional gas deposits.

"In our minds, EnCana possesses the best real estate on the block," he said.

Bill Harris, portfolio manager at Avenue Investment Management, specializes in small portfolios of select stocks. He holds just a half-dozen energy names, worldwide. He intends for EnCana and Cenovus to be two of them.

"When they have to compete against all the energy stocks in the world, why would we own them both? Because both are very good."

He said both Cenovus and EnCana are among the lowest-cost producers in their respective businesses, and both are well-positioned for internal growth. Cenovus promises to be a huge generator of cash flow, while EnCana, thanks to its small debt load, is one of the lowest-risk ways to get exposure to the booming North American unconventional shale-gas business, he argued.

"On a 10-year view, these are fantastic assets."

Eric Nuttall, associate portfolio manager for Sprott Asset Management, has no intention of buying either stock. He argues that the real money for investors is not in the sector heavyweights such as EnCana and Cenovus, but in smaller, specialized Canadian oil and gas firms with strong stories.

While EnCana and Cenovus are also big on advanced drilling techniques, Mr. Nuttall said some of the small-cap names offer "greater leverage" to the gains offered from horizontal drilling and other advancements. Because many of them hold only small numbers of generally more homogeneous properties, a particular technological breakthrough can benefit a much wider range of their assets than at a bigger, diversified producer.

More important to investors, the winners in the drilling-technology race may become prime takeover targets. "We expect that will be a large theme for next year."

Eyeing the benefits of a pure oil play
December 1, 2009 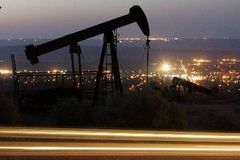 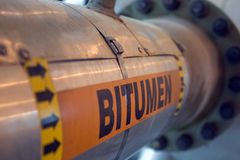