CIBC World Markets Inc. analyst Kevin Chiang has abruptly changed course on his outlook for Air Canada , today downgrading the stock and slicing his price target in half amid growing economic and labour uncertainties.

His new price target of $1.75 is now the lowest on the Street and well below the $3 median forecast of the 15 analysts tracked by Capital IQ. Price targets are all over the map, with the highest being $6.50.

Mr. Chiang notes that lower-cost carriers have the advantage in the slow-growth economic environment that the world is now facing. Meanwhile, he believes the carrier's tumultuous relations with its unions is likely to continue well into 2012. Most recently, its flight attendants rejected a second contract proposal, a signal that labour is taking a more militant stance.

That, he worries, may put Air Canada's longer-term strategies at risk, including the startup of a new low cost carrier.

He now rates Air Canada as "sector performer" down from "sector outperformer."

Other airlines didn't come away unscathed from Mr. Chiang's fresh outlook on the industry that takes into account a more downbeat reading on the economy. His price target on WestJet Airlines Ltd. , which he continues to rate as a "sector outperformer," was cut by $2.50 to $17.

And Transat A.T. Inc. was downgraded to a "sector underperformer," with a revised price target of $7. It was previously rated as a "sector performer" with a target of $10.50.

"While we recognize that TRZ is in the midst of rolling out a new strategy to improve profitability, and it does have significant upside potential, TRZ has become a "show me" stock. We believe TRZ's share price will languish until investors begin seeing improving operating results," Mr. Chiang wrote in a note to clients.

Suroco Energy Inc. has a stable production base, no debt and ample cash flow to fund capital expenditures, giving it a lower risk profile than a typical Colombian junior exploration and production company, said Clarus Securities Inc. analyst David Ricciardi. He believes its current valuation "is downright ridiculous," trading at 2.0 times 2012 debt-adjusted cash flow when peers are going for 4.3 times.

Upside: Mr. Ricciardi initiated coverage with a "buy" recommendation and 12-month price target of $1.25 a share.

CIBC World Markets Inc.'s Mr. Chiang has lowered his earnings expectations for TransForce Inc. in anticipation of further softening in surface freight volumes. He noted that trucking volumes already started to stagnate over the past few months as economic uncertainties grew.

Downside: Mr. Chiang cut his price target by $4 to $14.50. But he maintained a "sector outperformer" rating, citing optimism about margin expansion and the company's strong track record of executing well on acquisitions.

Investors in Foot Locker and The Finish Line shouldn't be overly concerned with the cancellation of the first two weeks of the NBA season, insists Canaccord Genuity analyst Camilo Lyon. While athletic retailers struggled during the last lockout in 1998-99, there were excess inventories also to blame at that time resulting from the 1996 Olympics.

CIBC World Markets Inc. analyst Arthur Grayfer upgraded Surge Energy Inc. to a "sector outperformer," citing such factors as a strong balance sheet, attractive valuation stemming from broader market volatility, and proven effectiveness of its management. In the intermediate and junior producers sector, Surge Energy "is one of the few companies that increased corporate production guidance this year and is still on track to achieve those expectations," he said. 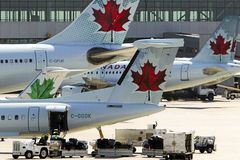 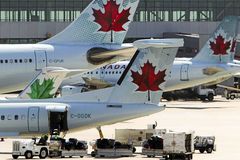