GDI Integrated Facility Services Inc. may not have the same sparkle as some other companies that have gone public in recent months, but analysts see potential for investors to make a tidy profit from the North American janitorial services company.

The Montreal-based company, which provides cleaning services for office towers, airports and shopping malls, returned to the public markets on May 14 – through a reverse merger with investment and advisory firm Medwell Capital Corp. – after about three years in the hands of private equity.

The shares have increased more than 20 per cent from their initial public offering price of $16 on the Toronto Stock Exchange, to around $19.50. Analysts are looking for another 17-per-cent jump over the next year, with consensus price target of $22.15.

GDI has been aggressively buying up other cleaning companies, including more than 20 acquisitions across Canada and the United States since 2008, and analysts expect that strategy to underpin the company's future growth.

"We expect GDI to remain an active consolidator of its highly fragmented market in Canada and the United States," said National Bank Financial analyst Leon Aghazarian, who has an "outperform" (similar to "buy") and $22 target.

He's one of five analysts who have picked up coverage of the small cap company in recent weeks, all of which have a "buy" or equivalent rating, according to Thomson Reuters.

Mr. Aghazarian believes investors should have faith in GDI's management team, in particular chief executive Claude Bigras, whose track record includes a compound annual growth rate of 27 per cent since he took the job in 2004.

"There's no reason to not expect that to continue – the same growth levels and margin stability," Mr. Aghazarian said.

CIBC World Markets analyst Stephanie Price also has a $22 target, and expects the company to grow by about 5 per cent per year from its existing operations, compared with an industry average of about 2 per cent.

In a note, Ms. Price said she likes GDI's "sticky customer base," with an average customer retention rate of 19 years, and its "predictable profitability," and low capital-expenditure needs. Some of GDI's top customers in Canada include major property owners such as CB Richard Ellis, Brookfield Johnson Controls Canada and Bentall Kennedy.

TD Securities analyst Damir Gunja has a $23 target on GDI and in a note describes it as a having a "stable, annuity-like cash flow stream." He expects most of GDI's future growth to come from the U.S. market, which represents about 17 per cent of the company's current revenues, compared with 83 per cent in Canada.

"We intend to continue to grow our services platform, with the U.S. as a primary focus," GDI's Mr. Bigras said. He said the company also plans to further expand its business beyond janitorial services, which accounts for about 90 per cent of revenues, in areas such as janitorial and sanitation supplies, and mechanical repair and maintenance. He said GDI's goal is to have about half of its revenues come from the U.S. by 2020, driven by acquisitions.

GDI went public again after its majority owner, Birch Hill Equity Partners, decided to sell down its stake. Birch Hill took the company private in early 2012, after buying out some of Mr. Bigras's business partners. Today, Birch Hill is the largest shareholder with a 30-per-cent stake in the company. Mr. Bigras is the second-largest owner with about 16 per cent.

While analysts are fans of the stock, they cite risks such as intense competition, especially in the U.S. market, as well as potential for falling vacancy rates if the economy slows, which could tarnish revenues.

These may not be concerns now, but some investors are still cautious buying new issues, says Ryan Modesto, managing partner at 5i Research, a Kitchener, Ont.-based investment research firm that targets retail investors. He said investors might want to wait and see more results from GDI in the coming month before potentially buying the stock.

"The expectations are quite high on the company," he said. "I think you're buying a company that's priced to perfection. They have to execute on everything they're promising."

Three stocks for investors who are not ruled by dire economic headlines
June 29, 2015 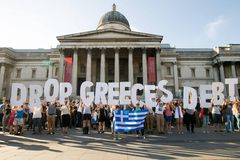 Canadians have made a killing off this U.S. health-care stock
June 26, 2015 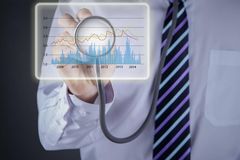