Gold has cratered into bear market territory. Ditto for silver and copper. Aluminum is in a big downtrend too, along with its metallic cousin nickel. The price of oil has been moving sideways and agricultural commodities are well off last year's drought-induced highs.

Glance at a list of commodities, and just about everything other than natural gas has been doing nothing or heading south. Sure, there are occasional counter trend rallies, like Friday's nice move upward for oil and copper on the back of stronger-than-expected U.S. payroll figures, but the overarching trend doesn't look good.

Investors have got to be getting jittery about one of the prime reasons for plunking down money in the space – the notion that we're in a commodity super-cycle, a once-in-a-generation move upward for natural resource prices. If the trend is really over, commodity exposure will be a sure way to sink portfolios.

But my hunch is that we're in a kind of pause that refreshes, a lengthy and painful correction in what is likely to be recognized as a bull market that has further to run.

Those views were reinforced at Desjardins Securities Inc.'s annual commodity conference last week in Toronto. Each year, Desjardins assembles some of the world's leading experts.

Contrarians take note. One comforting observation for the long term bullish thesis is that the event was lightly attended, always a good sign that market players don't have to worry that they're buying in at the peak. The apathy partly reflects that equity investor attention to miners has been reduced through the hollowing out of the sector's Canadian large caps through foreign takeovers of Inco, Noranda, Alcan, and Falconbridge. But it's also because investors in the space are punch-drunk from the recent blows to their portfolios, and can't bring themselves to hear anything about commodities.

Many of the comments by experts weren't full of doom and gloom. Even though many commodities have growing supplies, there was no chatter of prices declining anywhere near back to the lows of the early 2000s, when many commodities were at a fraction of current levels.

Take the worry that China's growth is slowing dramatically, and will pummel copper, a commodity for which the Asian country is the world's largest consumer. Recent Chinese purchasing manager surveys have suggested lacklustre economic activity, but on-the- ground observations are telling a different story.

A sharp drop in copper demand is "simply not the case that we experience from most of of our business in China," says Jeremy Goldwyn, copper expert at Sucden (UK) Ltd., a London-based firm that is active on the London Metals Exchange.

The economic feeling "on the ground ... is far from one of panic," he observes, yet when he speaks to people outside of China about copper "all we hear is negativity."

One worry in China is the high level there of copper stocks in bonded warehouses. Much of this metal is used as collateral for financings, raising the possibility that the material could be dumped on the market and take prices down, but Mr. Goldwyn says such an outcome is unlikely, given the structure of the country's financial markets.

Another fear is that prices will sink because of burgeoning new mine supply. But Vivienne Lloyd, principal consultant on the red metal at CRU Group, a privately owned commodity specialist based in London, says many new mine projects will be delayed. It could take until 2015 for new supply to start to create a worrisome surplus and push prices lower.

Potash could have pricing problems down the road because of capacity additions. Prepared remarks from CRU fertilizer analyst Peter Harrison noted that committed capacity additions "point to significant surplus" and a "question mark over future of supplier pricing power with new market entrants." That could be a potential problem for producers that have traditionally had to curb output to maintain prices, although he noted that agricultural demand for the product remained a positive.

Jeffrey Christian, precious metals specialist and managing partner at CPM Group in New York, says gold is likely going to form a base around current levels, although he wouldn't rule out a further decline to $1,250 an ounce.

He says the frenzied mood in the aftermath of the financial panic, when some investors feared hyperinflation and "imminent financial collapse" has given way to a view that there is going to be subpar economic growth, low interest rates, high unemployment and some risks of either inflation or deflation. "In that kind of environment, you probably still want to buy gold, but you don't really have to chase it higher," he said.

He's a bit more worried about silver, noting that there could be "negative price consequences" if there is a fall-off in investment demand. Investors are more likely to sell out their silver positions during price weakness, he says, while in the gold market when there is a bearish mood, investors just buy less.

Avoid the volatility in Canada’s three biggest market sectors
May 2, 2013 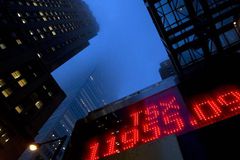 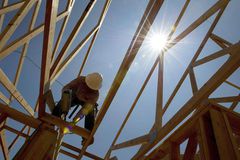 Natural gas heats up as commodities cool down
April 19, 2013 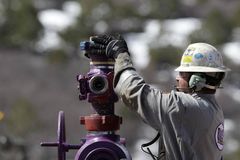 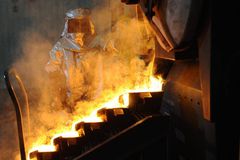