There are just a handful of companies on Canadian exchanges that book a billion dollars in sales a year, but can be had by investors for just pennies per dollar of revenue. And only one has a former CEO of Apple helping lead it.

That company is Pivot Technology Solutions Inc., a reseller of computer products and services to Fortune 100 clients that counts former Apple leader John Sculley as its executive chairman. It recorded $1.3-billion (U.S.) in sales last year, but its market capitalization is a teeny $40-million (Canadian).

There are reasons for this. The company loaded itself with debt in order to buy a series of computer resellers. Then, rather than going a traditional initial-public-offering route that could have raised money to pay off that debt, Pivot went public via a reverse merger that got it listed on the TSX Venture Exchange. Thanks to interest expense and merger-related charges, it's never posted positive net income; it remains highly leveraged to this day, with $162-million (U.S.) of debt versus less than $30-million of EBITDA, or earnings before interest, taxes, depreciation and amortization.

Before I make you think Pivot shares are junk, however, it's worth listening to Ralph Garcea of Cantor Fitzgerald Canada, who just became the first analyst to cover the company. He says Pivot Technologies is poised to expand its margins. At the same time, it's reworked part of its capital structure to the benefit of common stockholders.

Perhaps most important to Canada's income-crazed investors, it plans a dividend and share buyback later this year. And while the shares have doubled since late February – all the way to 40 cents apiece – Mr. Garcea sees a further tripling, to $1.25 (Canadian), largely led by investor excitement over the pending dividend.

"I like being first on names, and this has been a unique name, given its scale and size and management team," Mr. Garcea says.

Actually, Mr. Garcea has been first more than once: He covered the company at some of his past employers, and picked up coverage again after joining Cantor Fitzgerald last year. In 2013, when the shares traded around 15 cents apiece, he issued a "strong buy" and suggested a 12-month target of $1. That did not happen.

The chief culprit, he believes, were the holders of a series of preferred shares who, upon any rise in the stock, converted their holdings into common shares and sold, driving the price back down. "Every time [Pivot] reported a quarter, it was either in-line or better than my number, and every time you had the stock rally, you had these pref guys convert and sell." (The number of common shares in the company more than doubled from 2012 to 2013.)

In early March, Pivot announced a cleanup of its capital structure, with the company converting its remaining preferred shares into common shares. The company said it would seek Venture Exchange approval for a normal course issuer bid for up to 5 per cent of the company's stock over 12 months. And it plans to pay a three-cent annual dividend, starting with a quarterly payment in September.

"When that news came out, the stock was at 30 cents, and it was ridiculous: A three-cent dividend on a 30-cent stock is a 10-per-cent yield," Mr. Garcea says. With Canadian technology stocks averaging a yield of under 3 per cent, he says, Pivot shares could rise to a dollar "just on dividend support."

Mr. Garcea argues, however, there's an earnings story here, too. Computer reselling is a notoriously low-margin business for companies who bundle PCs and off-the-shelf software and try to eke out a little extra margin from the corporate customer.

While Pivot isn't trying to be a high-margin consulting company, it is selling specialized large-scale servers and storage devices, rather than low-margin "consumer-grade hardware and shrink-wrapped software." Its "managed services," or outsourcing business, has even higher margins, and should grow to 11 per cent of the company by 2018 from 4 per cent in 2010, Mr. Garcea says.

The shares are trading at less than seven times Mr. Garcea's 2015 earnings forecast, and the announced dividend represents a 7.5-per-cent yield. Pivot's enterprise value – market capitalization plus net debt – is less than 0.2-times its sales.

We are still early in this story, it is safe to say, and much can go wrong with the thesis. It doesn't cost investors too much, however to see if Pivot can, well, pivot and turn itself into a winner.

(Disclosure: The author of this column and the Cantor analyst cited do not hold a position in Pivot.)

Investing in solutions for the water crisis
March 20, 2015 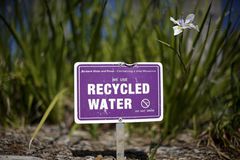 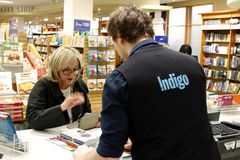 Avigilon silences the doubters. Or at least most of them
November 5, 2014