A long-standing investment strategy is back in vogue. "Covered call writing" is designed to generate income from a stock by selling a call option against it (the right to buy the stock at a set price in the future). While the strategy has been around forever, what's new is covered call ETFs, which now total over $1.5-billion. The BMO Covered Call Canadian Banks ETF was the second-best selling exchange-traded fund in 2011 and is a sales leader again this year. The Horizons Enhanced Income Equity ETF is the other large fund in the category and is growing rapidly.

What are these funds all about? Well, first and foremost, they're actively managed equity funds. ZWB owns the six major banks, while HEX holds 30 of the largest stocks in Canada. In both cases, the positions are equally weighted (in HEX, RBC is the same size as Silver Wheaton) and don't change very much. The active part relates to writing call options on each stock. The premiums received from selling these options, along with any dividends, are paid out to the unitholders on a monthly basis. The brilliant thing about these funds is that option premiums are considered capital gains, so the distributions are tax efficient.

As with any product, investors need to understand what they're getting into when they buy covered call funds. They're a notch up on the complexity scale, so there's a greater possibility of them being mis-sold.

The first thing investors must know is there is no magical source of investment return being created. Long-term fund returns will relate closely to the dividends and capital appreciation from the underlying stocks.

What these funds do is move the deck chairs around, exchanging future capital appreciation for current income (HEX's estimated annual yield was 10.9 per cent as of March 31). Total returns (distributions and price changes) may or may not reflect the funds' current yield. Indeed, while the distributions from ZWB and HEX have been healthy so far, their fund prices are well down in sympathy with last year's market decline.

In the sales material, covered call funds are billed as being well suited to stable markets. That's because in these periods (let me know when they're here), the funds receive the option premiums but don't give up much of the upside.

In declining markets, however, they'll go down in lockstep with conventional funds, which lessens their ability to generate future income. Also, by definition, the strategy limits the funds' ability to recover because upside potential is being sold to generate income. In other words, it's a one-way street. The holder is accepting a gradual deterioration of the market value in return for a healthy income in the early years.

In their short history, the total returns of ZWB and HEX (pre-tax) are running slightly behind their conventional counterparts. Going forward, could a sharp fund manager win that race? Personally, I don't like their chances, because they have a number of factors working against them.

The option market, where the added value needs to come from, have some of the most sophisticated players in the business. The managers of the covered call funds are skilled at what they do, but they don't have the same freedom as their counterparts and can't be as valuation sensitive – even when premiums are unattractive, they have to write options.

Also, the strategy demands that managers trade a lot and the cost of trading is high. In its first 10 months of operation, HEX's trading costs were 1.2 per cent of assets, which exceeded the fund's management expense ratio of 0.8 per cent (BMO doesn't disclose ZWB's cost of trading options). Also, with the growth of these funds and a relatively thin options market in Canada, there will be times when managers have to pay up for liquidity. As one hedge fund manager told me, "The bid/ask spreads are not insignificant."

These funds are only appropriate for investors who are in need of tax-effective income. They're not a replacement for a core fixed-income strategy (GICs, bonds or preferred shares), but rather an enhancement. They belong firmly in a portfolio's equity bucket.

For investors with a longer time horizon, I suggest that they let covered calls slide back into obscurity. 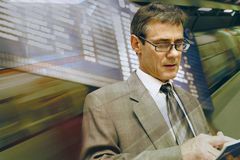 Lessons learned in the wealth management trenches
May 8, 2018 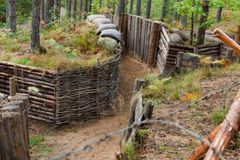