David Rosenberg is chief economist and strategist for Gluskin Sheff + Associates Inc., and a guest columnist for Report on Business

The theory that the stock market has turned in a "double top" may not have gone the way of the dodo bird after all, following the reversals we saw in the last two trading days of last week.

Not only is the U.S. equity market overvalued by more than 25 per cent, it is also extremely overbought, having gone 24 sessions without a decline of 1 per cent or more. Moreover, 89 per cent of the stocks in the S&P 500 are now trading above their 50-day moving averages - and volume remains tepid at best.

Even if you are bullish on the outlook, one would have to admit that such a parabolic move is vulnerable to at least a modest pullback ... or more. I know this sounds like a broken record but this has been as confounding and confusing a market for the bulls as it has been for the bears.

Of course, it is always difficult to predict the future, but so many investors are caught in the moment and are being told "not to fight the tape" and simply play the momentum game. They do not see that the current rebound in the economy is a statistical mirage orchestrated by record amounts of monetary and fiscal stimulus that are simply unsustainable and actually risk precipitating a very unstable financial and economic backdrop in coming years.

From our lens, the rally of the last 12 months smacks of the 1930 snapback, and if I'm not mistaken the S&P went on to hit new lows in subsequent years and the next secular bull market did not start until 1954. I am sure that all the bullish pundits and "tape watchers" were ridiculing the cautious folks back then - just go and have a look at the Depression diary of one Benjamin Roth and you will see how much giddiness there was about that bear market rally, and accompanying sentiment that the worst was over. As it turned out the lows were still more than a year away to everyone's surprise - except those who kept their eyes on the forest, not the trees.

Deleveraging cycles take years to play out, even with massive doses of government intervention.

In today's context, once again few, if any, will know when we reach the peak since there is no perfect market-timer out there. But looking at the pattern of the past 12 years - former U.S. Federal Reserve chairman Alan Greenspan's first steps on the bailout path with Long-Term Capital Management in 1998 and the ensuing roller-coaster ride - it has been just as prudent to take profits after a 70-per-cent bounce as it would have been to start adding to equity positions after a 50-per-cent decline.

It is clear from the volumes of e-mails I receive daily that there is frustration among those who think they have somehow missed something important by not being overweight cyclical stocks over the past year. The tone of the responses to my daily musings is eerily similar to the complaints I saw frequently back in 2006 and 2007 - and the advice not to "fight the tape" or to "fight the Fed." These are just glib after-the-fact excuses for going long the market when nobody really has a good idea why we should be bullish in the first place.

It's remarkable how so many people still refuse to accept what history has taught us about post-bubble credit collapses - they do indeed require ongoing government support, but even then we endure five to seven years of economic stagnation. And, that flat line will involve periods of growth followed by periods of contraction, but the lasting theme is one of volatility.

For a long while, I have recommended that investors have a read of the aforementioned Mr. Roth's The Great Depression: A Diary. The story of Benjamin Roth, a Youngstown, Ohio, lawyer is one of the few detailed personal accounts of the 1930s that has been published. On July 31, 1931, he entered this into his journal: "Magazines and newspapers are full of articles telling people to buy stocks, real estate etc., at bargain prices." Of course, this was during the "reflexive rebound" and the market still had 35 per cent to go on the downside before the triple waterfall bear market was complete.

On March 6, 1933, he lamented that "When I started in 1930 to jot down the happenings during the depression I had no idea it would last as long and I did not think I would require more than one small notebook. Now after 3½ years of the worst depression this country has even seen, the end is not in sight."

It is very important not to get caught up in the euphoria in the business media and the mania in the financial markets. The most dangerous thing anyone can do right now is extrapolate the stimulus-led bounce of the past year into the future. As Mr. Roth's diary shows, these post-bubble bouts of giddiness were not sustained, even with the economic stimulus of Franklin D. Roosevelt's New Deal.

As was the case back then, the investors who end up succeeding are not the ones who are able to play the flashy bear market rallies but the ones who opt for strategies that minimize volatility and optimize risk-adjusted returns. Income, whether it be from paper assets (bonds, dividends) or hard assets (oil and gas royalties, REITs), is going to emerge as king in an environment where the primary trend is one of deflation, which is indeed the case as private sector credit contracts. 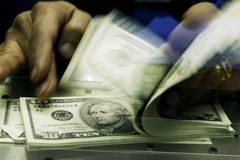 Are global leaders becoming too lax as the crisis eases?
March 30, 2010 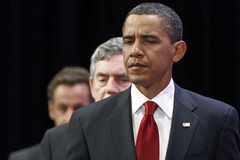