Fabrice Taylor
Contributed to The Globe and Mail
Published August 9, 2015 Updated May 15, 2018

Diversified Royalty's shares were on a pretty good run until recently, when they dropped sharply. In my view this fast-growing dividend-paying stock is worth buying now because the drop in stock price is about as temporary as such drops get.

Diversified, which as the name implies, acquires royalty streams from private businesses looking for alternative sources of capital; it was formed last fall when it acquired its first royalty, on a restaurant chain called Franworks, which operates a number of popular casual restaurants in Western Canada.

It then moved into real estate by acquiring a royalty on Sutton Group Realty Services this past June.

Then, in July, it announced a deal to acquire the trademarks of Mr. Lube Canada, which it intends to license back to the company for an annual fee, which will be mostly free cash flow.

Each time Diversified makes an investment it has to raise money, and often quickly. To fund the Mr. Lube deal, Diversified needed to raise $110-million. Because the markets have been weak it had to price its offering of shares aggressively, namely at $2.70.

Given that the stock had traded as high as $3.14 in mid-June, that was a steep discount. But, as CEO Sean Morrison told me, the offering had to be priced and had to close, and given the poor markets there wasn't a choice.

When a financing is priced well below market, some investors who own the stock sell it knowing they can buy it back for less in the placement. And when the financing is big as a proportion of the company's market cap, investors interested in buying will also do so in the placement rather than in the market. This sudden selling and lack of market buying creates a temporary air pocket that temporarily sends the stock lower. Eventually, when the financing closes, demand for shares can only be satisfied by buying in the market.

The books on the financing closed July 31. The acquisition of the Mr. Lube trademarks should close in mid-August. And it's an attractive deal for a number of reasons, which should turn heads by the time investors come back from vacation in September.

First, Mr. Lube diversifies the company's portfolio, and this diversification should entice investors to pay more for the company's shares as the perceived riskiness of the business diminishes.

Second, Mr. Lube is an attractive business. Founded in 1976, it was the first quick-service oil change chain and has grown very nicely and steadily over the years. In fact, it boasts 15 straight years of same-store-sales growth and 170 locations.

Third, the deal increases Diversified's cash flow to the tune of $12.4-million, which will likely rise over time because its royalty is calculated as a percentage of revenue, and Mr. Lube is growing. In fact, Diversified has already announced that it will increase its dividend by a generous 11.25 per cent following the closing of this deal. The company had already increased its dividend only two months ago.

Finally, Mr. Lube increases Diversified's market value and share count, which in turn should increase its trading volume. This will attract bigger, longer-term investors who couldn't buy the stock before because of a lack of size and liquidity.

All of these imply a higher stock price, and given that the stock has traded above $3, I see no reason it can't get higher than that now.

Investors who act now can likely get a quick return too. Why? Because this financing is being underwritten by no less than six investments banks. As usually happens, their analysts are blacked out until after the financing closes.

Once that happens, they will likely have positive things to say about this deal. After all, it's an attractive deal for investors, from which the banks will earn millions in fees, and one of the ways they earn these is providing research.

And this deal seems easy to like. At current prices the stock yields about 8 per cent. Alaris Royalty, another fine company that's been at this game a lot longer, has been successful at growing and diversifying its business, and yields 5.5 per cent. Grenville Strategic Royalty, which is smaller than both Alaris and Diversified, yields 7.6 per cent.

If Diversified were to yield something in the middle of these two, the shares would be worth a fifth more, representing a total return of about 30 per cent.

But looking ahead, if Diversified successfully continues to grow at the pace it has set for itself, the returns will be even more impressive.

I expect that this stock is going to get a lot of attention from analysts and investors in the coming year, in part because it's an interesting and well-run firm that will keep Bay Street busy, and in part because investors are looking to reduce their risks, and steady dividend payers do just that.

Now is your chance to be early.

Buffett's winning wager on index investing and how Canadians can place their own bets Subscriber content
May 15, 2018 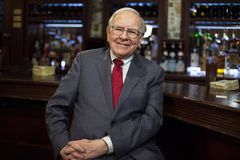 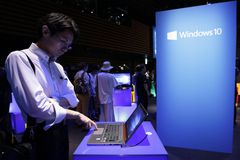 Tough week for social media stocks as investors find reasons to sell
May 15, 2018 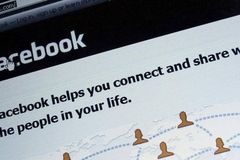