Canada's diversified power companies are a potential alternative for investors unhappy with minuscule returns on their fixed income investments.

Many of these mid-sized power producers generate solid yields, and have long-term stability and growth potential. Most also concentrate in the renewable energy sector – with portfolios of wind, hydro, and even some solar power generating facilities – adding a bonus for investors keen to "green" their portfolio.

The power group ranges in size from Brookfield Renewable Energy Partners LP, with a market cap near $3-billion, to much smaller players, such as Capstone Infrastructure Corp. and Boralex Inc.

The yields range from a high of about 8.5 per cent at Atlantic Power Corp., to 4.3 per cent at Algonquin Power & Utilities Corp. (Boralex does not pay a dividend yet, but says it will start to do so after it completes the first phase of its new Seigneurie de Beaupré wind farm in Quebec.) The stock performance of the companies in the sector are also all over the map, with some showing double digit gains in the past year, while others have sunk.

Still, "if you have a view that interest rates are going to stay low for a few years, then these are very attractive investment vehicles," said Rupert Merer, an analyst at National Bank Financial.

The key to a sustainable yield over the long term, Mr. Merer said, is the length of the power purchase contracts each company has signed. He cites Innergex Renewable Energy Inc. as one of his top picks, because it has contracts that average more than 25 years. On top of that, he said, Innergex has interruption insurance on its facilities, it has hedged its interest rate risks, and it has tucked away a year's worth of dividend distributions in a reserve fund. The company has hydro, wind and solar projects in three provinces and in Idaho.

Investors should also look at the status of each company's development portfolio, Mr. Merer added. Some power producers have a lot of projects in the pipeline, but since these projects are not built yet, they face risks from possible construction cost increases, for example.

It is generally safer to invest in companies that are larger, and thus more diversified, he said, because "if something goes wrong with one of their assets it is not going to have as big an impact on the sustainability of the yield." Innergex, he said, has a fairly high concentration in hydro-electric projects in British Columbia, something that could become an issue if there was a significant drought in the province.

John McIlveen, research director at Jacob Securities Inc., in Toronto, said independent power producers are a key part of any high yield portfolio, although they should be combined with other stable dividend vehicles such as real estate investment trusts, pipeline stocks, and banks.

It is also important not to be swayed entirely by the size of the yield, Mr. McIlveen said. "Just because it has a high yield doesn't necessarily mean it should be your first choice."

Indeed, he said, a high yield often indicates that the market thinks there may be a dividend cut, while a low yield may suggest a dividend increase is imminent. He suggests it is actually better to buy companies in this sector that have relatively low yields, as they are more likely to see a boost.

Other benchmarks to look for are the payout ratio – the dividend divided by the free cash flow. This should not be higher than 80 per cent, Mr. McIlveen said. The bond rating is also key, with investment grade – triple-B or better – the best bets, he added.

Mr. McIlveen's top picks in the group include Algonquin Power & Utilities Corp., which has the "highest probability of increasing its dividend," he said. The company is also expanding as a water, gas and electricity utility in the U.S., in addition to its renewable energy portfolio – a move which gives it greater growth potential, he said.

Northland Power Inc. is also a "solid story," Mr. McIlveen said, but it will take a couple of years for it to complete an intense construction program of wind, hydro and solar projects, which will eventually generate significant revenue.

Juan Plessis, an analyst at Canaccord Genuity in Vancouver, said investors who switch some of their portfolio from fixed income instruments to these stocks will also get the advantage of paying a lower tax rate on dividends than on interest. 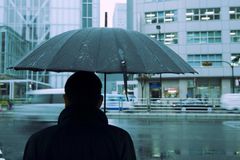 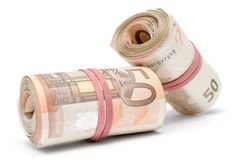