I believe that emerging stock markets could be much larger than they are today, and in the next decade their combined value could exceed the combined value of the US, Japanese, and European equity markets.

Emerging markets have come a long way since 1986. Since then, emerging countries have progressed from being simply low-cost manufacturing economies to growth-driven economies with a very strong consumer base.

The importance of domestic demand in emerging countries will play an even more important role in the future, as growth in developed markets is expected to be much lower, fraught with fiscal challenges.

With emerging markets, growth in domestic consumption should be driven by, and hopefully sustained, in two ways: rising per capita income and-more importantly-the maturing of the young, working population who will be reaching the most productive years of their lives.

However, if governments fail to keep up with this new and rising middle-consumer class, e.g. through a lack of employment and high, unproductive government spending that could in turn lead to inflation, this could lead to political instability, a persistent poverty trap, and a widening gap between rich and poor.

India took a hit to its stock market last November as a result of a number of scandals related to allegations of corruption. The need for better corporate governance is a global phenomenon and is not exclusive to emerging markets-developed markets like the US have also had various scandals in the past.

We are seeing growing awareness of the importance of corporate governance in countries such as Russia, China, and India, but reform takes time and change cannot be expected overnight.

It will be interesting to see how China evolves and balances its communist regime with its capitalist economy.

In January, China started allowing its domestic companies to use the renminbi currency for overseas investments. This was regarded as the next step in a series of measures that China has put in place over the past few years to 'internationalize' the renminbi.

Despite global reservations stemming from China's status as a developing country and its cautious approach to monetary policy, it is very possible that the renminbi could become a global reserve currency by 2020. If that occurs, it would further cement China's prominence on the global economic stage.

The renminbi might potentially replace the role of the Japanese yen, given that its usage was driven by Japan's former economic dominance.

I believe the BRIC (Brazil , Russia, India , and China ) countries will continue to do quite well at different times. Each of these countries has unique characteristics and as such, their markets will react differently under various conditions. We have invested and we intend to continue to invest in all four markets.

Outside of the BRIC markets, we think the Next 11 countries (Bangladesh, Egypt, Indonesia, Iran, Mexico, Nigeria, Pakistan, Philippines, South Korea, Turkey, and Vietnam) will be important and very interesting to watch, being a varied group with different characteristics and development stages.

Take Bangladesh, for example: it is a very poor country with many problems. However, it benefits from low labor rates with growing importance in its agriculture and export sectors.

And we have much more developed markets in comparison, such as South Korea, where we are seeing opportunities in oil, gas, electronics, banking, and also in shipbuilding and repairs. In addition, we are also keeping an eye on South Africa, Kazakhstan, Poland, Ukraine, Argentina, Chile, and Colombia. 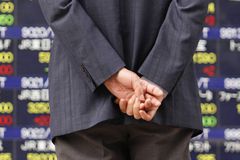 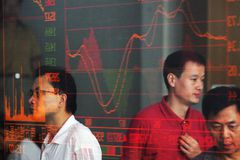 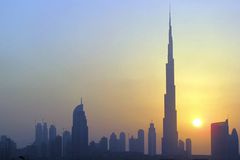 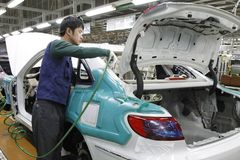