Ever since the global financial meltdown showed that not even high-growth emerging markets could provide sufficient shelter to ride out the torrential storms sweeping across the industrial landscape, shaken investors have been wary about jumping back into China, Brazil or any of the lesser lights of the developing world. Many have preferred to park their depleted cash in U.S. dollars, Treasuries and other assets regarded as both safer and easy to get out of quickly.

From time to time, people seeking some sort of real return would gingerly step back into what they considered riskier markets, only to flee again at the first negative piece of Chinese data, more bad news on the euro front or another of those endless scare stories on Washington's fiscal miseries. But in recent weeks, the flow has been reversed yet again. And it may well stay that way through at least the first half of 2013.

Money pouring into emerging market equity funds matched a 10-week high last week, and bond funds did even better, closing to within $1-billion (U.S.) of their record take for an entire year, according to the folks who track fund flows at EPFR Global. China-only equity vehicles scored their second-highest inflows of the year. Funds focused on Turkish stocks have taken in almost 60 per cent more money than a year earlier, Philippines equity funds more than 50 per cent and Mexico 30 per cent more, EPFR reports.

It all has to do with more realistic evaluations of emerging world conditions and improving consumer sentiment, says David Riedel, who spends his working days burrowing deeply into emerging markets in Asia, Latin America and eastern Europe.

Until the recent surge, fund flows had simply underscored how much emerging equities have been decoupled from economic performance, says Mr. Riedel, who attributes the phenomenon to plain old – and misplaced – risk aversion.

"This is a continuation of something that's been true since the global financial crisis. All categories of assets are actually highly correlated. And the one factor that seems to be the thing that drives them the most is fear and panic and negative news flow."

His firm, Riedel Research Group, measures that panic through its own global consumer sentiment index, which combines scores from 25 countries. Risk aversion rises as sentiment readings fall significantly below their norms, as is currently the case across a large swath of Europe. But confidence is slowly bouncing back. Currently, just under half of the 25 countries –both emerging and developed – are experiencing varying degrees of panic. During the financial crisis, the total reached 90 per cent. And as recently as October, it stood just above 60 per cent. So it's heading in the right direction.

The key player in all this is China. Every country in the Riedel index gets the same weighting. But China gets headline attention for obvious reasons. And talk of the giant stumbling has infected public attitudes toward emerging markets in general. "If you visited from another planet and looked at China and Brazil and Indonesia and the U.S. and the euro zone, you would conclude that the better performing equity markets would be in those emerging economies," where the tax base is growing, the demographics are more attractive and economies are expanding at a much faster clip in percentage terms.

The S&P 500 is up nearly 13 per cent so far this year, while emerging markets as a group are ahead by about 5 per cent. Some markets have been hit harder. Brazil is off nearly 9 per cent in U.S. dollar terms.

Getting back to China, Beijing seems to be pulling off the tough "soft landing" trick. The government is poised to announce that its growth target for 2013 will remain unchanged at 7.5 per cent. That's a far cry from the boom years, but terrific by the standards of the developed world. When a country of that size has grown so fast for so long, percentages start to make less sense, Mr. Riedel says. Growth of 7.5 per cent in 2013 would be the equivalent of the 10 per cent posted by China's then smaller economy as recently as 2006.

So it's not surprising that China shows up on his buy list for 2013, although his focus is on consumer-related stocks listed in Hong Kong. Other preferred destinations include Indonesia (a diverse economy with a large domestic market and less reliance on exports); Turkey ( which has emerged as a key manufacturer for the European market); Poland (the back office for the German industrial machine); Mexico and Chile (for Latin American fans who have soured on Brazil). His list of places to avoid in 2013 is topped by Russia and much of battered eastern Europe. 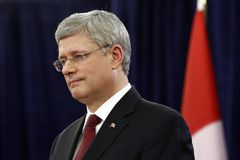 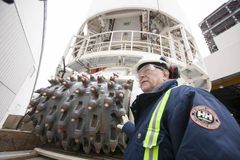 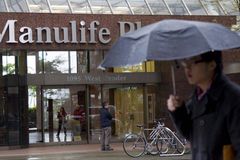