Billions of Big Macs mean big profits, but the prospect of big gains for McDonald's shareholders is dim. The global giant has simply grown too big to be a growth story, as its underwhelming earnings this week reminded the markets.

Investors seeking top returns in the North American restaurant sector, then, need to consider smaller, less-familiar names – ones that have the best prospects of putting up a string of blockbuster gains in sales and profits.

Unfortunately, investors will have to pay up for that profile.

"There's a lack of growth in restaurants and in consumer-discretionary companies, so that's why you see the outsized multiples for [these names]," says Will Slabaugh, an analyst for Stephens Inc. "They have a very clear path to growing their units 15, 20, even 25 per cent, while the rest of the industry is growing at 5 per cent or below."

Investing for big restaurant growth also requires looking almost exclusively at U.S. names. The TSX-listed parents of some of Canada's best-known restaurant names are focused more on income than on growth. The six top dividend yielders among North American restaurant companies are Canadian, with payouts ranging from about 5 to 9 per cent. Most are below the median price-to-earnings ratio of the restaurant group, which stands at a whopping 24.5 on a trailing basis, according to S&P Capital IQ.

"I think the Canadian restaurant market is quite saturated, if not fully saturated," says industry consultant Douglas Fisher of FHG International Inc. "There are many, many U.S. companies that are larger than even Boston Pizza by number of units, but they may be in only a couple of states. You can do 300 restaurants in New England without anyone knowing about them in the rest of the U.S. Those companies really have lots of growth opportunities."

Consider Chuy's Holdings Inc., a Texas chain of Mexican restaurants that debuted a year ago at $13 (U.S.) per share and jumped 50 per cent in its first few weeks of trading. Seemingly expensive then – it had a trailing price-to-earnings ratio (P/E) of more than 140 – it has more than doubled since.

Three analyst downgrades this month pushed the shares from $44 down to $36, yet it still has a forward P/E of 47, Capital IQ says. What it also has is just 45 restaurants in 12 states, versus 36 locations in eight states a year ago. That's 25 per cent growth in locations.

Mr. Slabaugh of Stephens, who has a "buy" rating and $39 target price on the stock, says the chain has "an approachable price point," with all but two menu items priced below $10, and "fresh, relatively high-quality food."

This year's hot restaurant IPO has been Noodles & Co., a Denver-based chain that sells a wide variety of – yes, noodle-based dishes. The company sold shares to the public at $18 apiece June 28; the stock has rocketed, pushing $52 in its first month. It's currently trading around $44 – a breathtaking 220 times trailing earnings. (It's too soon for an earnings consensus for the next 12 months that allows for a forward P/E.)

The 18-year-old company has 349 locations in 26 states. It says it's increasing average sales per restaurant, and it's increased its restaurant count by an annual average of 16 per cent since 2004. Its CEO, Kevin Reddy, is an alum of Chipotle Mexican Grill, another Colorado success story (one whose stock is also priced for growth, despite the chain recently topping 1,500 locations).

"Noodles & Co. provides a great example of a company that has prospered in the recession and in the slow-growth aftermath by providing solid value, focusing on operations, and offering greater choice in areas that have traditionally been food deserts [areas with a lack of supermarkets and poor food choices]," business journalist Daniel Gross wrote in a piece that examined why the stock soared above the IPO price that Wall Street bankers helped set.

Mr. Gross noted that much of Noodles & Co.'s expansion so far has been in Midwestern cities, with ample opportunities on the U.S. East and West coasts. "There are as many Noodles & Cos. in North Dakota as there are in the heavily populated [New York-New Jersey-Connecticut] area."

Stephens's Mr. Slabaugh also likes Fiesta Restaurant Group, another Texas-based operator. It has 300 restaurants across two brands, the Caribbean-themed Pollo Tropical and the Tex-Mex Taco Cabana. Yet it operates in just four states.

At $32 per share, it has a forward P/E of 41. Mr. Slabaugh, who has a target price of $37, likes its healthy same-store sales numbers (revenue from locations open at least a year) and cost controls that contributed to a positive earnings surprise in its most recent quarter. "Primarily," though, he sees the stock "as an accelerating unit growth story."

While Tim Hortons has been the best of the Canadian restaurant growth stories in recent years, its U.S. doughnut peers Dunkin' Brands Group Inc. and Krispy Kreme Doughnuts Inc. are priced for expansion, with forward P/Es of 26 and 46, respectively.

Mr. Slabaugh says Krispy Kreme, which suffered through an accounting scandal that severely wounded the company, was "a broken company, but not a broken brand. This brand is known across [the U.S.] and many [other countries], but there are only 240 stores domestically. The opportunity to expand the store base is big, and the opportunity to increase the frequency the customers come to the stores is just as big."

Marc Riddick Sr., an analyst at the Williams Capital Group, says similar things about the Dunkin' Donuts brand. "It's a very powerful thing to have going for you, that you show up in a market and people already know who you are and gravitate to the locations. It's an amazing thing to watch."

A rave review for the restaurant industry
May 22, 2013 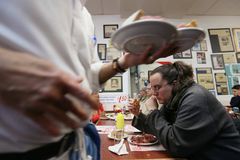 Slow times for fast food: Soft economy takes bite out of restaurants
May 8, 2013 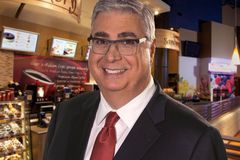 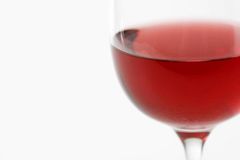