When Shonda Warner first set out to attract wealthy investors for a fund to acquire farmland across the vast U.S. grain belt, she was almost laughed out of the drawing room. That was back in the halcyon days of 2006, when ordinary mutual funds were delivering double-digit returns, gold gained 19 per cent and mortgage-backed securities and other derivative-based junk were still being snapped up by unwary institutional investors. Heck, even cash accounts were bringing in something north of 4 per cent.

"Nobody was interested," Ms. Warner says with a chuckle. "Nobody would talk to you, because the returns weren't sexy enough. You can't argue with people about those kinds of things."

Still, the former derivatives trader with Goldman Sachs suspected a lot of investors would come to rue the day they had listened to Wall Street's siren song and turned up their noses at her projected real returns of perhaps 10 to 12 per cent annually.

Needless to say, Ms. Warner, the affable founder of Chess Ag Full Harvest Partners, turned out to be right. After one of the great financial meltdowns in history and years of miserable returns on a host of mainstream and alternative investments, she finds no shortage of interest or competition today on her own turf. At least five farmland funds have cropped up in Canada, mainly in Saskatchewan and Alberta, where Chess and other U.S. players are kept out by restrictions on large-scale foreign ownership.

What they offer is a pricey but compelling story for long-term investors, essentially buying up land, leasing it to growers and collecting a share of the proceeds, while benefiting from appreciating property prices.

So people are banging on her door, demanding admittance, right?

Well, not exactly. "My sense is people still aren't raising a ton of money, because everyone thinks there's a bubble [in U.S. farmland]" Ms. Warner says from her office in Clarksdale, Miss., best known as the birthplace of the Delta Blues and long a centre of cotton production. Cotton, an expensive crop to finance and grow, is increasingly being displaced by more profitable corn.

"So people are holding off because they think it's too hot a story. The weird thing is, unlike other alternative asset classes, nobody really ever played," she says, laughing heartily at the absurdity. "While there's interest and it's certainly getting on folks' radar screens more than ever, there's still not massive [institutional]participation."

That actually suits the conservative Ms. Warner, who recently closed her second fund to new investors and seems a tad embarrassed by the funds' current outsized returns of 15 to 17 per cent. She emphatically avoids using recent results as a marketing tool. "I didn't really want a bunch of money right now, because I think the market's rather high. So I've certainly been quiet about it on this go-round." Altogether, Chess has about $150-million (U.S.) under management.

Higher food and land prices in the U.S. are unlikely to be sustained, as China's growth engine sputters, Europe heads deeper into double-dip territory and demand elsewhere flattens. Such key crops in Chess's arsenal as soybeans and wheat got beaten up last week and U.S. corn prices fell to a 14-month low.

Ms. Warner doesn't like issuing forecasts. But if she had to gaze into the crystal ball, she sees returns sliding over the next five years to the lower end of the typical annual range of 8 to 12 per cent.

Like most others in the field, she and her crew aren't interested in farmland as a real estate play. "We're all kind of farmers. So we look at vertical integration and what we can grow."

For her part, Ms. Warner would rather own the land than invest in companies like Viterra that trade what the land produces and are now caught up in a wave of global consolidation. Prices of publicly traded firms in the agriculture space are subject to much more than farm or market conditions – not least of which are the vagaries of the stock market itself.

"Corn prices could hang in at $5 plus and if the [stock]market [loses]20 per cent, they [farm-related equities]will be off 20 to 30 per cent. Having a financial background makes me very leery of the percentage of the market that consists of high-frequency trading and all that kind of thing. Don't think agricultural equities aren't going to be subject to that."

Ms. Warner, who hails from Nebraska farm stock, started out in the markets as a grain trader with Cargill. In the early 1980s, she and a handful of colleagues were asked to investigate some new-fangled financial arbitraging. "One thing led to the next, and all of a sudden I was running some big derivatives book at Goldman."

But farmland kept beckoning. Unlike financial derivatives, plenty of data exists on land prices and agricultural production going back a century or more. And right now, the numbers tell her that the market is too frothy.

For those looking for a cheaper way to get into the game, she recommends planting a garden and selling the produce at the local market. "It's the original investment. I promise you'll make a higher return than you would on almost any listed index and security in the next five to 10 years." 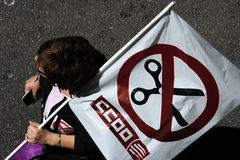 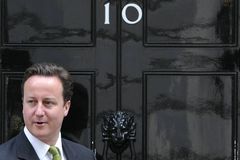 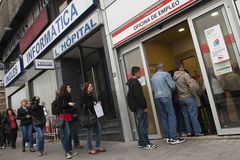 Beware the market bears emerging from their lairs
April 16, 2012 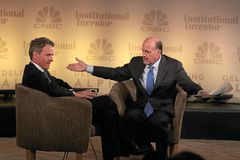