High-speed electronic market making, already widespread in stocks, is getting a grudging welcome from currency markets. They don't have much choice.

Algorithmic traders have more than tripled foreign-exchange volumes over the last three years, seizing opportunities as Wall Street banks withdraw from currency dealing, according to Aite Group, a consultant in Boston. The new group of market makers is trading almost $200-billion a day. While that may seem small in the context of the sprawling global currency market, consider this for perspective: Stock trading on all U.S. exchanges totals about $270-billion a day.

From Citadel Securities LLC, which boosted foreign-exchange volumes 83 per cent in the first half, to Global Trading Systems LLC, which has tripled activity since the U.K.'s Brexit decision, to Jump Trading LLC, which says it plans to expand its direct market making, nonbanks are racing to provide more currency liquidity.

"Market participants can keep the status quo and remain in the past or they can choose to evolve, roll with the punches and get with the times," said Sara Wardell-Smith, global head of foreign-exchange trading and sales at Wells Fargo & Co. in San Francisco. "As long as the pricing, service and capabilities are there, why wouldn't we consider these alternative liquidity outlets?"

Critics contend that high-speed firms can't be trusted to stick around when times get tough -- they cite Michael Lewis's depiction in Flash Boys of high-frequency traders using advanced computer networks to outrun other market participants.

For all their secrecy, electronic market makers are quick to refute these allegations. They say they're reviving liquidity in an industry that seized up in the wake of a price-rigging scandal that was caused by banks, not firms like theirs.

"In the past, high-speed traders were often the scapegoat for things the industry couldn't explain," said John Shay, senior vice president for global markets at Virtu Financial Inc. in New York. "Fast-forward to today: instead of pointing the finger at other market participants, smart end-users are now analyzing their executions and asking meaningful questions of their counterparties."

Electronic market makers, which make sure customers can buy and sell when they want to, argue that they're providing much-needed liquidity, or the ability to trade without affecting prices. They say they want to prove themselves as reliable counterparties who use sophisticated technology to offer tight prices in even the most turbulent market conditions, such as in the aftermath of the U.K.'s Brexit decision. And they're opening up about their operations.

"On big, volatile days, we're there, we don't back off," Jamil Nazarali, head of Citadel Execution Services, the company's market-making arm, said in an interview in its New York office. "New liquidity providers are here to stay and we're going to be a big factor in the market." The firm provides prices to more than 100 clients on 28 currency pairs, holding positions for an average of several minutes.

Customers don't have many options. Global banks are stepping back from the $5.1 trillion-a-day currency market, or refocusing on their highest-margin clients, in response to stricter regulation.

Foreign-exchange sales and trading at 12 of the largest banks shrank 28 per cent worldwide between 2010 and 2015, according to Coalition Development Ltd., a London-based research firm. Under the so-called Volcker Rule, named after former Federal Reserve Chairman Paul Volcker, banks are restricted from trading for profit with their own money, while Basel III is forcing banks to hold more capital to bolster financial stability.

With banks having been fined about $10 billion for currency price-rigging, customers are wary and the market is gun-shy about another scandal.

That leaves a vacuum for firms such as Citadel, Virtu, Jump, GTS and KCG Holdings Inc. In a sign that non-banks are becoming more mainstream players, XTX Markets Ltd. leapfrogged major banks to place fourth in a Euromoney ranking of the world's biggest spot currency traders. It handles about $40-billion in currencies a day.

On Fastmatch Inc.'s $12-billion-a-day platform, liquidity from non-bank market makers has surged to 75 per cent, while banks make up the remaining 25 per cent. That's a "huge swing" from the banks' 55-per-cent majority in January 2015, said Dmitri Galinov, the company's New York-based CEO.

Following the U.K.'s vote to leave the European Union, computerized traders got a chance to prove their mettle as activity surged across venues run by Thomson Reuters Corp., Bats Global Markets Inc. and FastMatch. Nonbanks made markets continuously after the shock decision, Mr. Galinov said.

"It was definitely the defining moment," said Ari Rubenstein, CEO of automated trading firm GTS in New York. "It was very, very important to us that we did not stop providing liquidity throughout that event."

The non-bank market makers are better known in stock markets and are hardly household names in currencies. Their low profiles may make it tricky for those hoping to expand or do business directly with more real-money investors such as pension funds or insurers.

Electronic traders have gone through a period of "damage control" and are gradually becoming less secretive and more widely known in markets, according to Javier Paz, a senior analyst at Aite Group.

That evolution continues. As high-speed firms expand their currencies businesses, they're likely to attract more attention from regulators, according to State Street Corp. In the meantime, they'll be scrutinized by counterparties who scour trading data to see if orders are filled reliably without causing big price moves.

"They're everywhere, you can't escape them, so why not try and understand the market structure and take advantage of the liquidity?" said Michael O'Brien, director of global trading at Boston-based mutual-fund company Eaton Vance Corp. "What I want to do is be as prepared as I can for any situation, so if one source of liquidity disappears, I want another." 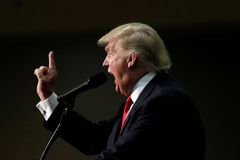 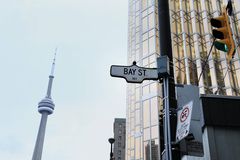 A sell-off pressure ‘larger than Brexit’ imperils one of Wall Street’s hottest trades
May 17, 2018 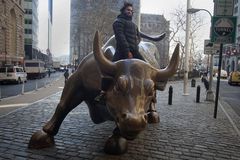