Today I will conclude the comparative analysis between Denison Mines Corp (DML-T) and Fission Uranium Corp. (FCU-T) for Todd. This will be the second time that I inspect the situation at FCU. The last was on May 9, 2014 when the shares were trading for $1.10.

Phil wanted my thoughts on the stock and the research indicated that he could expect continued selling pressure. The shares had topped out near $1.70 in late March of 2014 as the MACD and the RSI generated sell signals. The shares began a retreat that saw FCU break below support along the moving averages and $1.20. It was advised that support at $1 had to hold or we could expect a retest of support at 80 cents.

Unfortunately, by October of 2014, the shares were trading near $0.65. Another probe of the charts will inform my analysis. 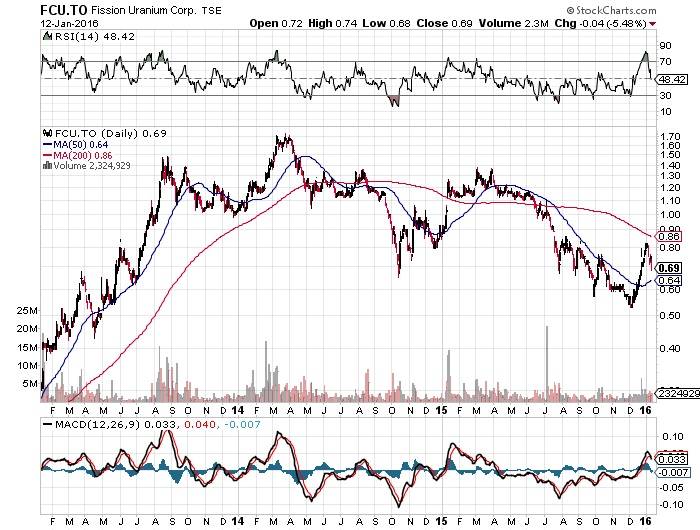 The three-year chart indicates that 2015 has not been generous to shareholders. The bounce off the October 2014 lows came to an end in March of 2015 as a double top formed indicating that investors could expect a trend reversal. The death cross that surfaced in July sent the shares careening to a 52-week low of 53 cents by early December of 2015.

FCU moved higher off the lows advancing to near 82 cents, where it met resistance. The shares were overbought at that point as indicated by the MACD and the RSI. 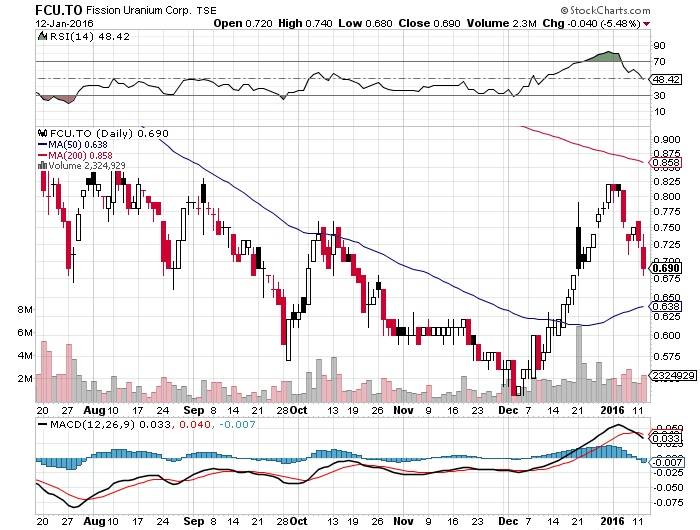 The six-month chart provides a close-up of the overbought situation that had investors booking profits as the stock moved off $0.82. There is little to suggest that we can expect a new leg up in the near term.

In your evaluation of DML versus FCU, it would be worth taking another look at your assumptions. The research that I conducted on your behalf indicates that both companies operate in the Athabasca region of Saskatchewan, not just DML.

From a technical perspective, I would call this a pick em with the caveat that you trade them for profit.

Next time I will audit the charts of Victoria Gold Corp. (VIT-X) for Markus.