If there was a maintenance schedule on your investment portfolio, it would call for an inspection at the end of every year.

Nothing radical, just a check of all the major systems to ensure they're working well. Some basics to tick off include diversification and risk levels, value for the fees being paid and your recent and long-term returns. Are they sufficient to meet your financial goals, and how do they compare with the major stock and bond market benchmarks?

The next step is to look at factors raised by the current investment environment. Portfolios should never be tailored to short-term market developments, but there are times when current conditions highlight issues that need attention. Here are five specific thoughts for 2015:

Heading into late 2014, your basic bank-sold bond fund was up between 7 and 8 per cent on a year to date basis. Not bad for an asset class that some investors had written off in late 2013 as roadkill because of the likelihood of rising interest rates. Rallying bond prices means declining yields – the two move inversely. Thus the five-year Government of Canada bond yield in late December was 1.35 per cent, compared with 1.86 per cent a year earlier. Could there possibly be a reason to devote a significant chunk of your portfolio to an asset that yields less than 1.5 per cent? Certainly. A weighting in bonds determined by your age and risk tolerance is essential as a hedge against the stock market declines we saw this fall.

The rate outlook for 2015 is cloudy because of questions about whether falling oil prices will affect economic growth in Canada. Regardless of what happens, hold those bonds. One of the most common blunders that investors make is to overestimate their emotional resilience in a stock-market plunge.

That's what you're doing if, like many people, you're holding more than about 5 per cent of your portfolio in cash. It's fine to hold large amounts of cash if you foresee needing to withdraw money from your investments in the short term. But if you figure you'll use the cash to scoop up bargains when stocks drop in price at some future date, you're dreaming.

Stocks fell sharply twice in the fall of 2014 – did you draw down on your supply of cash to do some serious buying, or did you decide to wait for a real bloodbath? The first problem with market timing is that you won't recognize the market bottom. The second is that almost no one has the guts to buy when the bottom is reached.

A recent global survey by the investment firm BlackRock shows Canadian investors hold above-average levels of cash. If you're waiting for a market correction to put your cash to work, consider an alternative approach of making four quarterly moves into stocks throughout 2015. The flaw in trying to perfectly time your stock buys: Somehow, it's never the right to buy.

3. Look at your sector diversification.The Canadian stock market earns a "D" grade on diversification. Financials and energy together account for almost 60 per cent, and important sectors such as health care, tech and consumer staples are under 5 per cent. The S&P/TSX composite index has produced solid returns over the long term, so it's not like problematic diversification is a deal breaker. But it can set you up for problems if you're not careful with the rest of your portfolio.

For example, Canadian dividend funds are laced with bank stocks. If you own one of them and a Canadian equity fund, you've maxed out on financials. Funds holding corporate bonds and preferred shares may also be heavily skewed to financials. Let's be clear – this is not a bearish call on bank stocks. It's simply a reminder that sensible diversification means a pie split into pieces that are somewhat similar in size, not a few giant slices and some slivers.

At least the banks have delivered great returns over the long term (even including their 2008-09 near meltdown). Energy stocks in mid-December were at pretty much at the same level as they were 10 years earlier. Keep a market weighting in energy for sure, to capture its occasional surges, but curb your enthusiasm to hold more than that unless you're prepared to aggressively take profits after a runup.

4. Look at your global diversification.One way to smooth out the sectoral diversification problems in the Canadian market is to add some U.S. and international (everywhere but North America) exposure. You'll average down your weighting in financials and energy while bulking up areas such as consumer staples and health care.

Whether you're adding U.S. or international content, take a look at the newish crop of exchange-traded funds tracking total markets. That means adding medium and small companies as well as the big ones that are the focus of the S&P 500. There's a total market ETF for the Canadian market as well – the Vanguard FTSE Canada All Cap Index ETF (VCN). Exposure to smaller stocks adds to volatility, but also offers the potential for higher returns than a portfolio focused only on blue chips.

Hedging means minimizing the impact of currency fluctuations on your returns from investments in securities outside Canada. It's most easily available in hedged exchange-traded funds and mutual funds. In the past year, hedging has been worse than useless. It actually deprived you of the extra returns you get when you own U.S. or international stocks and our dollar is falling. The S&P 500 index was up 22.3 per cent for the first 11 months of 2014 in Canadian dollars and 14 per cent in U.S. currency.

Now, let's think long term. The dollar's recent decline has been a result of falling oil prices. If oil were to rebound, the dollar might do likewise and thereby undermine your returns from U.S. and international markets. A way to address this risk would be to use hedging for some of your holdings outside Canada. If you're bullish on the dollar, you could go as high as a 50-50 mix of hedged and unhedged funds.

Some experts say that if you hold for 10 years or more, currency ups and downs cancel each other out and make hedging redundant. The 10-year numbers for the S&P 500 suggest there's some truth to this. The index made 7.6 per cent a year on average for the decade ended Nov. 30, 2014, in Canadian dollars, and 8.1 per cent in U.S. dollars.

Globe app users click here for a chart showing how skewed the Canadian market is toward financial and energy stocks and how to smooth out this lack of diversification. 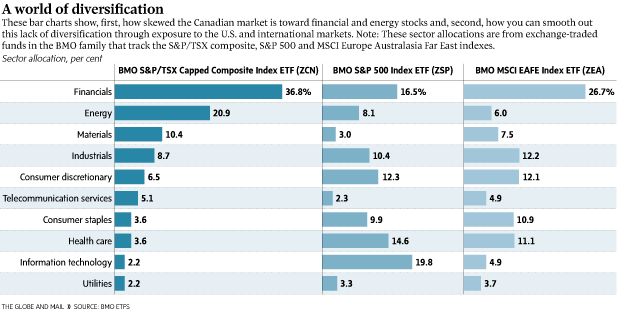 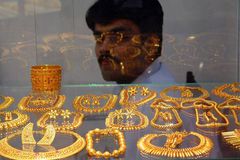 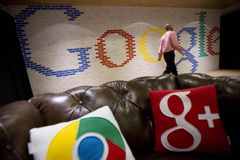 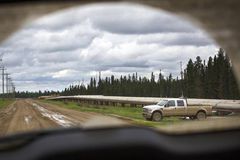 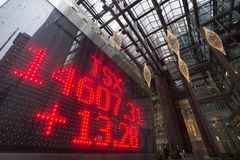