The tumultuous return of volatility in the last few weeks, accentuated by a sudden, steep drop in stock prices, comes at an interesting time for me. I have been rereading The Black Swan: The Impact of the Highly Improbable by Nassim Nicholas Taleb. As you probably have determined, the title gives a strong hint about our topic. And it has direct applicability to recent events in the market. I think we can learn a great from his perspective as it pertains to market behaviour.

The book's sleeve notes state, "A Black Swan is a highly improbable event with three principal characteristics: it is unpredictable; it carries a massive impact; and, after the fact, we concoct an explanation that makes it appear less random, and more predictable, than it was." This describes, at least in the case of the first two features, the current stock market events.

Taleb describes this impact in the following brief story: "Consider a turkey that is fed every day. Ever single feeding will firm up the bird's belief that it is the general rule of life to be fed every day by friendly members of the human race 'looking out for its best interests,' as a politician would say. On the afternoon of the Wednesday before Thanksgiving, something unexpected will happen to the turkey. It will incur a revision of belief."

He continues: "Its confidence increased as the number of friendly feedings grew, and it felt increasingly safe even though the slaughter was more and more imminent. Consider that [the turkey's] feeling of safety reached its maximum when the risk was at the highest! But the problem is even more general than that; it strikes at the nature of empirical knowledge itself. Something has worked in the past, until – well, it unexpectedly no longer does, and what we have learned from the past turns out to be at best irrelevant or false, at worst viciously misleading."

For most stock market investors, the last few weeks of stock-market volatility is something akin to feeling like a turkey just before a Sunday feast or Thanksgiving. Out of nowhere at the beginning of February, the smug, calm owners of stocks and fully invested index funds got a big surprise with the markets violently collapsing over a very short time. That event, its direction, timing and power was completely unexpected. But for many investors, they ignored the butcher approaching with an axe. Still the same friendly guy, right?

For the newly minted stock market participants who invested for the first time in equities over the last few years, a powerful lesson may have been learned. It is simply that stock prices don't only go up – they go down as well. I can't substantiate this but I believe that many investors have experienced a "revision of belief" in the last few eventful weeks. Many have no doubt headed for the exit, selling stocks, which helps accelerate the stock-price decline.

For those of us who are now ancient participants in the investment business and stock market (my investment history extends back to late 1979!), this is a natural and expected phenomenon. In fact, what has been surprising to us investment fossils is that it has taken so long for markets to decline. After all, markets have done virtually nothing but levitate since 2009, almost a decade.

So how will stock prices perform next? Well, if you're asking an old timer such as myself who has been investing professionally since 1987, my answer is a resounding "I have no idea!" And further, what I have learned is that no one else knows either. Short term equity price movements are, in our opinion, not important. They are random and unknowable. So, I don't spend a lot of time worrying about what markets do in a limited time frame. However, if you're a long-term investor, what is of greatest importance is the valuation and growth of the businesses you own, which over time will be reflected in the prices of their equities.

On the bright side, over the next several decades, we believe the American economy and value of her businesses, both private and public, will be worth multiples of what they are today. History has shown this to be occur repeatedly including periods following the dark days of the Civil War, the Great Depression and the Second World War, to name a few, when conditions appeared at their darkest.

We warn you, however, that extreme stock-price volatility has been and will likely be the course of events that investors will just have to get used to.

We leave you with a quote that sums up our opinions:

"We ordinarily make no attempt to buy equities for anticipated favorable stock price behavior in the short term. In fact, if their business experience continues to satisfy us, we welcome lower market prices of stocks we own as an opportunity to acquire even more of a good thing at a better price." – Warren Buffett, 1977 Berkshire Hathaway Letter to Shareholders

Larry Sarbit is the chief executive and chief investment officer at Winnipeg-based Sarbit Advisory Services. Mr. Sarbit is a subadviser on three funds for IA Clarington. 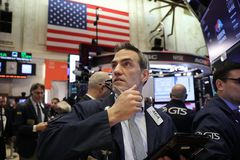 Stock rout could be just the start of troubles for momentum chasers
March 22, 2018 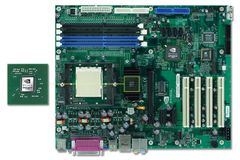