From the average retail investor to Warren Buffett himself, a growing faction of cash hoarders is sitting on great piles of the most liquid of investments.

Cash is not typically thought of as a legitimate asset class with real value. More often, it's seen as dead money earning microscopic returns, waiting to be deployed.

But cash has a rightful place in an investment portfolio, providing the financial flexibility to pounce on opportunities afforded by market volatility, said John O'Connell, CEO of Davis Rea.

"We maintain big cash balances because it allows us to think like investors. We look upon weakness in the market and weakness in a company as an opportunity, not a threat," he said. "And it hasn't hurt our returns."

A recent State Street survey showed that investors have dramatically increased their cash balances over the past two years. Globally, retail investors are holding 40 per cent of their assets in cash, up from 31 per cent in 2012, according to the survey. The average Canadian cash allocation sits at 34 per cent.

The research showed the increased tendency to sit on cash held just as much for millennials as it did for baby boomers, demonstrating that cash accumulation can't solely be explained by liquidity requirements. Those closer to retirement generally need more liquid assets.

"It's not just individual investors but also institutional investors that have had their lives permanently scarred by the financial crisis," Mr. O'Connell said. A number of recent surveys have shown that high-net-worth investors are also heavily supplied with cash.

"I think the argument that cash is earning nothing is a terrible argument," said Michael O'Rourke, chief market strategist at brokerage firm JonesTrading.

The true value of cash lies in what's called "optionality." Cash gives investors the option of capitalizing on future weakness, while offering some insulation against that weakness in the meantime.

This perspective has a powerful adherent in Mr. Buffett, a well-known cash hoarder. Under his watch, Berkshire Hathaway's cash reserves have grown to almost $50-billion (U.S.), roughly the amount the company maintained prior to the financial crisis.

"The big money he's made throughout his career has usually been in a liquidation scenario," Mr. O'Rourke said. "It's usually buying something at a distressed price. And since he always has cash on hand, he was always the guy who got the phone call for that big trade."

According to Alice Schroeder, one of Mr. Buffett's biographers, the famous investor appreciates the optionality of cash.

"He thinks of cash as a call option with no expiration date, an option on every asset class, with no strike price," Ms. Schroeder said in a speech in Toronto in 2012.

But cash shouldn't be used to avoid the market altogether. Optionality value decreases as the stock market grows, so it's not a great idea to liquidate one's portfolio and wait for the next market crash.

And, of course, not everyone can be Warren Buffett. When fear reigns, the average investor may not have the fortitude to recognize an opportunity to scoop distressed assets.

"It's very hard to look at a brutal environment like that and buy," Mr. O'Rourke said.

As the financial crisis showed, great volatility can open up rare buying opportunities. And when the next big shift occurs, investors flush with cash will at least have the option to deploy it strategically, Mr. O'Rourke said. "Whether or not they execute, I don't know."

The investment moves of a retiring business owner
May 12, 2018 Buy good assets and management, the rest will take care of itself
May 12, 2018 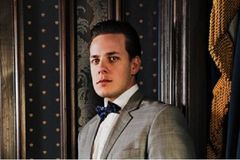 Four things wealthy investors do to boost returns
May 12, 2018

How too much information can sink your portfolio
May 12, 2018 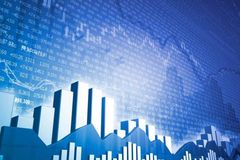