Most people think getting rich is hard. And that's true: it take smarts, discipline, and hard work to create wealth. But most wealthy folks will tell you a secret: staying rich is often much more difficult.

Consider a recent study from JPMorgan Private Bank. The study surveyed the annual Forbes 400 list of the richest Americans and found that fewer than 15 per cent of these multi-millionaires stayed on the list over a 21-year period. Most saw their wealth stagnate or decline, in some cases significantly.

No doubt some people will take a delight in seeing the so-called 1 per cent (more like the 0.001 per cent) getting their "just desserts." I don't see it that way. Rather, I view this as a learning experience. Every financial mistake made by someone else is a mistake I can learn from.

With that in mind, I'd like to share some of the mistakes I've seen the wealthy make last year, along with some insights on the poor judgment that led to these mistakes. Learning from these can help you avoid pitfalls as you work to secure your own wealth.

(The following are taken in part from the JPMorgan study, partly from my own experience, and partly from the stories I heard from peers, colleagues, and Tiger 21 members both here and in the U.S. throughout the year.)

"All in" investing Overconcentration is the number one mistake wealthy investors make. It's a very common problem with business owners, who are used to tying up the bulk of their net worth in a single holding for years (or decades). This kind of "all in" investing is the way many High Net Worth ("HNW") individuals create wealth—and lose it too, particularly in volatile markets.

I've noticed that many HNW investors have wealth creation hard-wired into their brains—shifting to wealth preservation is somewhat against their nature. After making their wealth, many HNW individuals continue taking big financial risks, even though they don't have any financial need for more money. It's not necessarily greed. Rather, it's part of a relentless drive to keep "succeeding," despite having already achieved success.

I saw too much of this in 2011: wealthy investors confident in their convictions either for or against a particular investment theme, and backing that up with large investments in a single stock, a single sector, or in one instance I distinctly remember, a single currency. Don't make the same mistake. You've heard this before, but it bears repeating: diversify to preserve wealth.

Too much leverage Most HNW individuals understand that debt is like fire: a useful tool that can hurt you badly if you don't use it properly. Sure, I've seen some wealthy families borrow to spend on lifestyle luxuries. But this is the exception to the rule.

Borrowing to invest, however, is often a different story. The wealthy sometimes take on sizeable debt when they find an attractive investment opportunity. Sometimes that debt leads to financial disaster.

I heard a number of stories from U.S.-based Tiger 21 members last year about "forced deleveraging." The problem wasn't necessarily the individual's financial position. Rather, it was the bank's. The bank needed to build capital levels, so it made a margin call, or called in a loan, or refused to refinance an investment. In some cases, this led to a forced sale at precisely the wrong time.

We've been advising clients to exercise caution with leverage over the past few years. Interest rates will rise eventually, and banks continue to shore up their balance sheets. Both present risks for highly-leveraged investors.

Throwing good money after bad Many of the HNW individuals I've met are contrarians at heart. They're looking for opportunities that others miss, and they're ready to step in where others see fear. But even contrarians get it wrong sometimes.

Over the past year, I've seen a handful of HNW individuals throw good money after bad, putting more money into an investment when the logical thing to do would be to sell and move on. Part of this I attribute to ego—an unwillingness to admit they're wrong. Part of it is a desire to get a "deal" that others are too fearful to see. In either case, emotions take over, and more money is lost.

A colleague told me about an Ontario-based HNW investor who made a big bet on a well-known Canadian high-tech stock. Despite expert analysis that suggested the stock had been beaten down for good reason, the investor was convinced it was dramatically oversold, so he "doubled down" on his investment. So far, he's down over 30 per cent, and if anything, prospects for the company have become even more uncertain. Will the stock come back? Maybe. But even if it does, the opportunity cost has been enormous.

Not investing in home, family, and life Every year, there will be numerous HNW individuals I know who have family difficulties. That's a diplomatic term for a whole host of private issues that can have an impact on one's finances: a divorce; an inheritance lawsuit; a succession planning issue; a health problem; etc. Dealing with these issues is difficult and stressful. It is also financially messy.

This may sound hokey or old-fashioned, but I've seen it too many times just to ignore it: not investing in your personal life—your marriage, your children, your personal happiness—is often the biggest financial mistake you can make, no matter what your net worth.

Thane Stenner is founder of Stenner Investment Partners within Richardson GMP Ltd., as well as Director, Wealth Management. Thane is also Managing Director for TIGER 21 Canada . He is the bestselling author of ´True Wealth: an expert guide for high-net-worth individuals (and their advisors)'. (www.stennerinvestmentpartners.com) (Thane.Stenner@RichardsonGMP.com). The opinions expressed in this article are the opinions of the author and readers should not assume they reflect the opinions or recommendations of Richardson GMP Ltd. or its affiliates. Richardson GMP Limited, Member Canadian Investor Protection Fund. 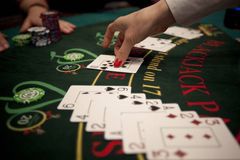 How the rich are investing in real estate right now
December 12, 2011 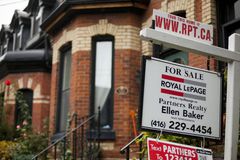 Does your philanthropy stem from "edifice complex"?
May 3, 2012 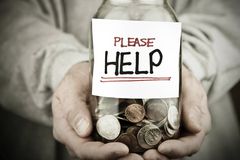