Every year Boston-based Dalbar Inc. conducts a survey on the "Quantitative Analysis of Investor Behavior." The survey measures the performance implications of investor decisions to buy, sell, and switch mutual funds over short and long-term timeframes.

Over the past twenty years, the survey's findings have been consistent: the average investor earns much less than the stated performance figures of the fund(s) he or she invests in.

To some extent, this is understandable. Performance figures assume an investor makes a single investment at the beginning of a given time period, and doesn't touch their money ever again. In the real world, it rarely works out that way. Investors sometimes need to sell in order to pay a child's tuition, for example, or to pay retirement expenses. And of course many investors add to their positions, investing monthly as part of a dollar-cost-averaging regime, or investing larger lump sums (employment bonuses; insurance payments; inheritances; etc.) from time to time.

However, the Dalbar survey clearly identifies the most significant cause of the "performance gap": bad investor behaviour. Specifically, buying into a fund after it's had a few hot years, then selling it after things turn south, at a low point.

For the 30 years ending Dec. 31, 2013, Dalbar's survey found that U.S. equity fund investors earned an average 3.69 per cent return, compared to a return of 11.11 per cent for the S&P 500 index. That's fully 7.42 per cent of performance investors are missing out on, mostly because of their own behaviour, and to a lesser extent, management fees.

Is there a way to close the gap? I think so. My admittedly simple suggestion is to follow the lead of high-net-worth (HNW) investors. Based on my own observations, as well as many conversations I've had with colleagues and peers who work with the wealthy, the performance gap isn't nearly as large among the HNW population as the Dalbar survey suggests.

They focus on data/patterns
Every investor, no matter what their net worth, feels excitement, anxiety, greed, and fear from time to time. But HNW individuals are generally pretty good at putting those emotions aside when they invest. They focus on the data and patterns. They put their trust in the numbers. They place great weight on what is measurable and quantifiable.

When they feel emotions, they don't ignore them (that's impossible). But they do try hard to keep those emotions from unduly influencing their investment decisions. Yes, they listen to their "gut instinct," but it plays a secondary role to reasoned, logical analysis. As a result, they tend to stick with investments longer, rather than bailing out at the first sign of trouble. They also tend to buy at cheaper points.

They don't rush into investments
Generally speaking, HNW individuals steer clear of "do it now!" investing. Most of them make it a rule not to rush headlong into any investment decision, no matter how compelling it may seem.

That's not to say they don't act with conviction and purpose. In fact, once they make a decision, most HNW investors execute without dawdling or equivocation. But when it comes to due diligence, they don't cut corners.

Every investor should follow this approach. Spend the time. Do the homework. Sure, you may miss out on an opportunity or two that "leaves the station" before you can complete your analysis. So be it. Over the long term, this discipline will help you avoid situations where the opportunity isn't nearly as attractive as it first seemed to be.

If you're a long-term investor, there is simply no reason to jump into and out of well-managed, well-diversified pooled products like mutual funds and/or ETFs. HNW individuals understand such investments require conviction and patience. You should too.

They seek out contrary opinions
Be wary of rigid thinking. We all have biases that inform our investment decisions–that's why it's important to seek out those who don't agree with you. Always remember: you could be wrong, and "they" could be right.

This is something HNW investors do constantly. Many of them are strong-minded and willful, but they frequently ask other people for their opinions. They make sure to read widely on a given subject or investment idea, to gain a perspective they may not have thought of. "What do you think?" is something I hear from a lot of them. They are naturally intellectually curious.

Why? Most of them believe a range of opinions makes them better informed. Do they always act on those opinions? No. But they always listen. And that fundamental respect for different points of view gives them a significant performance advantage over the long term.

Thane Stenner is founder of Stenner Investment Partners within Richardson GMP Ltd., as well as Portfolio Manager and Director, Wealth Management. Thane is also Managing Director for TIGER 21 Canada. He is the bestselling author of ´True Wealth: an expert guide for high-net-worth individuals (and their advisors)'. (www.stennerinvestmentpartners.com) The opinions expressed in this article are the opinions of the author and readers should not assume they reflect the opinions or recommendations of Richardson GMP Ltd. or its affiliates. Richardson GMP Limited, Member Canadian Investor Protection Fund.

Three things the wealthy are doing with their money right now
May 5, 2014 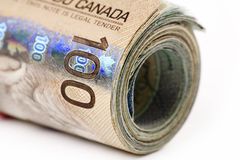 Think like a high-net-worth investor: consider a contrarian approach
April 28, 2014 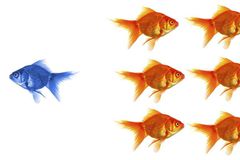 How to pass the financial torch to the next generation
April 7, 2014 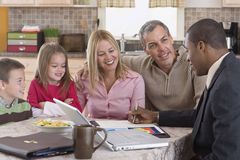 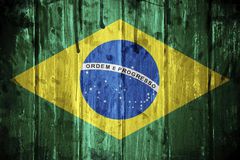 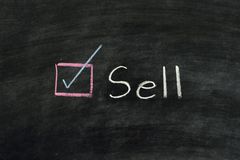