It is not a good time to be Zynga Inc., as you may have heard. The maker of social-media games has erased 80 per cent of its value with a disastrous earnings report that stoked deep pessimism about its future.

The malaise extends, to some degree, to the traditional major video-game companies as well. Activision Blizzard Inc., Electronic Arts Inc. and Take-Two Interactive Software Inc. are all closer to their 52-week lows than their highs.

The result, however, is that they are trading at unusually low multiples – enough so that you need not be a risk-loving adrenalin junkie to take a flier on the shares.

Just a reminder: Video-game revenues passed, or are passing, movie and music-industry revenues in most of the developed world. The big game titles are like Hollywood blockbusters, costing tens of millions of dollars to develop, but with the potential to gross hundreds of millions.

Activision produces Call of Duty and World of Warcraft. Electronic Arts has action-adventure titles Battlefield and Medal of Honor, the Sims titles, plus a gigantic sports division with popular soccer, football and hockey games. Take-Two is best known as the proprietor of the Grand Theft Auto series.

Yet gaps in the release dates for many of these big franchises has caused game-industry sales to fall, on a year-over-year basis, in each of the last eight months, according to research firm NDP Group.

The bottom line(s): Activision's profits declined in the most recent quarter, Electronic Arts' loss got bigger, and TakeTwo's loss was bigger than analyst expected.

Activision's enterprise value (market capitalization plus net debt) is about six times its forward EBITDA (earnings before interest taxes depreciation and amortization), or roughly half its multiple from before the financial crisis. Electronic Arts's ratio is around five, versus the 14 it averaged in calendar year 2008. Take-Two is under 3; it averaged 12.6 in 2011. (All figures courtesy of Standard & Poor's Capital IQ.)

Activision, which handily beat estimates in its recent quarter, has 12 million registered users playing its Call of Duty game digitally by downloading the game and updates rather than buying a disc in a box. That total includes 2.3 million premium members paying $50 per year, says analyst Edward Woo of Ascendiant Capital Markets LLC. Mr. Woo, who has a "buy" rating and $16 (U.S.) target price, about 35 per cent above current levels, believes investors have been too focused on a decline in online users of World of Warcraft – a decline he believes will reverse on the release of its new Mist of Pandaria version later this year.

Yet analyst Michael Pachter of Wedbush Securities believes Electronic Arts will be able to add $500-million (U.S.) in new digital revenues in each of the next two fiscal years to its current base of about $1.2-billion. He has an "outperform" rating and $29 target price on the stock, which is more than double its current levels but not much above its 52-week high.

Take-Two's recent woes were due to two major titles – Max Payne 3 and Spec Ops: The Line underperforming. Initially, Grand Theft Auto V was expected to bail out the company's year through its release in Take-Two's final fiscal quarter of ending in March, 2013. In the absence of a release-date announcement, however, investors fear the game will debut in fiscal 2014.

"Limited transparency on near-term product catalysts has dampened share enthusiasm," says analyst Mike Hickey of National Alliance Capital Group, who has a "buy" rating and $14.38 price target, about 40 per cent above recent levels. "Ultimately, we believe GTA V will be the largest entertainment release of all time," he says, and release-date clarity should make the shares "respond with a favourable magnitude."

Buying Take-Two – or Activision or EA – may not be grand theft. But there seems to be a fair chance they could provide fun and games. 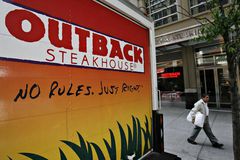 Dillard’s: A department store on sale for investors
August 15, 2012 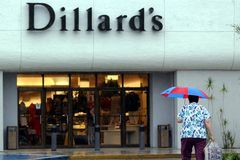 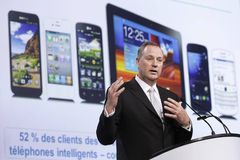