Encana Corp. and Penn West Petroleum Ltd. both made similar back-to-basics announcements this week. To bolster cash flow, they said, they will focus on their best properties and sell off non-essential assets, even if it makes the companies smaller in the near term. Bay Street analysts were quick to label the strategy "shrink to grow."

The problem is that the shrink part is guaranteed, while the grow part is not. Investors, who have already experienced shrinkage in the companies' share prices, may travel a rocky path waiting for growth to happen.

Encana, one of the gassiest companies in the energy sector with roughly 90 per cent of its production in natural gas, has suffered in recent years from chronically depressed prices for its main product. The company said Tuesday it would focus on five properties that give it the best opportunity to instead exploit oil and liquid natural gas.

Everything else is potentially up for sale, and the company is priming a collection of land and royalty interests in Alberta for an initial public offering as a separate company. Encana also slashed its dividend by 65 per cent (more than most expected) and is cutting 20 per cent of its work force.

The company's goal? To grow cash flow by 10 per cent a year, thanks to the shift away from natural gas and toward higher-margin liquids.

Like Encana, oil producer Penn West is also trimming costs and selling assets in search of higher profits. It had repeatedly cut its dividend and was in the process of eliminating workers when it announced Wednesday that it would focus on three core areas while selling up to $2-billion in assets to lighten its debt load.

The downside? Production volumes, the company said, would fall in the near term, and in the coming years as well.

Investors reacted differently to the two announcements: Encana shares gained more than 5 per cent, largely on enthusiasm about the impending IPO. Penn West lost 23 per cent of its value in two days, falling to under $9 a share, thanks to the production outlook and the perception that the company is still in a very long turnaround phase.

"Penn West was a bit of a blindside," says analyst Sam La Bell of Veritas Investment Research. "We had expected them to be able to sell [assets] with minimal impact on cash flows or volumes."

Mr. La Bell, who has a "buy" rating and an "intrinsic value estimate" of $11.50, said he would have downgraded the stock to "sell" had it not fallen so much this week. He says owning the company's shares require "an above-average appetite for risk."

Mr. Wood believes the company "may begin to deliver future value." However, he says, "this is likely outside of our 12-month target price horizon," and there are hazards in investing too early in a turnaround story. He has a "hold" rating, but cut his target price from $12 to $9.50.

The sentiment around Encana is more positive, although it, too, has a significant debt burden and has engaged in the common practice in Canada's energy sector of paying out more in dividends than can be covered by its operations. Moody's Investors Service, which follows the company's debt, says that "living within cash flow would be a significant positive step forward for Encana."

A number of analysts believe this is exactly the step the company is now taking. Analyst Randy Ollenberger of BMO Nesbitt Burns says that with Tuesday's announcement, "Encana has made it clear that it intends to focus on growing shareholder value rather than production as well as maintain a sustainable balance between cash flow and capital spending."

Mr. Ollenberger sees investors warming to Encana's turnaround and eliminating the discount they currently give the company's shares. He says his target price of $25 (U.S.), more than a third above current levels, implies an earnings multiple that is in line with its North American peers.

In his view, Encana's closest comparable company is the controversial U.S. firm Chesapeake Energy, which has enjoyed a rebound in its share price as investors have embraced its turnaround strategy.

"We believe that Encana shares could see a similar re-rating that brings the company's valuation multiple in line with Chesapeake's or perhaps higher given Encana's much stronger balance sheet position."

Menno Hulshof of TD Securities has a 12-month target price of $23 on Encana, but believes "there's considerable unrecognized value" within the company's portfolio – $32.40 per share, based on what he figures its parts are worth, based on comparable properties at other public companies, deal-price data and other input. Encana is an "action list buy" for him, meaning it's one of his top picks in the sector.

There are dissidents, however. Mr. La Bell, of Veritas, has a "sell" rating and an intrinsic value estimate of $19, barely above current levels. He says that while Penn West "laid out all the grisly details" that investors were worried about, the Encana announcement left questions hanging about just how many assets would be sold, and the prognosis for future debt-to-cash flow levels. "Most of the negatives to do with restructuring were left out, which is our criticism."

Todd Kepler of Cormark Securities, who has a "market perform" rating and $18 target price, believes Encana shares should gain if the company succeeds, but that the company will have execution challenges in the short term.

"There are many potential obstacles to overcome over the next 12 to 24 months. … Until then, we believe this stock will be in a holding pattern, and investors can seek better growth opportunities elsewhere."

Indeed, the concerns about the missing specifics of Encana's shrinkage plans, coupled with the risks of implementing them, means both companies might spend the near term doing anything but growing their shareholders' wealth. 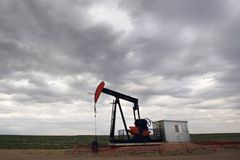 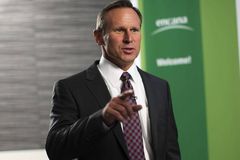 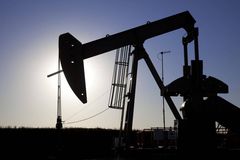