Investors have started to reward Internet companies that can show both financial discipline and a path to long-term growth, making Amazon.com Inc. and Google Inc. the clear winners of the technology earnings season.

Google kept costs in check in the second quarter, and shareholders cheered with a 16-per-cent stock gain after the search giant released better-than-expected results. Amazon also surged after posting a surprise profit, demonstrating that the Web retailer is capable of making money when it puts a brake on spending.

"Internet investors are focused more on growth in users and revenue," said Paul Sweeney, an analyst at Bloomberg Intelligence. "Amazon is the best example of this investor mindset. However, whenever a company throttles back its expenses and drives profits, as Amazon and Google did this quarter, investors are pleased and drive the stock higher."

By contrast, Facebook Inc., which vowed to keep its brisk pace of investments to lure users and advertisers, fell after chief executive officer Mark Zuckerberg cooled down expectations about when apps such as WhatsApp, Instagram and Messenger could start making money on their own. LinkedIn Corp. and Twitter Inc. slumped over concerns that user growth is slowing. Microsoft Corp. posted its largest-ever quarterly loss. And Apple Inc. failed to meet analysts' predictions for iPhone sales and growth for the current quarter.

Technology companies in the Standard & Poor's 500 Index beat analysts' earnings estimates at a 71-per-cent pace so far in the season, data compiled by Bloomberg show. The rate is lower than for the S&P 500 index – at 74 per cent – with notable misses including Yahoo Inc. and Oracle Corp.

"The second quarter was very much a mixed bag," Mr. Sweeney said.

Here's a look at the companies:

"The priority is revenue growth," Ms. Porat said on a conference call after the report, her first at Google. "We have a breadth of opportunity, but pursuing revenue growth is obviously not inconsistent with expense management."

For Amazon, a day of sales on July 15 to mark the company's 20th anniversary, called Prime Day, exceeded expectations. The promotion, designed to drive Prime membership sign-ups, generated orders surpassing Black Friday. Revenue for the company's cloud-services business rose 81 per cent year over year, and 49 per cent from the previous quarter.

On the cost side, operating expenses grew slower than sales, rising 17 per cent to $22.7-billion (U.S.), Seattle-based Amazon said. Spending on marketing and fulfilment centres were unchanged as a percentage of sales compared with a year earlier, according to Brian Olsavsky, Amazon's CFO.

Facebook reported second-quarter revenue that beat analysts' estimates, but investors were disappointed by the growth of the company's applications that could be making billions on their own. The focus for the three apps – WhatsApp, Instagram and Messenger – was still on expanding their communities, Mr. Zuckerberg said. Messenger has 700 million users, more than double the size of Twitter; WhatsApp has 800 million; and Instagram has more than 300 million. Instagram started to sell advertising, but it's not going to have an impact on Facebook's bottom line for a long time, chief operating officer Sheryl Sandberg said.

While revenue from Microsoft's cloud-computing business rose, sales of Windows to PC makers and corporate customers sagged. The writedown was an acknowledgment that the Nokia deal had lost almost all its value after failing to rescue the company's smartphone business.

Microsoft shares fell 3.7 per cent the day after the company reported, the biggest single-day decline since late January.

LinkedIn increased its annual revenue forecast, topping analysts' estimates, but said most of the gain will come from the acquisition of the education website Lynda.com. Shares of the professional-networking website slumped on concerns that the company's core growth areas were slowing.

Could the Apple Car be the next big thing? Subscriber content
July 28, 2015 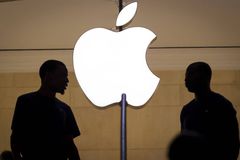