Guardian Capital Group is an alluring value stock, with a problem: There's no catalyst to unlock its hidden worth.

To see the potential in the Toronto-based firm, consider a back-of-the-envelope calculation performed by Phil Hardie of Scotia Capital in a recent report.

He starts by observing that non-voting class A shares in Guardian, which manages money for institutions such as pension funds, trade for about $9 each. Sum up the value of each individual part of the company, however, and Mr. Hardie arrives at a pre-tax worth of more than double that, or $18.26 a share.

In the investment community, sum-of-the-parts calculations are often regarded as sources of mirth because they're usually fraught with fudge factors, caveats and assumptions, but breaking down Guardian's potential sources of value is pretty straightforward.

The company's easiest-to-value asset is a 5-million-share hoard of Bank of Montreal stock, worth about $280-million at the end of the first quarter. Guardian received the stock more than a decade ago when it sold its mutual fund business to the bank. The BMO stock holding alone works out to $8.20 a share, or nearly the same as the current stock price. Also easy to visualize are the company's holdings of cash and other marketable securities, worth $104-million or $3.06 a share.

The money management arm of the company makes for a relatively easy assessment, too. Wealth managers catering to institutions are typically valued at about 1 per cent to 3 per cent of the assets they oversee. Mr. Hardie took some of the lower assessments in that range and calculated the worth of Guardian's operation at $274-million, or $8.10 a share, once again not too much different than the current share price Adding up the sum of the assets and subtracting the debt, you come up with a very inexpensive stock. Conceptually, investors are either getting the BMO shares or the money management business almost for free.

There's a catch, though. As with many value plays, Guardian's problem is that there is nothing on the horizon to unlock the value embedded in the company.

"It's kind of this deep value stock with absolutely no catalyst," says Martin Braun, president of Adaly Investment Management Corp., a money management firm that has taken a position in the company.

Still, the arithmetic of assets available for half price makes it attractive, in his opinion. "When it's trading at $9 and you get pretax [value at] $18, it's tempting," Mr. Braun says.

There are a number of alternatives that could potentially wring value out of Guardian, but so far the company hasn't pursued them.

One shareholder-friendly approach would be to sell a portion of the BMO stock and turn the money over to Guardian shareholders. After all, there isn't much of a business case for a medium-sized money manager to be sitting on a quarter-billion dollars of stock in a big bank.

Another idea would be to raise the 1.9 per cent dividend yield to 4 per cent or more, a move sure to attract the yield hogs out there.

Guardian could also sell nearly all of its substantial security holdings, turn the money over to shareholders, and begin life anew as a pure play money manager. It could also try to expand through takeovers. The case for becoming a bigger money manager makes sense because investment firms have overhead costs that are largely fixed, so any rise in assets under management leads to increased fee revenue that flows straight to the bottom line.

The company isn't oblivious to the value discrepancy. "There is no doubt that our stock is trading at a significant discount to what we really believe the real value is," said CEO George Mavroudis in an interview.

He said Guardian has been taking value-enhancing steps, such as buying back stock. Purchases over the past decade have retired about 20 per cent of its shares.

Guardian is controlled by three investors with lengthy associations with the company, including Toronto businessman Joseph Rotman and the Christodoulou family. The surest way to unlock value would be to put the company on the block, but Mr. Mavroudis says the owners are not interested in selling out.

His advice for investors: Be patient. The company is starting to win more money management business and if the trend continues, profits and better market recognition will move the stock.

The real cure for what ails the stock market
June 8, 2012 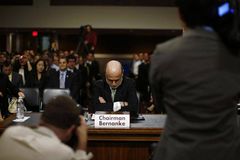 Equities: The most despised asset is poised to surprise
June 8, 2012 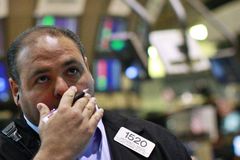