For years, Sandvine Corp. was just another tech-world Next Big Thing that failed to live up to its hype. Now, the company finally looks poised to establish a dominant position in a promising sector.

The Waterloo, Ont.-based company specializes in "deep-packet inspection," which allows cable and phone service providers to manage traffic over their networks.

Sandvine's stock has appealed to investors looking for exposure to the increasing demand for broadband – a pretty good bet as the use of data-rich applications such as video streaming has exploded.

"Networks are becoming more intelligent," said Patrick Horan, a principal at Agilith Capital. "They're trying to get to that point and Sandvine is integral to that cycle."

And yet, for most of Sandvine's history, the stock has been anything but a pretty good bet.

Back in 2007, the company was a darling of the Waterloo tech sector, sitting atop Deloitte's list of the country's fastest-growing tech companies with 42,000 per cent sales growth over five years.

That year, the stock peaked at $7.10 and a market capitalization just shy of $1-billion. By early 2008, it all came crashing down.

The company slashed its revenue outlook as the credit crisis froze the capital spending plans of telcos around the world. By the end of the year, Sandvine's share price sunk to a low of 61 cents.

The company resumed its growth through the post-recession recovery, as data usage climbed and service providers again began to spend to try to deal with network congestion.

Sandvine poured money into R&D, quickly trying to grab market share at the expense of existing client management, according to Mr. Horan. "They were very focused on new customer adoption. They left behind existing customers, who weren't able to really utilize what they sold them. As a result, there weren't second and third orders."

From early 2011 to the end of the year, the stock again plummeted, losing about 70 per cent of its value.

"That's always a concern for this company – consistency. That's the thing that haunts them," Mr. Horan said. "But I get the sense now that it's really their game to lose."

Investors, analysts and money managers have slowly come back around to Sandvine over the past couple of years. The stock has more than tripled since the end of 2011 to hit a six-year high of about $3.60.

Ten out of 12 analysts covering the stock rate it a "buy," at an average share price target of $4.51.

"Sandvine is now hitting its stride and should be bought," CIBC analyst Todd Coupland said in a recent note.

The market opportunity in deep-packet inspection is undeniable as service providers continue to search for ways to improve services and manage the demands on their networks.

Infonetics, a telecom market research firm, estimated that the deep-packet inspection market grew by 30 per cent last year, a rate of growth that should continue until 2017.

"The industry is going through a new stage," said Peter Misek, an analyst at Jefferies Group. "The industry opportunity is huge and this entire group is trading at a discount."

None more so than Sandvine, which, according to Bloomberg, trades at about 13 times estimated 2015 earnings, versus an average of about of 21 times for its peer group, which includes Allot Communications Ltd. and Procera Networks Inc.

"In spite of these positive sector tailwinds, Sandvine has only begun to demonstrate sustained revenue and earnings growth over the past four quarters," Mr. Coupland said. "Our view is that Sandvine's valuation gap should narrow versus its peers over time."

Sandvine has settled on a more balanced approach to its growth, emphasizing improving margins and controlling capital costs, rather than prioritizing revenue growth, Mr. Horan said.

He sees the company as an eventual takeover target. But these are still early days for Sandvine, he explained. "The endgame here is that these guys get taken out, and they probably will." 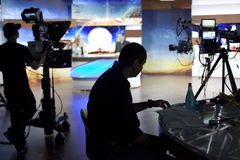 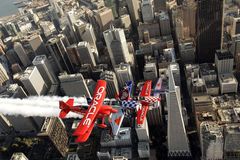