Mr. Keohane, a veteran Bay Street derivatives specialist who had joined the Healthcare of Ontario Pension Plan in 1999 to run its derivatives group, learned the pension fund's actuaries had determined the odds of a market catastrophe gutting its investment portfolio were 20 per cent, while HOOPP had a 50 per cent chance of remaining fully funded for five years.

The numbers were considered normal – even positive – for a pension fund. But Mr. Keohane, who became HOOPP's CEO earlier this year, assessed the odds with a trader's eye and didn't like what he saw.

It meant a significant market downturn or a prolonged period of weakness could leave HOOPP dangerously underfunded, potentially affecting pensions for hundreds of thousands of Ontario health workers.

"I would never do a derivative trade on that basis, so why would we run the fund that way?" he said. "I starting thinking there's got to be a better way to do it than this."

What came next was Mr. Keohane's journey to embrace a new investment philosophy aimed at making the $40-billion pension fund less vulnerable to market risks – a restructuring that has won HOOPP international plaudits and left the pension plan fully funded in an era when most others are struggling with large deficits.

HOOPP earned a 12.2-per-cent return on its assets in 2011, and reported a 103-per-cent surplus as of Dec. 31. That means HOOPP had assets equal to 103 per cent of its estimated long-term liability for providing pensions to its members.

A typical Canadian pension plan was just 77-per-cent funded as of Dec. 31, after years of hits from volatile stock markets and declining bond yields.

HOOPP's remodelling was launched under former CEO John Crocker, who retired at the end of last year, and was designed by Mr. Keohane, a 57-year-old Ottawa native who has pensions in his DNA – his father was a federal civil servant and his mother was a school teacher, both of whom retired with comfortable pension plans.

The core goal of LDI is to more closely match a pension plan's assets with its liabilities, to try to ensure a plan will remain well funded even in periods of market volatility. To accomplish that, funds invest heavily in bonds with long maturities to ensure their assets more closely match the long-term nature of their pension liabilities.

But bonds can't earn enough to successfully fund a pension plan in the long term. To earn additional returns in an era of low bond yields – and to further hedge risks – some funds also use an extensive and complex derivatives strategy, using futures, swaps and other instruments to give the fund extra equity exposure without having to own a large traditional stock portfolio that is vulnerable to market volatility.

It is a strategy that is attracting wide attention in the pension community, says pension specialist Malcolm Hamilton of consulting firm Mercer, but one that funds all seem to define differently depending on the extent to which they fully adopt the model.

He says it is unclear yet whether the trend will stick, or will be abandoned if interest rates rise again and pension funds return to better health.

"In the case of the public sector pension plans that are practising this, it's a relatively recent phenomenon," Mr. Hamilton says.

Mr. Keohane says HOOPP is in for the long haul, noting he pitched the idea in 2006 when stock markets were soaring and the need to reduce risk was less obvious.

It was not initially an easy sell. When HOOPP sold much of its stock portfolio to buy bonds in December, 2007, he says he secretly hoped the stock market would have a weak year in 2008 so he wouldn't have to justify missing out on big stock market gains in the very first year of the new strategy.

"You should be careful what you wish for," Mr. Keohane now says.

As it turned out, stock markets headed into a severe tailspin in 2008, triggering an economic crisis that is still plaguing the globe. HOOPP had launched its risk reduction strategy at the exact moment it could most prove its value.

But despite the early LDI success, the model is not risk-free.

HOOPP's huge derivative portfolio dwarfs its portfolio of stocks and bonds. The fund has $20-billion alone in equity short positions. As of Dec. 31, it also reported $14-billion of securities sold under repurchase agreements, and $8-billion in other derivatives such as equity options.

Its array of derivative contracts have a total notional value of about $200-billion, including all the currency hedging and swaps that are layered together to protect its investments.

It all adds up to major credit risk if counterparties to those positions should fail to honour their commitments. Mr. Keohane argues the risk, however, is widely spread to ensure no single exposure could cause major damage, and the short position is "perfectly offset" to ensure it is hedged by other instruments.

"It's what allows us not to own 60 per cent in equities, so by taking these other smaller, incremental risk, it allows us to take the equity risk way down. And the overall portfolio risk goes way down," he says.

HOOPP's large bond portfolio is also at risk of falling in value if or when interest rates rise again. But because pension funds also measure the size of their funding commitment – the liability side of their equation – using bond yields, Mr. Keohane says HOOPP will actually end up better funded if interest rates rise. The drop in the size of the funding liability will outpace the drop in the value of its bond assets, and HOOPP's funded position will strengthen rather than weaken.

Perhaps the greatest risk comes from what HOOPP is not heavily invested in – equities. If bonds languish for years and if stock markets soar, HOOPP will lose out on returns captured by pension funds with bigger stock portfolios.

He says he's willing to accept doing worse than peers in some years, however, because the risks of LDI pale in comparison to the far larger risk of investing 60 to 70 per cent in equities – a typical proportion for a pension fund – and facing the possibility of being thrust into major shortfall position after just one year of major market losses.

"We want to take enough risk to earn the return we need, but not more than that," Mr. Keohane says. 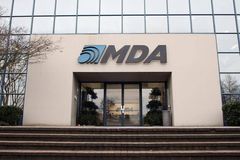 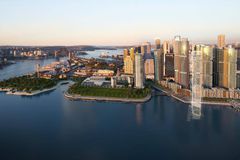