Five years of low interest rates and erratic stock markets have stripped away the fat returns that used to cover up wastefully high fees and commissions.

So let's talk about controlling your investing costs. Provincial securities regulators have set the scene well for a national dialogue on this topic. Late last year, they announced a review of the fees for investment advisers that are invisibly folded into mutual fund fees. And in the first half of 2013, they will start phasing in new disclosure rules requiring investment firms to show investors the actual dollar amount of the fees they're paying (improved account performance reporting are also coming).

Another way to help investors understand more about fees is to start a roll call of low-cost investment companies. The Colonel Blimps in the mutual fund industry will hate this because their business model is built on charging high fees. A few companies recognize the importance of keeping costs low for investors, and we'll catch up with them gradually in this column through the year.

Let's start with a newcomer to Canada, Vanguard, a mutual fund and exchange-traded fund giant that has been a global force for lower fees. Vanguard is not the lowest-cost ETF company in every category, but it has the most consistently cost-competitive lineup in the Canadian market.

The background here is that Vanguard isn't a traditional investment company, with shareholders who demand rising profits. Instead, Vanguard is owned by its funds, which are in turn owned by investors.

"We call it a mutual structure," said Atul Tiwari, managing director of Vanguard Investments Canada Inc. "Since we're not a public company, we don't have quarterly earnings pressure, and since we're not a private company in terms of being owned by a family or a few people, we don't have to meet their interests or expectations. Ultimately, what this does is align our interest squarely with those of our clients, the fundholders."

Now, some caveats: Vanguard's TSX-listed lineup of 11 ETFs is fairly basic, its Canadian ETF customers pay higher fees than Americans and it doesn't always use the most recognizable indexes for its ETFs. It's not a flawless company, but it is one with a unique emphasis on keeping fees low.

These Guys Are Cheap

The ETF company Vanguard is client-owned, which means there are no shareholders who demand rising profits. The result is some of the lowest-cost ETFs available. Here's a selection of ETFs that Vanguard's Canadian subsidiary has listed on the TSX.

Mr. Tiwari said the company operates at cost and charges only what's required to run its mutual funds and ETFs. In 2011, he said, the difference between Vanguard's fees and the median industry cost in the United States amounted to $15.7-billion (U.S.). "We say that's money that stays in client's pockets."

Industry figures show Vanguard has over the past year or so captured a small $418-million (Canadian) share of the $54-billion in total ETF assets here in Canada. In the U.S. market, where it has been offering ETFs for more than a decade, Vanguard has been a major success story.

The company is the third-ranked player both in the U.S. ETF market and globally behind a pair of much more established players – BlackRock's iShares family and State Street's SPDR lineup – and it has two of the most popular ETFs on a global basis. The Vanguard MSCI Emerging Markets ETF (VWO) is third-ranked by assets, and the Vanguard Total Stock Market ETF (VTI) is ranked ninth.

Management fees include most, but not all, of the costs associated with owning an ETF. The management expense ratio is a more inclusive measure of fees, but several Vanguard Canada products are too new to have produced an accurate MER figure. The Vanguard funds that have been around long enough to produce an MER could soon be falling in cost.

Mr. Tiwari explained that the MER for Vanguard ETFs includes three components – the management fee, HST on the management fee, and fees and costs associated with an independent review committee, which is required by regulators to monitor any conflicts of interest. Vanguard started in Canada by charging the cost of the review committee to the fund, but it stopped doing this in August. MERs for Vanguard funds should decline by roughly 0.03 to 0.08 of a percentage point as a result of this change.

Vanguard's goal is to have MERs that are based on the management fee plus 0.01 or 0.02 of a point to cover HST. MERs charged by other fund companies may include the cost of currency hedging in some cases, but Vanguard eats this cost rather than passing it on. "We didn't want investors to make the decision on whether to hedge or not hedge on costs," Mr. Tiwari said. "We want to be neutral on cost, so it's up to the investor in terms of how they want to run their portfolio."

More of Vanguard's low-fee militancy can be seen in a recent move affecting four of its TSX-listed products and 22 funds listed on the New York Stock Exchange. These ETFs will be converted from indexes maintained by MSCI, a global giant, to indexes created by FTSE and the University of Chicago's Center for Research in Security Prices (CRSP).

The shift has been framed as a way of basing Vanguard ETFs on more widely diversified indexes. However, there's also speculation that the licensing costs set out in the deal signed between Vanguard and FTSE-CRSP will create room for lower fees.

Vanguard's aggressiveness in keeping fees low actually benefits all ETF investors. Both in Canada and the United States, competing ETF providers have been lowering the cost of owning their products. For some specific examples, check out this post on the ETF Insight website.

In the U.S. market, Vanguard was able to piggyback its ETF business on top of a highly successful, long-standing index mutual fund business. Here in Canada, the company is much less well known and thus has some work to do in building its profile with advisers and investors.

Vanguard's lower Canadian profile is reflected in the modest trading volumes of many of its TSX-listed ETFs in comparison to more established products from the iShares, BMO and Horizons families. Buy-and-hold investors needn't worry about this, though. Vanguard trading volumes are adequate now, and they'll pick up as more investors and advisers discover them.

It's cost where Vanguard ETFs really stand out. Fees are among the lowest in the industry already, and there's solid potential for them to decline further. If you want to control your investing costs, Vanguard is an ally.

Petrified by the stock market? Here's a way to inch back in
December 28, 2012 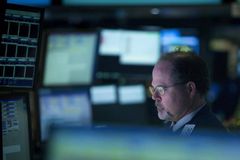 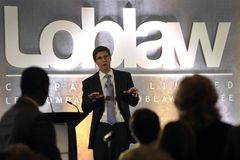 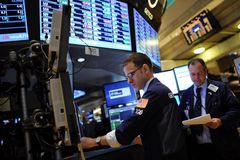