A quick glance at the latest news from the high-growth outposts of the world shows that inflation is rapidly turning into a front-burner issue, as officials grapple with the fallout from rising food and energy costs, loose monetary policies and the flood of hot foreign capital that has driven up asset prices.

Last week, Thailand and South Korea boosted interest rates, and China's central bank ordered commercial lenders to stash more cash in their vaults for the seventh time in the past year - all in an effort to reduce the supply of cheap credit. The Brazilian government has promised budget cuts, but is reluctant to raise rates, which would boost the value of an already strong currency.

The inflation-is-nigh crowd argues that it's only a matter of time before this inflation wave hits the shores of industrial countries, which are just as guilty of keeping expansive fiscal and other currency-debasing policies around much too long.

"It seems to me that most of the developed world is accepting inflation as what it believes to be the lesser of the various evils that it can pick from," Peter Schiff, the noted contrarian U.S. investor, author and gold bug, told me last week.

Politicians facing fat budget deficits need to dramatically cut spending or boost taxes, neither of which would help them get re-elected, Mr. Schiff said. "So what can they do? They can inflate. They can print money and pretend that these benefits are free. They can borrow money; the central banks can monetize it and call it quantitative easing. You can dress it up in any kind of fancy packaging you want. But it doesn't change the reality: It's inflation."

That, counters Bay Street veteran David Prince, is a load of potash, or words to that effect. Mr. Prince, principal of Harbinger Capital Markets Research, doesn't want to leave the impression that inflation will not become a problem at some point. He just thinks it's a mistake for investors to assume it's coming any time soon.

"The hysteria about the imminent arrival of inflation disturbs me a great deal," Mr. Prince says from his usual office perch in front of a bank of computer screens displaying his beloved indexes and charts (the latter being the aptly chosen word on his licence plate).

He points to an old favourite, the Baltic Dry Index, to illustrate his point. Through the course of 2009, the inflation fear-mongers were citing rising shipping rates as a sure sign that resource prices were about to go through the roof. But after peaking during the euro crisis last spring, this gauge of bulk cargo rates has since fallen to an 18-month low.

He acknowledges that shortages of grains and some other resources and aggressive buying by index funds have been putting undue pressure on commodity prices. But he argues that the supply problems could prove temporary, and hence not inflationary. High prices for base metals will prompt increased production. And oil prices are typically self-correcting, because of the dampening effect high energy costs have on economic growth.

"A great deal of the inflation scare comes because people are so riveted on commodity input prices and overwhelming demand from emerging markets. There is a constant bombardment of 'shortages.' And yet we have consistently proven that if there is a shortage of one particular thing, there has been development of a new product."

Mr. Prince, who played a key role in the creation of the world's first exchange-traded fund nearly 25 years ago, provides global market insights and trading strategies to institutional and other clients. He targets his weekly reports at investors searching for "a different view from what is being preached on the Street."

Deflation, he argues, remains the serious market threat. The billions of dollars pumped into the financial system by central banks have translated into a slight recovery in consumer spending. But in the United States, where housing prices are continuing to fall, the jobless rate is still high and wage pressures are well contained, it may not be sustainable.

The rebound in the stock market has been a huge boon to both consumer and business confidence. But any serious correction would unleash another downward spending spiral, he says. The last major contraction in global equity values in 2008 and early 2009 "occurred faster than central bankers could inject money into the system."

Potential policy mistakes also pose an ever-present risk. Too much government austerity, and we could be staring at deflation. And any increase in deficit spending would almost certainly be inflationary.

"To have a money manager who is permanently entrenched as an inflationist is going to guarantee you lose money," Mr. Prince says. And the same, he says, is true of the diehard deflationists. "Dogmatism is not a good investment strategy." 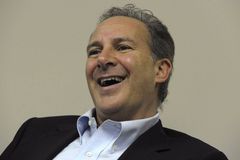 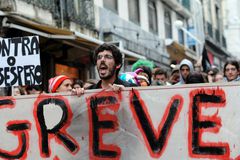 Chinese energy needs send uranium market soaring
January 16, 2011
Follow Brian Milner on Twitter @bmilnerglobe
Report an error Editorial code of conduct
Due to technical reasons, we have temporarily removed commenting from our articles. We hope to have this fixed soon. Thank you for your patience. If you are looking to give feedback on our new site, please send it along to feedback@globeandmail.com. If you want to write a letter to the editor, please forward to letters@globeandmail.com.
Comments