Blame the hapless Greeks, the bullying Germans, less confident U.S. consumers or the slowing Chinese juggernaut. All of them made for troubling headlines Friday that sent a wave of worry crashing into global equity and commodity markets.

Markets can be tough to navigate at the best of times. And these are far from the best of times. The welter of conflicting news and views and a spike in volatility have persuaded plenty of people to stay on the sidelines and driven others to the comfort of U.S. Treasuries. For those still on the muddier playing fields, the right approach is simply to ignore the scary headlines, focus on the numbers and squelch the emotions that can lead to lousy decisions. Or is it?

Anxiety and doubt are a fact of life for traders, money managers and ordinary investors, says Denise Shull, an expert in market psychology. "This is the curse of having an ongoing relationship to something as uncertain as the markets," she writes in her new book, Market Mind Games, an effective effort to debunk the long-espoused notion that emotion and successful investing are not compatible.

It isn't emotion that's the problem, she argues, but the failure to analyze its sources and to use that knowledge to guide market actions.

Ms. Shull, who specializes in neuro-economics, is a former Chicago options trader who never could get her head around the dictum that feelings and intuition have no place in the numbers-driven world of modern trading. People entrusted with other people's money, she was told, must stick to their rational strategies and avoid letting their emotions and biases cloud their judgment.

That's a big mistake, because it's simply not possible for market players – or anyone else – to purge emotion from decision-making, Ms. Shull says by phone from New York, where her risk consulting firm, ReThink Group, is based. "In reality, they can't. We should be treating emotion as another source of information and data. But we don't. We should be doing it in an organized way. If we did that, we'd not only be able to manage our risk much better but would also ultimately be able to come up with more viable [trading and investing]strategies."

In one of her training sessions for new hires at a major U.S. bank, she explained the latest research that has affirmed the crucial role of emotions in all decisions. A couple of the newbies fresh out of schools like MIT graded her talk a zero on a scale of one to five.

Why? "I basically told them that all that money they just spent on their quantitative degree wasn't the answer."

The quants and their complex computer models may not want to hear it, but the markets remain essentially social games played by a vast number of individuals, most of whom bounce somewhere between the fear of losing money and the fear of missing out on a profitable opportunity. "But they don't know it and they're trying purposely to set that fear aside. They ultimately lose that war, because logically and evolutionarily, at least, that fear is actually trying to protect you."

Trading formulas and market theories, such as the formerly revered efficient-market hypothesis, that fail to account for human emotions can't possibly produce an accurate picture of the markets.

To be consistently successful, investors have to be able to make social predictions, Ms. Shull says. In other words, get into the heads of other people and figure out what they are most likely to do.

"It's not as hard as it sounds," she says with a laugh. "We all are doing social prediction all the time, just to get through the day. We're just not conscious of it." It's what keeps us, for example, from bumping into others on the street. "Our brains are built to do social predictions. But no one has ever said: 'Hey, we should use this natural inborn trait to help us make market decisions.'"

In essence, "all you really care about is that someone down road will consider that stock worth more or less than you do now," she says. People who think of the market in those terms will be better at predicting what's likely to happen and therefore make better choices.

One client, who manages more than $1-billion (U.S.) of other people's money, told her that what helped him most was to remember that he is trading against other traders and their perceptions.

The average investor "doesn't have to know what my client is doing next. You just have to think about the other people like you who are investing."

That could help people avoid getting caught up in that most dangerous of emotions: the fear of missing out on the party. Research has shown that people worry more about FOMO than losing money. Which explains the frenzied demand for certain stocks with a sexy story (Is that Mark Zuckerberg listening at the keyhole?), driving them to levels not justified by either their prospects or track record.

The stock market is much less a numbers game than it seems to those who ignore its important social context – namely, what other people are going to value. "At the end of day, everybody can ask themselves: If I buy Apple today, is my neighbour down the street going to pay more for it in two years?" 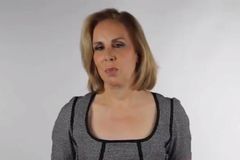 U.S. edges toward recovery without help from housing
February 5, 2012 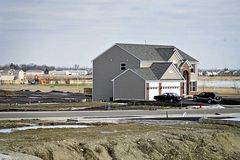 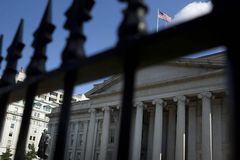 Plenty to be optimistic about, just avoid the harbingers of gloom
January 15, 2012 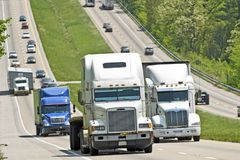