Investing is becoming more of a grind. Expect it to stay that way.

Analysts, mutual-fund managers and other forecasters are telling investors to expect lower returns from stocks and bonds in 2016 than in past years. They're also predicting more severe swings in prices. Remember that 10-per-cent drop for stocks that freaked investors out in August? It likely won't take another four years for the next one.

The good news is that few economists are predicting a recession in 2016. That means stocks and other investments can avoid a sustained slide and keep grinding higher, analysts say. Next year is expected to look more like this year, with gyrating stock prices on track to end close to where they started, than like the bull market's euphoric earlier years like 2013 and its 32-per-cent surge in the Standard & Poor's 500 index.

"You have to be realistic and think the outsized runs we've had – in 2013, for instance – are pretty unlikely," said Mike Barclay, portfolio manager at the Columbia Dividend Income mutual fund. "Trees don't grow to the sky."

The list of reasons for muted expectations is long. Economic growth around the world remains frustratingly weak, and earnings growth for big U.S. companies has stalled. Stock prices aren't cheap when measured against corporate earnings, unlike the early years of this bull market. The Federal Reserve also just lifted short-term interest rates for the first time in nearly a decade. Besides making all kinds of markets more volatile, higher rates could also hurt prices of bonds in investors' and mutual funds' portfolios.

The investment bank Barclays gave this succinct title on its 100-page outlook report for 2016: "Curb your expectations."

While it's worth knowing the general sentiment on Wall Street, it's also worth remembering financial forecasters have a spotty record for accuracy.

Analysts cite a long list of risks that could upend their forecasts. Investments could tank if an unexpected spike in inflation rips through the global economy, for example, or if the slowdown in the world's second-largest economy, China, ends up even more severe than feared.

But there is some comfort in the subdued forecasts – they are a sign that the greed and mania characteristic of past market peaks, such as the dot-com bubble, may not be a problem.

"We think investors will be rewarded over the next five to 10 years with decent inflation-adjusted returns," said Joe Davis, global head of the investment strategy group at mutual-fund giant Vanguard. "That said, they will likely pale in comparison to the strong returns we've had over the last five."

Here's a look at how analysts see investments shaping up in 2016:

Corporate profit growth hit a wall this year, as plunging prices of oil and metals slammed energy and raw-material producers, the stronger dollar hurt exporters and economic growth remained tepid. Analysts expect profits to stabilize next year, but companies across many industries are groping for revenue growth amid the still-slow global economy.

Stocks in the S&P 500 are no longer cheap relative to their earnings, the most common gauge of stock prices. The index is trading at 17.2 times its earnings over the last 12 months, higher than its average of 14.5 over the last decade. The cyclically adjusted price-earnings ratio, a measure that looks at price and longer-term earnings trends popularized by economist Robert Shiller, is also more expensive than its historical average.

These already high stock prices leave little room for them to rise further without some impetus from the economy or better profits.

Investors should also brace for dips. The market's big drop in August was so rattling because it hadn't happened since October, 2011, an abnormally long time. Since the Second World War, investors have been hit with drops of at least 10 per cent every 19 months, on average.

Goldman Sachs strategists are forecasting the S&P 500 will end 2016 at 2,100, which would be a 3 per cent rise from Tuesday's close of 2,039. Barclays expects the index to rise 8 per cent, and Deutsche Bank expects it to rise 10 per cent.

All would be a step down from past results. The S&P 500 gained 15 per cent annually on average from 2009 through 2014, not including dividends.

Investors have a strong yen for foreign stocks. They poured a net $208-billion (U.S.) into international stock funds in the last year, while pulling $56-billion from U.S. stock funds.

One reason for the migration is that investors want to make their portfolios look more like the broad market. Foreign stocks make up about half the world's market value.

Also, central banks in Europe, Japan and elsewhere are pumping stimulus into their economies to drive growth, when the Federal Reserve is moving in the opposite direction.

And earnings growth in Europe and other regions looks to be accelerating more strongly. Dale Winner, portfolio manager at the Wells Fargo Advantage International Equity Fund, expects profits for European companies to grow in the neighbourhood of 15 per cent. For U.S. companies, meanwhile, he's expecting close to zero growth.

Investing in foreign stocks, though, can introduce new risks. Changes in the value of currencies can skew returns, and growth from country to country can be uneven. For example, as China shifts its economy toward consumer spending and away from heavy industry, it is hurting Brazil and others that produce the commodities that China used to be so voracious for.

One of bond investors' biggest fears has arrived, now that the Fed's raising rates again.

Prices of bonds in mutual-fund portfolios drop when rates rise, because their yields are less attractive than those of newly issued bonds. But analysts say Armageddon isn't arriving, even though critics have long warned about a "bond bubble."

Most importantly, the Fed plans to increase short-term rates slowly and by very small increments. "Lower for longer" has become a mantra among bond investors. Longer-term rates, meanwhile, depend not just on where the Fed is heading but also inflation, and many investors don't see it getting out of hand. 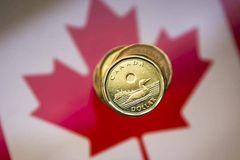