Iron ore's in the firing line. Futures sank by the most this year as steelmakers in China facing a decline in profitability switch back to using more lower-grade material, cutting into demand for higher-quality ore, according to China Merchants Futures Co.

In Singapore, the most-active SGX AsiaClear contract lost as much as 4.4 per cent to $71.24 a metric ton, the biggest drop since December, and traded at $71.94 by 5:13 p.m. On the Dalian Commodity Exchange, futures tumbled 3.5 per cent to the lowest close in more than three weeks.

"Steel profitability has deteriorated recently and producers are starting to replace high-quality ore with low grades, which are more cost-efficient," Zhao Chaoyue, an analyst at China Merchants Futures, said in a text message on Tuesday. "The restocking cycle -- where mills build up their raw materials inventory in preparation for output restarts -- has also come to an end."

The shift in preferences may be seen in the difference between benchmark 62-per-cent iron content material and lower grades. While benchmark ore delivered to Qingdao fell to $76.61 a dry ton on Monday, extending a 1.7-per-cent loss last week, the 58 percent product rose to $42.92 after a 1-per-cent gain last week.

In New York trading on Tuesday, shares in Brazilian iron-ore giant Vale sank 4.8 per cent at 10.57 a.m., the steepest intraday drop since May, while U.S. producer Cleveland-Cliffs Inc. was down 2.6 per cent.

Benchmark iron prices will decline to average $50 between April and June, according to Barclays's Dane Davis, while ING has said they'll sink below $70 this quarter and are seen at $55 in the second to fourth quarters. China Merchants's Zhao said: "Iron ore's going through a period of correction."

Iron ore's fall comes against a backdrop of plentiful supplies, with miners adding cargoes and record holdings at China's ports. Stockpiles stand at 154.4 million tons, enough to cover more than 50 days' of imports, according to Bloomberg calculations based on Shanghai Steelhome E-Commerce Co. data.

One of the drivers of the decline in mill profitability in China has been weaker steel product prices. Spot reinforcement bar, a product used in construction, has slumped into a bear market after peaking in early December at the highest level since 2008, according to Antaike Information Development Co. 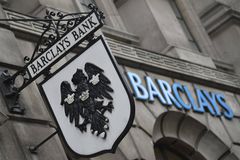