A recent article in the ROB suggested that the defensive moat surrounding some of Warren Buffett's core holdings may be eroding. In particular, Coca-Cola Co., International Business Machines Corp., Procter & Gamble Co. and Wells Fargo & Co. were singled out as candidates for a critical review due to declining revenue trends.

It is a bold investor who will challenge Mr. Buffett's track record, but maybe there is some truth to this allegation. So, how can the individual investor separate iconic names whose defensive moat remains impregnable from those such as Eastman Kodak and Polaroid, which were iconic names en route to oblivion?

My approach is to examine the marginal, or incremental return on equity (ROE), for the company. This is a calculation that I have suggested in the past for evaluating the value-added of management when shareholders are asked to approve the compensation package at the annual meeting. It is a handy tool in every investor's work box.

In simple terms, marginal return on equity answers the question: How much extra has management earned on the assets retained in the business over the past few years? A marginal return on equity less than the historical record of the company suggests that new opportunities are generating lower levels of profitability. This may indicate that the defensive moat is eroding and that margins are under pressure.

Although the concept sounds complicated, the calculation is relatively easy. Simply go back five years or more and calculate the increase in book value (net worth) per share for the company. This represents the per share amount of profits that management has chosen to retain in the business to generate future profitability. Now go back over the same time frame to see how much earnings per share have increased. Divide this number by the book value increase. The percentage result is the incremental return on incremental investment, or what I call the marginal return on equity.

This calculation is obviously sensitive to beginning and end dates, so you should be wary of years in which there are write-offs or realized gains. Repeat the exercise over a series of time frames for a better picture of the trend in marginal ROE.

Based on this analysis, what behaviour pattern should we expect from a company with a strong defensive moat and attractive investment opportunities going forward? We would expect them to retain a significant portion of each year's earnings per share (EPS) for reinvestment in the business, thereby increasing book value per share. A healthy increase in EPS would validate this strategy, leading to a high marginal ROE.

Turning our attention to the four companies in Mr. Buffett's portfolio with questions looming over their defensive moat, what does this analysis tell us?

In other words, management of three of these four companies either reduced or retained very little of the shareholder capital generated in the business since 2010, either by dramatically increasing the dividend rate and/or buying back shares in the market. IBM, for example, has reduced its share count by 20 per cent since 2010, while Coca-Cola and Procter & Gamble have seen a 6-per-cent reduction.

This type of financial engineering is the correct strategy for a dominant company in a mature industry. In fact, it looks a lot like an income trust. There is nothing wrong with an income trust as an investment, but it is not what you think of as a defensive moat protecting a proprietary product or service with above-average profit margins. By its behaviour, management is telegraphing to us that shareholder value is being maximized, not by building a strong business behind a defensive moat, but by selling the crown jewels and distributing the proceeds to shareholders.

We don't know why Mr. Buffett chose to buy and hold these investments, but, except for Wells Fargo, if it has anything to do with a "defensive moat," he would be well-advised to look elsewhere.

Beware of keeping up with the Joneses when investing
May 4, 2015 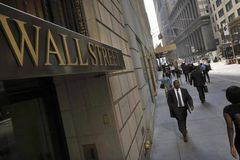