Detour Gold Corp. has risen eightfold since late 2008, buoyed by exploration success at an Ontario property. Ventana Gold Corp. rallied nearly hundredfold on the strength of a Columbian mineral find, before it was snapped up in a takeover last year.

With these kinds of outsized gains, investors can be forgiven for wondering where they might find the next Detours or Ventanas, companies able to turn a small grubstake into some very serious money.

The trouble is, junior explorers, while offering dramatic gains, pose a bewildering problem: The extreme difficulty of stock selection. Small mining outfits are the most common type of security listed on Canada's two equity markets. There are about 2,100 junior mining companies in the country, outnumbering bigger mining companies with actual producing mines by nearly 10 to one.

To help investors along, here are some stock-picking tips from the pros – mining analysts whose job is to steer their clients into the most promising of the juniors.

But be forewarned: The vast majority of exploration companies are faint-hope propositions, giving the junior space some of the worst odds for investors outside of a lottery ticket. Most companies will never pan out.

"You're probably looking at about 2 per cent [that develop a mine]" says Michael Fowler, mining analyst at Loewen Ondaatje McCutcheon Ltd., a brokerage house that specializes in junior companies. "So that's your chance."

In his view, the sector is more akin to speculating than investing. Those taking a flyer should only use money they can afford to risk, a maximum of 10 to 15 per cent of a portfolio.

"It's certainly not anything that you should rely on for your RRSP, for your retirement," Mr. Fowler says.

Analyst John Ing at Maison Placements Canada Inc., who has kicked the tires of junior miners for several decades, says one of his rules of thumb is to avoid promoters with a history of touting companies that eventually tank.

"There are as many stock promoters as there are sands on the beach," Mr. Ing observes.

Chief among his concerns are whether promoters have previously had "some success, or whether they just had a series of going from one pump-and-dump to another pump-and-dump," referring to the practice of talking up a stock while surreptitiously selling to those gullible enough to swallow their optimistic line.

It is sometimes helpful to follow in the footsteps of miners with a record of success, such as Robert McEwen, founder of Goldcorp Inc. , who is now involved in a number of junior companies, Mr. Ing says.

Another item to watch: The history of the property being drilled. Mr. Ing says it isn't uncommon for promoters to dust off properties that didn't pan out previously in the hopes of roping in a new group of unwary investors. "It helps to have a memory," he says.

Another common-sense rule: Don't bet the farm on just one junior. A better approach is to assemble several companies and hope that the money made from the winners exceeds the cash lost from the losers.

"It's a risky sector, and therefore you just have to spread your investments in several companies," says Ronald-Peter Stoferle, an analyst who follows Canadian gold miners at Erste Group Bank AG in Vienna.

Mr. Fowler, who teaches a course on how to invest in juniors at the annual Prospectors and Developers Association of Canada convention, says one approach that minimizes stock selection risk and maximizes the chances of decent returns is to try to time the market. Before the 2008 crash, for instance, juniors as a category were sky-high, and should have been sold. They cratered during the crash and haven't fully shared in the recovery of the wider market, suggesting that inexpensive valuations now prevail.

"This is a time when people are kind of negative, a little fearful," he says. He advises selling into market froth, when "you're so enthusiastic you're feeling as though it will go up to the moon."

Killian Charles, who follows miners at Industrial Alliance Securities Inc., likes to look at how a company deals with first nations and environmental assessments. Environmental problems and native opposition are two of the biggest threats to timely mine development, and handling them successfully suggests a company has better prospects and more competent managers.

"It shows that they're smart enough to recognize that if they want to advance this project in a reasonable time frame, that they're looking into every single issue, not just drilling out a huge resource," he says.

Ultimately, Mr. Stoferle says, any junior able to make a reasonable discovery will have upside, particularly from takeovers by major mining companies seeking to expand.

"The big companies desperately need high-quality deposits in stable jurisdictions," he says. "From a risk-reward perspective, I think this sector is the place to be."

Buffett does not care for gold
February 9, 2012 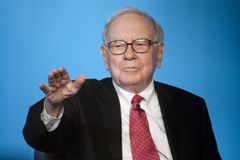 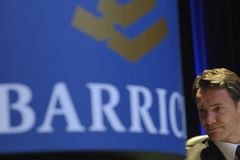 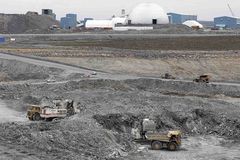 Investors don't give Barrick the respect it deserves
February 13, 2012 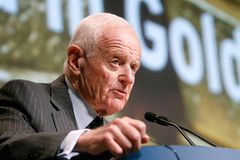